Liverpool, Everton And The Unthinkable Act Of Switching Sides: Are Turncoats The Most Fervent Fans? 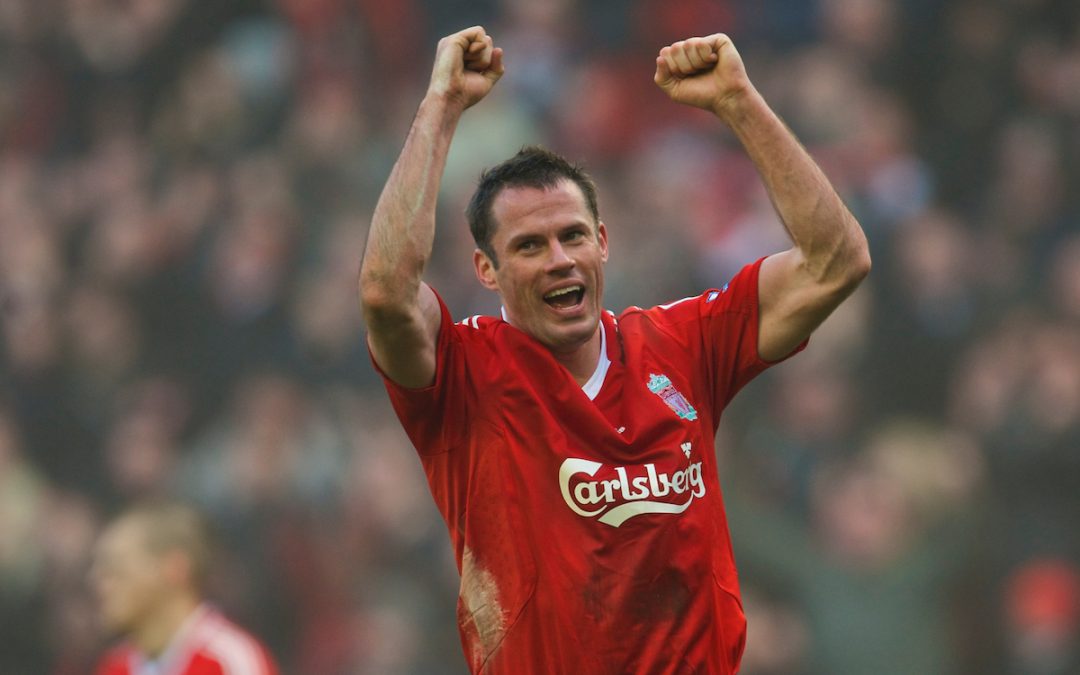 I bumped into a good Red friend this week at a GSCE awards night at my daughter’s school.

Peter Harvey and I go back years, to school days in Crosby, Merseyside but more memorably to the local betting shop throughout our student days in the late 1980s.

Post millennium, Peter and I used to go at it hammer and tongs over Rafa Benitez. We would ruin post-match nights out by dominating the conversation with our back and forth over my sacred Raf Raf. Harvers, as we call him now — a moniker that suits his educated Liverpool drawl — used to deliver cold, precise critique of the Spaniard while I defended Benitez to the hilt. Eavesdroppers might easily have imagined us as gnarly silks in court; the finest grey wigs concealing our receding hairlines as we went head to head over Rafa at the “bar”.

Rafa moved on and so does life.

We lost touch a bit but Peter and I remained friends; his uniquely bawdy sense of humour not worth giving up for petty squabbles over Liverpool managers. But, we hadn’t seen each other until he accompanied us to sunny White Hart Lane last August. We missed the kick off in true, laconic not-arsed Scouse style, saw a good match play out to 1-1 draw and enjoyed a roister like never before, on the train home. It was great to catch up.

Peter married into a family of staunch Evertonians. When we met on Monday, he revealed to me he’d started going to the match again inspired by rescuing his youngest son from the “dark side”. Young Dan Harvey, seven years old, had been taken to Goodison by the in-laws. Last year he’d even captained his football team to a cup final win at Goodison so he has good memories of the place. The poor mite was firmly on an unsure path to becoming a Bluenose. 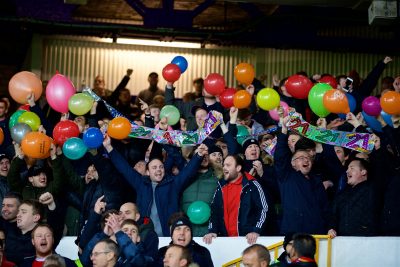 Like the excellent father he is, Harvers intervened. He took Dan to Anfield. Peter reminisced on the walk past Stanley Park about his own Kop debut – against a toothless Wolves in 1979; the visitors led by a fading Emlyn Hughes, when Peter “had to wait a whole four minutes for King Kenny Dalglish to score”.

Peter not only recalls Wolves spindly winger Dave Thomas, socks rolled round tiny ankles getting the bird from the caustic Liverpool patrons, but the pageant of a swaying Kop dressed in red. Like any child would be, Peter was hooked. He was a Red.

Of course, the same beautiful thing has now happened to youthful Dan. Can you blame the lad?

The colourful, modern Main Stand coupled with the overwhelming, irrepressible drama of The Kop singing You’ll Never Walk Alone saw him switch in an instant. In that moment, before a ball had been kicked, he was spared a lifetime’s disappointment; the broiling anger and the emotional vacuum that comes with being a Blue.

Peter didn’t have to do or say anything. He just lifted his son high, Anfield did the rest. “It was like stepping into sunshine,” journalist and marketing professional Peter mused.

From the cold, undecorated, mean-spirited church that is oft-silent Goodison to the seduction of glorious Anfield’s noisy Technicolour Cathedral. Here, a true place of worship, where supporters’ ashes are tossed, blown and buried in front of a beautiful crimson altar that goes by the name of The Kop.

It occurs to me that converts often become the most passionate advocates. As S.J. Connolly once wrote about the descendants of Anglo-Norman settlers in Ireland, they became hibernicized – a threat to the English crown in becoming “more Irish than the Irish themselves”.

The invaders soon preferred and adopted Irish manners, customs, and habits. For England versus Ireland in the 14th century, now read the frugal fare of Goodison succumbing to the lavishness of Anfield in 2018 for Dan Harvey and his fellow turncoats.

Dan isn’t alone in swapping sides as a young man. Another great mate of mine – alright Arch! – was billeted up in Southport, Merseyside as a lad; just 19 miles from Liverpool City Centre but a world apart, and a Manchester United hotbed in parts. Arch followed the Red Devils at school. Years on, while at college he started knocking round with a few Blues. The conversion didn’t take long, with a night-time trip on a Scouse excursion to Chelsea the clincher. He remains a committed, loyal Evertonian; one of the finest, albeit bitter, Blues I know. And, a very nice lad to boot.

Sorry about the above mate, buy you a pint next week?

I remember another pair of brothers at school. Both were Reds during their early teens but even twins fall out. Andy was a devout Red and so too was Phil until he turned Turk. Phil went full-on Blue overnight just to spite his bro and moved to the other side. I’ve not seen or heard of them for years but I bet Red deserter Phil has a phone that still rings out to Z Cars.

On the pitch it’s often the same. Ian Rush, Robbie Fowler, and Michael Owen went from boyhood Blues to idols of The Kop. There are even pictures knocking round – if you search long and hard enough – of Steven Gerrard in a blue shirt. For different direction of travel, not many people know that a young Peter Reid attended the 1965 FA Cup final against Leeds as one of Shanks’ Red Army, years before he became a Goodison legend worthy of the motto, Nil Satis Nisi Optimum. 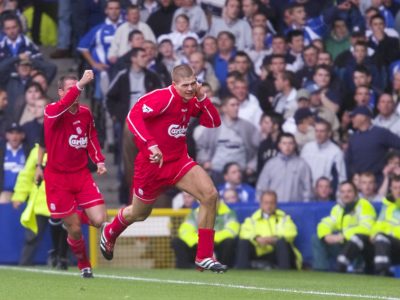 Then there’s the classic case of Jamie Carragher. Brought up a rabid Blue by his dad, Philly, he wore an Everton shirt under his Liverpool Academy training gear. Carra, though a svelte Melwood apprentice in the entire Kopite gear, left his skin unstained by Red, protected by his Blue bullet-proof Everton vest.

A footballer of such ferocity, drive and no little ability was bound to “make it”. He would debut in 1997 with the Liver Bird upon his chest. If there was a semblance of blue blood left in his heart it would be well and truly drained by the Everton vitriol coming his way during those formative red shirt years. Carra became of the deepest Red, a Liverpool legend not just for his million appearances but for his devotion to the Kopite cause. His loyal father too, an equally passionate and well-travelled Blue, went the same way. It’s a pleasure to bump into Philly round our way and attempt to decipher the Scousest accent of all time as we talk about The Reds.

We don’t have to be so pure. Not every single one of us is born a Red; or will die a Red.

By the way, I’m quite into Spurs at the moment, although I doubt I’ll ever swap the Liver Bird for a massive Cock(erel).

Long live the converts. More fanatic than the fans themselves.

Take issue with me at Brighton. See you there and give me an AMEX-ican wave if you’re down there too.