Non-League Day: Bin Off Big Sam And Watch Some Real Football This Weekend 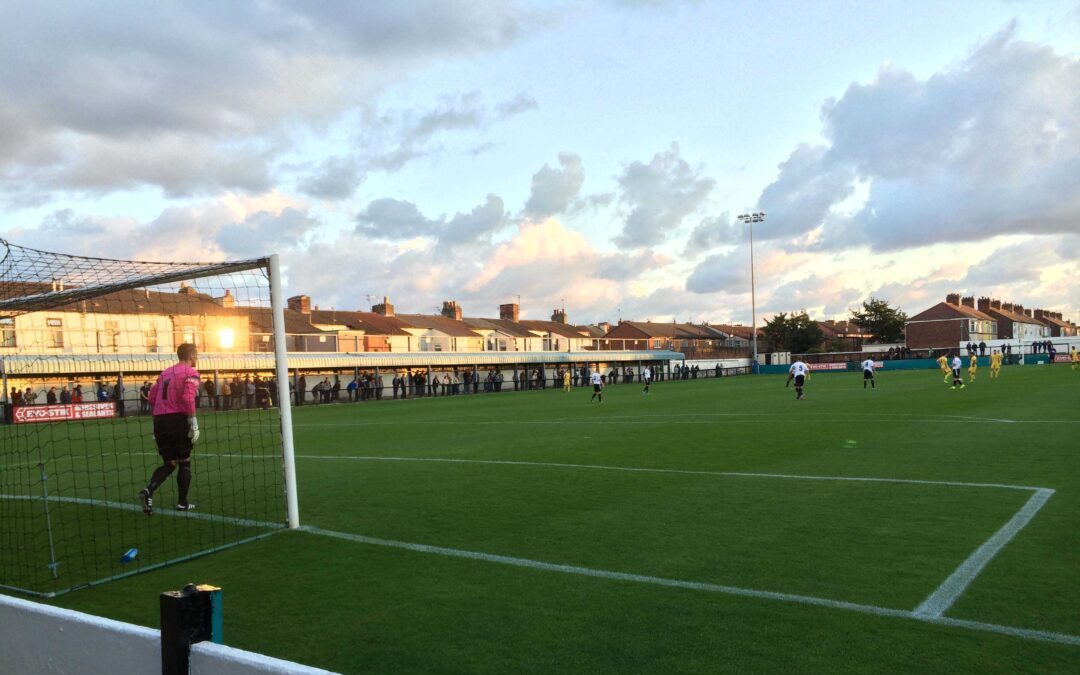 WOULDN’T it be nice to be able to go the match and come back with a full set of fingernails? To just sit and enjoy the game without being put through the emotional wringer?

As Liverpool fans, we are never afforded this luxury, writes RACHAEL HUNTER. The Reds seemingly have an extraordinary knack of making us suffer, and it’s only afterwards, once the dust has settled, that we can truly appreciate it for what it was.

That’s why non-league football can give you something different. A chance to enjoy a different kind of beauty in the beautiful game, support your local club minus the astronomical prices and the health risks, and put something back into the game you love where your pound matters.

Tomorrow is Non-League Day, and with the football powers-that-be deciding this weekend should be devoted to international football, it means we’re left waiting another week to finally see Liverpool play at Anfield this season.

So how to fill the gap. ‘Big Sam’ and England and the usual fuss about nothing? Or community-run football clubs, a chance – in most cases – to have a pint and watch the game, and a chance to take any younger members of your family who may need reminding that football isn’t only played on the telly?

READ: Giving Up A Lifetime Of Love For The Reds – Swapping The Premier League For Non-League

If you fancy giving hippo head and the Three Lions a swerve and actually going to a game at 3pm on a Saturday (old school), the Non-League Day website is really useful. Just type in your postcode and it will throw up the nearest games to you.

The closest 10 games to Liverpool are listed below. The Anfield Wrap will get along to (hopefully) a couple and write something up for the site next week. Burscough’s a tempter as it’s the magic of The FA Cup – the first preliminary round.

Non-League Day: The Club That Can’t Play Its Players

Non-League Day: Turn Off The TV And Do Something Less Boring Instead

The FA Cup resumes this weekend as we travel to @BurscoughFC1946

Another massive game this Saturday 3pm in the #EmiratesFACup Ashton Athletic v @Mossleyfc support your local side pic.twitter.com/Wj67d0BeOd

KIDS GO FREE | Children can watch the #Blues for free this weekend, with a paying adult. @nonleaguedayuk pic.twitter.com/JurQG84tPC

Our next match is at home to Dover Athletic in the Vanarama National League on Saturday, kick-off 3pm at the Merseyrail Community Stadium

And if you fancy an away trip…

It's @nonleaguedayuk this weekend – are you coming to watch the purples try & make it 7 games unbeaten? We're away at @OfficialDHFC 3pm, Sat

After Monday's win at Colls, next up, we travel to @AFCDarwen1 on Saturday afternoon. 3pm ko.

It's the big one this Saturday!! @EmiratesFACup and we are away to @MarskeUnitedFC – catch the match action here! pic.twitter.com/NvJiFYB2I9

Only one day to go until we play @PrescotCablesFC at Shawbridge on #NonLeagueDay2016. #COYB pic.twitter.com/Z7KJu6JV08