Liverpool And The Cups: Still A Marriage Worth Fighting For 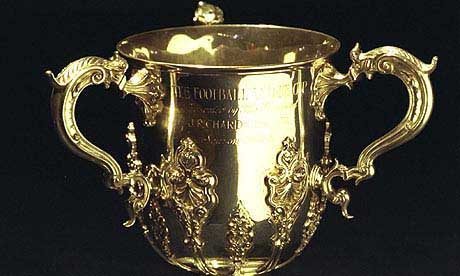 BURTON in midweek put us back on track. Burnley, though not forgotten, seems a less painful memory off the back of five unanswered League Cup goals in the East Midlands.

The League Cup always seems to do us a little favour here and there. And that’s what it is this year, just the League Cup.

After wondering all week what line of business they were in, I finally realised — eventually feeling a bit of a dope — that the “EFL” lads were into football, and leagues of football; all of the English persuasion. No sponsor this year for the poor relation of English football. No corporate love for the ugly duckling, with the mutant third hand(le), of a glory game sullied by dirty Premier League cash.

A sponsorless League Cup, however, reminds of football’s former purity; harking back to quirkier days when the sheer, unrivalled prestige of FA Cup (untainted by Emirates) put the “other” silver pot well and truly in the shade.

The irony is that, as the kudos and perceived importance of domestic cup football has suffered at the hands of Premier and Champions League obsession, there is now little to distinguish between the FA and EFL cups, other than the trophies themselves. We now have two supposed poor relations in the football family.

However, I hope I’m not alone in seeing a wider significance in cup football; an insight often missed by fans, pundits or indeed administrators not so steeped in or seduced by history.

I’ll absolve the players because, believe it or not, most of them are winners and they actually want to win. Unlike, one might argue, some organisations attached to football clubs in this parish, who shall remain nameless.

The “game of football” might fixate over the battle for top-four places and a place at Europe’s top table, but the domestic cups remain a crucial part of English football’s narrative; shaping history and direction – and none more so than at Anfield.

Here are some questions for you:

This week in the League Cup, Daniel Sturridge netted twice at Burton Albion from a central position, and sparks a media storm and public examination over his deployment on the right, on a bad day at the Klopp office in Burnley.

The EFL Cup game — televised live by Sky — fills this week’s Liverpool column inches. In the wake of cult hero Mamadou Sakho’s loan story, the Sturridge debate perhaps worries all but Klopp’s most ardent supporters. Conversely, the devoutest of Kloppites harden their stance against a lazy “whinger” with an attitude problem.

Not ideal, and all off the back of a League Cup second round tie in August. We’ll need to wait and see how this one pans out in the end, but it has an uneasy, acrimonious feel to it.

The cups always have a knock-on effect that shapes fans’ perception of managers; and often brings pressure to bear that alters history.

Bill Shankly ripped out his own heart when condemning his 1960s heroes to the soccer scrapheap, after a cup defeat at Watford. The younger Dalglish finally caved in after the infamous 4-4 draw at Goodison Park. Graeme Souness was sacked after losing to Bristol City, and Roy Evans left Gerard Houllier to his own devices after a home League Cup defeat to Spurs.

At Wembley on 28th February 2016, Liverpool — edged out on penalties by Manchester City — just failed to make Klopp the quickest new Liverpool manager ever to claim silverware. Now, after losing the Europa League to Sevilla, he’s labelled as a man with a wretched record in cup finals. Klopp is justifiably unlikely to face the unforgiving “what’s he won?” question from Liverpool fans in the near or distant future, but the small details can matter – in the end.

Klopp’s public pre-match talk and team selection at the Pirelli stadium on Tuesday suggests he’s nobody’s fool. We knew that already. But, in a year without European football, Klopp’s strong line-up not only affords Burton, and the competition, respect but also ensures Liverpool’s serene progress. It is difficult to envisage anything radically different at Derby in the next round, and quite rightly so.

Historically, Liverpool – once Bob Paisley decided it was worth winning in the 1980s – have something of a love affair with the League Cup. We have our 18 league titles, our five stars among Europe’s elite and our seven FA Cups. But only in the League Cup do we rule the roost, with eight triumphs.

In terms of momentum and significance, and all this still rings true today, the 1982 victory literally spurred Liverpool on to the league title. The 1984 Merseyside Derby final kicked off a treble, and the same thing happened under Gerard Houllier in 2001. The League Cup can be a powerful springboard, if nothing else.

Here’s another poser; another “what if?” I wonder if a particular place in history that ends in Istanbul reads the same if Steven Gerrard doesn’t put through his own goal in the 2005 League Cup Final? Do the fates, and Gerrard’s rabid desire to exact revenge on Chelsea, actually propel Liverpool to the defining moment of our modern history.

What if the Reds shake off last weekend’s Burnley aberration? What if Liverpool only play like wools in Lancashire – the seat of the native wool – and are up with the leaders in February? What if Klopp leads us out at Wembley again as spring beckons? What if the League Cup leads to the league?

All hypothetical of course. But history has a habit of shaping the future. Forget not the past, for in the future it may help you grow.

The unloved, unsponsored League Cup has come full circle. From its early days, when shunned completely by top tier clubs, to its more recent past and association with glorified reserve teams. Still the subordinate poor relation, still derided. But with a quaint charm all of its own, and the unheralded significance that sustains it.

The English Football League Cup can still be the un-missable chapter in the story. Watch tomorrow as Daniel Sturridge nets a late White Hart Lane winner.