Liverpool: The Kids Are Alright – But What Next?

PROMISING youth prospects departing for pastures new in order to play regular first-team football and further their career after struggling to establish themselves at their first major club is nothing new. We’ve seen it at Liverpool on numerous occasions.

Dani Pacheco, Jack Robinson, Jay Spearing and Suso — just to name a few — once looked destined for bright futures at the club, showing glimpses of their potential during pre-season cameos, only to fall down the pecking order and eventually leave to a lower level club to reignite their stalled progress.

It’s an inevitable and harsh reality of the modern game. With the kind of money floating around Premier League clubs these days, academy products find their paths to the first team blocked time and time again by a new multi-million-pound signing whose extortionate transfer fee will often justify their immediate selection in the first team.

It has become increasingly rare to see young players break through and establish themselves as first-team regulars at the top end of the Premier League. The truth is, top clubs competing for trophies do not have the patience to wait for their young talents to develop and fulfil their potential. Raheem Sterling is a notable exception in recent times, but even he has struggled to replicate his best form since leaving Merseyside for Manchester City.

Time is a hugely precious commodity and one that young players are simply not afforded in any great abundance at the top level today.

The richest clubs recruit established, elite level professionals as a fast-track to success. This has underpinned Chelsea’s rise to prominence since Russian billionaire Roman Abramovich took over the club and pumped his money into expensive signings ever since. Sheikh Mansour’s Manchester City have experienced a similar type of growth. It should come as little surprise, therefore, that young players have particularly struggled to break through at these clubs with such heavy investment in new players, often from abroad.

At Liverpool, the FSG model is admirable in a sense but often questioned in terms of its practicality in terms of competing with rival clubs. Buying promising young players for relatively modest transfer fees with a view to them developing into top-class talents in the long-term has been their broad philosophy in the transfer market throughout their tenure. It has worked, in some cases spectacularly well — Daniel Sturridge, Philippe Coutinho and Emre Can for instance.

It’s not an exact science, of course. For the several high-profile success stories, there have been several notable failures. There have been some exceptions to FSG’s general policy — the likes of Christian Benteke and more recently Sadio Mane have been brought in to make an immediate impact in the first team for fees of £32.5million and £30m respectively. While the former looked ill-suited to Klopp’s style and is likely to be heading to Crystal Palace, the latter has been long-admired and specifically recruited by the German to fit into his long-term plans at Liverpool.

This is the direction the club is now heading in. The Jürgen Klopp direction. The term “transfer committee” is no longer relevant as such, with FSG effectively handing Klopp full responsibility for who he brings in, who he sells and who he selects to play for Liverpool on a weekly basis. In a sense, Klopp is his own director of football for now. Whether Liverpool need to hire another figure to oversee matters from above is a whole other debate.

The business so far under Klopp looks astute, but understated. Karius, Matip, Grujic and Mane have all arrived for a total spend of less than £40m and all look well suited to what Klopp is trying to achieve. Yet it has been the outgoings, rather than the incomings, which have dominated the transfer news regarding Liverpool this summer.

Kolo Toure and Jose Enrique were released, while Martin Skrtel has signed for Fenerbahce. The majority of the outgoings, however, have been young players in the age bracket of 19-23. A recurring theme is developing, with young players unable to break into the first team leaving to secure regular football at a lower level elsewhere — this time, on a larger scale than ever before.

Jordan Rossiter (Rangers), Jerome Sinclair (Watford), Joao Teixeira (Porto), Sergi Canos (Norwich), Jordon Ibe (Bournemouth) have all moved on. Ibe in particular once promised so much, but ultimately suffered a loss of form and confidence under Klopp and regressed in terms of his development last season. The move makes sense for all parties concerned.

Sergi Canos has long been considered one of the most exciting academy prospects at the club, but failed to agree a new deal over his wage demands. As with Ibe, a buy-back clause has been included in the deal, although quite what the specifics of that are is unclear. However, this represents a wise strategy which allows these players to go and develop, with the possibility of bringing them back one day if they fulfil their potential.

These will not be the last to walk out the exit door this summer. The futures of Tiago Ilori, Andre Wisdom, Connor Randall, Ryan Kent, Brad Smith, Kevin Stewart, Pedro Chirivella, Luis Alberto and Lazar Markovic are all clouded by uncertainty. With no European football on offer next season, opportunities will be severely limited. Cameron Brannagan, Sheyi Ojo and perhaps now Ben Woodburn look to be at the front of the queue in Klopp’s plans when it comes to youngsters, but even they face a battle to force their way into the side.

It simply makes no sense to keep hold players in these age brackets when they won’t get a game all season at Liverpool. They must be allowed to go elsewhere and develop as footballers and as people. It may well be the case that Liverpool come to regret selling them at some stage in the future but they wouldn’t get that opportunity to shine while going stale sitting on the bench — at best — in Liverpool’s first team squad.

For many of the players mentioned, this pre-season represents a make-or-break stage in their Liverpool careers. Klopp has little choice but to trim his squad down to size by the end of the transfer window and it is down to these players to prove they can offer something valuable to Klopp in the long term.

With a new wave of youngsters already catching the eye — Woodburn, Trent Alexander-Arnold and Ovie Ejaria to name a few — it is time for many of these players in the 19-23 age bracket to make that next step in their careers. Harsh as it may sound, for most of them that step will not be at Liverpool.

The path from the academy into the first team today is littered with obstacles and is a journey which very few youngsters are likely to complete at the biggest clubs. At Liverpool, this process of letting one generation of young players make way for the next is already underway. Whether the next wave will yield the next superstar remains to be seen, but this process is now an unavoidable part of football at the top level.

WHERE ARE THEY NOW? PLAYERS WHO STARTED AT LIVERPOOL’S ACADEMY 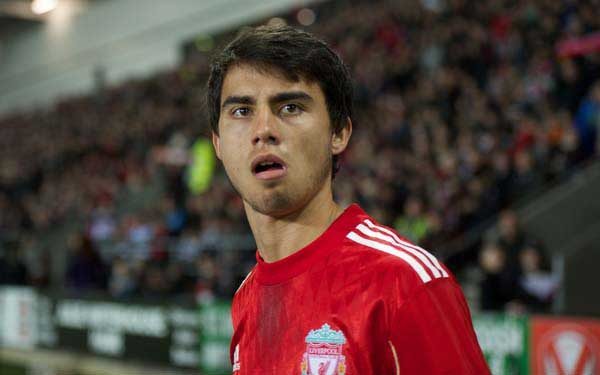