Liverpool: It’s Great When You’re Eighth…Yeah – Why The Premier League Table DID Lie

LIVERPOOL FC finished eighth in the Premier League last season. Before then, the club’s last eighth-placed finishes came in 2012 under Kenny Dalglish and in 1994, under the reign of Graeme Souness. And before that? All the way back to 1963 under Bill Shankly.

There’s an old-as-time-itself adage in football that says that the league table doesn’t lie. It’s a lazy assertion.

Obviously, over a sample of 38 or more games, a relatively reliable picture of a team’s habits emerges. More so than with briefer gamed cup competitions. It’s an obvious conclusion.

The statistical reality is that the league table broadly doesn’t lie. Aggregated it provides a fair indicator as to the league’s strength and weaknesses. Drill down though, and some level of anomaly is inevitable. Some teams will be slightly flattered, others mildly diminished. It is equally not impossible that some may have ridden waves of fortune while others will have been beset by unreasonable levels of bad luck.

Then there is the very nature of the contest itself. There are teams that aim to win the Premier League while others aim to qualify for stuff via their finishing position. Then there are teams for whom finishing above the relegation places is sufficient.

For each of these categories of contestant the league is a race. A marathon not a sprint it may be, but it is always a race. It has an end. A point at which either the object is achieved, or it becomes clearly unachievable. To this end, few seasons truly last for 38 games.

If a team romps to a title, has the trophy won with 84 points by game 33  and then, subsequently, entirely demotivated, loses its meaningless final four games, we can’t conclude it was a less convincing champion than the preceding title winner who took until game 38 to clinch the title and finished on 88 points.

The former ran its race and completed the task at the earliest possible opportunity. After this completion, its work simply can’t be judged.

Then there’s the nature of the competition itself.

Gerard Houllier’s Liverpool of 1998-2004 had a better average league finish to that of the side of his successor Rafael Benitez. Houllier’s team finished (in full seasons) 4th, 3rd, 2nd, 5th and 4th. Rafa’s team finished 5th, 3rd, 3rd, 4th, 2nd and 7th. Houllier’s average placing then was 3.6, to Benitez’s average of 4th.

Houllier enjoyed better success then? On the face of it maybe. But dig deeper and it’s hard to say because his side faced off against only two sides capable of consistently finishing above them — Arsenal and Manchester United. Rafa Benitez’s Liverpool faced a third threat in the form of Roman Abramovich’s financially-doped Chelsea. Rafa, therefore, was doing well to finish fourth, while Houllier could more realistically aim for third.

Let’s look at the post-Rafa era. Liverpool managers post-2010 faced yet a further challenge, and one arguably more testing than the one posed by Chelsea. Sheikh Mansour’s incarnation of Manchester City was so grotesquely funded that its place in the Premier League’s top four has been guaranteed for the past six years.

Post-2010 then any Liverpool manager was tasked with attempting to outperform not two, but four sides with far greater financial resources and well-established threats. Not only did the dream of winning title number 19 fade, but the opportunity of remaining with Europe’s elite in the Champions League was significantly limited, too. Five big English clubs could not be sated by just four Champions League places.

Liverpool post-2010, with new owners and four managers, have continued to attempt to win the league, and attain Champions League qualification. That top-four finish has been the first objective every season. At some point, usually in the early spring, it has become apparent that (2013/14 season aside) Liverpool would not be finishing in one of the top four places. More often than not, as written, those spots would have been already accounted for by the points amounted by Manchester United, Arsenal, Manchester City and Chelsea.

The race Liverpool leapt from the blocks from every August was usually run by the March. As a consequence, Liverpool’s last 10 games have typically been a bit of funeral march. We’ve known our league season was over. We did the maths, hoped we had a 10-straight win finish in us, but knew that in reality our goose had been cooked.

What has followed in this era when Liverpool have not even been allowed to start the season as a realistic favourite for the top four is that once fourth place has disappeared over the horizon, that Liverpool sides have, if not given up entirely, at least taken a despondent foot off the gas.

My contention is this — if there had been no Manchester City, Liverpool FC would not have finished 8th, 7th, 6th and 8th in four of the past five seasons. The failure to secure fourth has psychologically drained a club and its team so that in the aftermath of failing to win its race (to secure fourth) it simply gives up; not arsed where it finishes — fifth no better a result than seventh or eighth. Liverpool FC have just stopped fully competing because the competition for fourth has been ending for them well before the season’s formal conclusion.

I can’t say for sure but if, hypothetically, in every March Liverpool sides just beginning to lose sight of the coat tails of the fourth-placed team had suddenly been informed that now fifth place also qualified for the Champions League, that things would have been very different. Re-galvanised, the traditional limp through the April/May games may see trips to the likes of West Brom and Swansea viewed as “cup finals” rather than simple fixture fulfilment obligations.

If Rafa, say, had had to see off Manchester City its more than likely that his record of qualifying Liverpool for four out of his six seasons would have been poorer. It’s eminently possible that the entire history of Liverpool during his reign could have been entirely different. His two sides that secured third in 2007 and fourth in 2008 may have found themselves out of touch with the top quartet of places had City been ‘alive’ then. With fourth out of sight in 2007, Rafa would have surely rested players in the league run-in for what proved to be a near-successful Champions League campaign.

Put City into the picture in 2007 then, and Liverpool might not just have been eased out by one place to fifth, but possibly a further one or two more positions, as league seasons petered out meaninglessly. 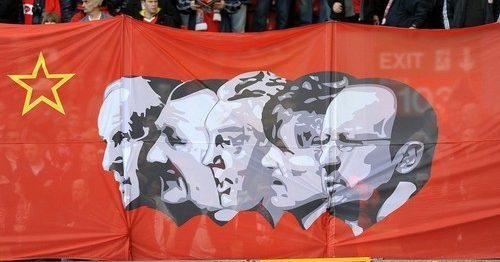 It’s not just that acknowledgment that the league contest is over that reduces what might have been a not disgraceful fifth place season to being a head-shaking disappointing seventh or eighth place one, it is also the presence of other distractions.

As per Rafa and the Champions League challenge in 2007 was Kenny Dalglish’s pursuit of the two domestic cups in 2011. Kenny got Liverpool to two finals that year, but the price was a faltering league campaign becoming merely a technicality, and the club finishing in that no man’s land eighth position.

You know where I’m going with this. Klopp’s first Liverpool season was near to being categorisable as a great little debut campaign. But for a capitulation by his team in the second half of the Europa Final in Basel, Klopp could have been celebrating two cup finals, a European trophy and the returning of his new club to the Champions League. Instead, focus switched to another of those unflattering eighth place finishes.

The bald fact of that placing left a few commentators noting that Klopp had clearly some way to go before we could talk about him living up to his initial billing. The reality though is that rarely (if ever) has there been a season where the league table isn’t just painting a slightly deceptive story, it is barefaced lying.

Let’s take this one step at a time.

The eight fixtures were largely highly winnable ones, too. Initially the second stringers did very well, and Stoke, Bournemouth and Everton were beaten in succession. Then the results started to reflect the fragility of the Liverpool sides Klopp was opting to put out.

One win (at home to Watford) in the final five fixtures is not the haul that Jurgen’s true first 11 could have expected. It is relatively safe to assume that the first team would have seen off Newcastle at home (rather than throwing away a two-goal lead), would not have been demolished 3-1 at Swansea, and would probably have beaten a poor and disinterested West Brom on the season’s final day.

Motivated, a stronger Liverpool 11 may also have beaten rather than drawn with Chelsea at Anfield.

If we go back to our virtual league table then, starting from Klopp’s first game on October 17 and freezing the frame just before the Newcastle match at Anfield, after which the league campaign can be viewed as having been totally abandoned, we see Liverpool finishing in a virtual fourth place in a virtual 25-game league season.

Additionally, we aren’t allowing for any bedding-in period. Klopp had no pre-season to work with his players and negligible preparation time even before his first game with his new team at Spurs. In fact, Klopp walked into a squad in the midst of an injury crisis that was only to be compounded by fixture congestion in November and December.

Reasons to be cheerful as we look forward to 2016-17 or a contrivance to make me (and you) feel better? Did eighth place reflect Klopp’s work in his debut season, or should we ignore it as aberration?

Context is all, and I may be guilty of ignoring the realities of other sides, but I don’t think Liverpool’s main competitors were as singularly distracted as Klopp’s Liverpool were by the Europa League.

Final thought then — Liverpool scored 41 goals in 19 league games in 2016 — 10 more than champions Leicester. In the second half of 2012-13 season, Brendan Rodgers’s Liverpool were busy getting into the goalscoring habit, too. His new team finished an uninspiring seventh that year, but roots were being put down.

The story of 2013-14 didn’t end happily for Rodgers’s Reds, but it was a mighty close to being one of the greatest in the club’s history. The indicators that there was more to come from Brendan’s side were there the term before.

For podcasts right through the summer on Liverpool past and present, transfer gossip, The Euros, the lowdown on new signings and more, subscribe to TAW Player for just £5 per month. Minimum sign up is just one month. More information here