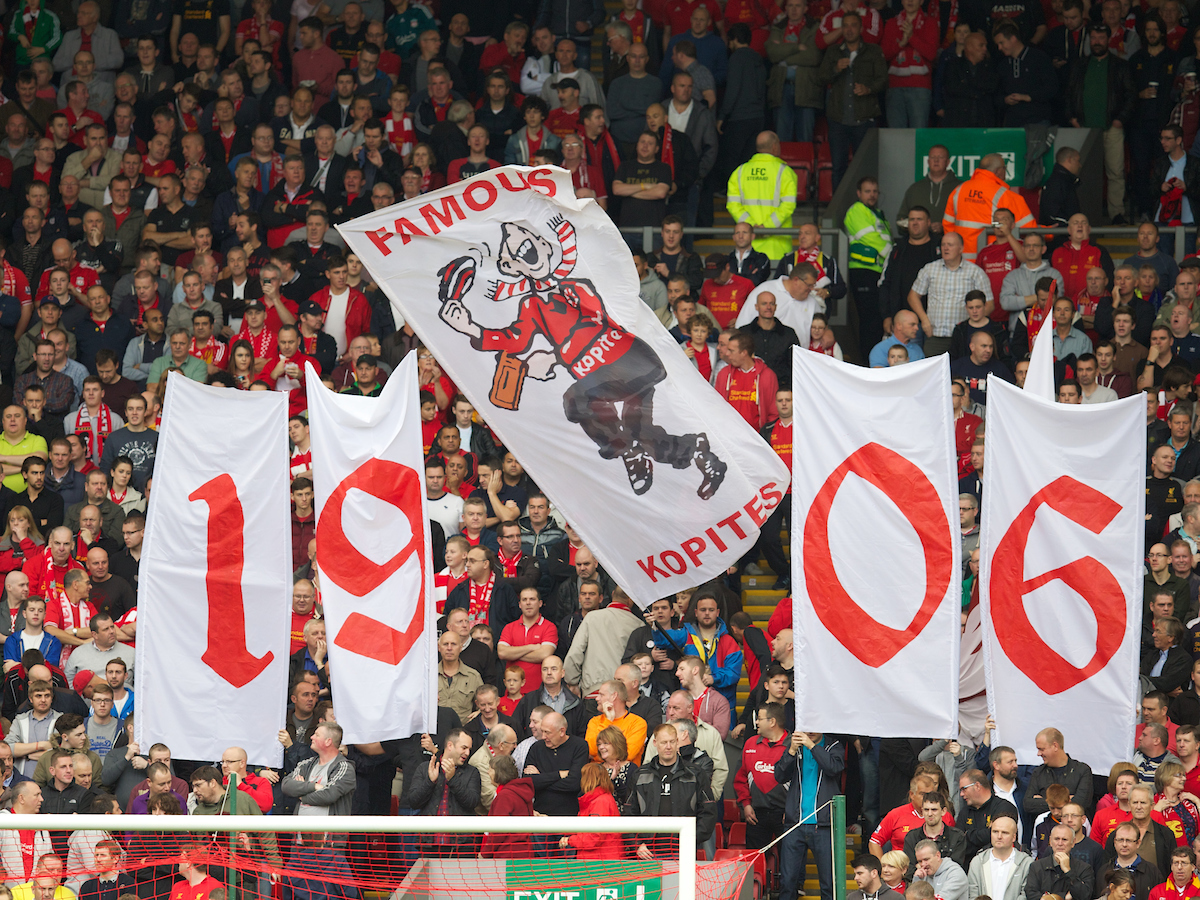 LAST night, during Liverpool’s 1-1 draw with Sion, I responded to a tweet from Rory Smith, my colleague at The Times, in which he stated that “the utter silence of English grounds in Europe has to be a small factor in poor results.” Sat at a near mute Anfield, I saw Rory’s point and raised it, replying “the culture of creating an atmosphere is dying,” an opinion that I have held for some time, and one which is hardening all the time.

What followed that exchange was a journey into the increasingly dark heart of Liverpool supporters and their often conflicting, polarising ideas of what is causing the atmosphere at Anfield to decline. One of the more pertinent suggestions — and one of the few put forward that will unite most, if not all — was that the standard of football being played by Liverpool is anything but conducive to making people want to sing or make any kind of noise beyond that caused by biting fingernails and tutting.

The problems started when Adam Kearns, a local Liverpool fan, put it to me that this is “what happens when clubs prioritise glory-hunting tourists instead of local kids.” I agreed, tweeting “Exactly” and then watched as tweet after tweet arrived accusing me variously of xenophobia, double standards or myopia. One of the more prolific critics even went as far as suggesting that I’d “disappointed a lot of people.”

@RorySmithTimes @JohnBrewinESPN The culture of creating an atmosphere is dying.

Who are these people I wondered and what have they been disappointed by? Has the idea of football tourism become so accepted that people now believe that tourists should be given priority? Does having access to a travel agent and the funds to make a visit to Anfield possible mean you should be given preference over local supporters? The conclusion that I came to — and no apologies to those who were disappointed — was that the outrage had emerged because people had somehow decided that tourists = foreigners = xenophobia, an absolute head wrecker of an equation that bears no relation whatsoever with the stance I had taken and continue to take.

First and foremost, Anfield is a public place. No one, regardless of place of birth, age or gender, has any more right to be there than anyone else. Liverpool is also an internationalist club with the mentality of the port city in which it is based and that means those from outside its boundaries will always be welcomed. The culture of its fan base has traditionally been Scouse but seeing as Scouse itself is a mixture of countless others from West Africa to Scandinavia and North Wales to Southern Ireland, it is a culture that always has been subject to outside influence and always will be.

Liverpool are a club of the city of Liverpool and its people but it also belongs, sometimes in different ways as a result of distance, to people from much further afield and anyone who pays not insignificant sums and travel thousands of miles to visit Anfield should be treated with the respect and comradeship that they deserve.

But, and this is where I go in a different direction, they do not deserve any kind of priority. Access and opportunity? Yes. Priority? No.

A combination of all-seater stadia, prohibitive ticket pricing and Liverpool’s own ticketing policies have made it difficult enough for young people from the city it is based in to support their team. Changing that has to be the priority, regardless of how much income is brought in from the thousands of tourists who now travel to Liverpool home matches. Match-going culture is not developed by going to one or two games a year; it grows out of repeated attendance, through regularly congregating with like-minded individuals and becoming comfortable enough in your environment to feel that your support makes a difference to the team. 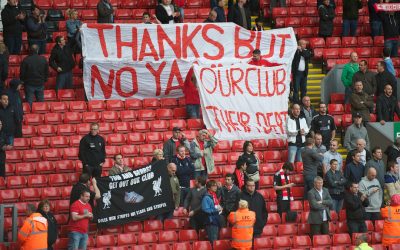 As long as this type of fan remains disenfranchised, Liverpool Football Club will run the risk not only of alienating those whose support they should be able to take for granted, they will also undermine the atmosphere at Anfield and the idea of the twelfth man that they market because the customs and rites of passage that made all of that possible will be damaged, possibly even beyond repair. That process is already underway with many local regulars giving up on home games because they feel Anfield no longer represents them, while others have been priced out of going, but it is not irreversible.

When the Main Stand conversion is completed, Liverpool will have additional capacity on their hands for the first time in a generation and that means the chance exists to do something that can both preserve and protect the very fan culture that is in danger of being lost while at the same time serving the club’s best long-term interests.

One way or another — and I appreciate this is easier said than done — local youngsters have to be the ones given whatever priority is possible. Even if that means providing subsidised tickets to local schools, community groups and youth initiatives (something that Everton do to great effect) and profits from the additional capacity are not as great as they would be if it was given over entirely to corporates, Liverpool should still embrace it.

The alternative is to allow the average age of those regularly attending games at Anfield to get higher and higher, for the atmosphere to continue to deteriorate and for the fan culture that made Liverpool special to be lost for good.

None of this means supporters from abroad should not be as welcome as they always have been but it does mean that tourists should accept that, for the good of Liverpool Football Club, others should take priority rather than themselves.

If that makes me a xenophobe in the eyes of some so be it but I have no more hatred for foreigners than I have hairs on my head.