LIVERPOOL: THE NATION’S MOST DYSFUNCTIONAL CLUB

THIS may turn into a bit of a rant. Not a calmly-delivered list of facts; a proper rant, which might send Rafa’s calmly-delivered FACTS cart-wheeling firmly back into 2009. Let’s see how long I can stay calm.

On the ITV commentary in Istanbul, as Liverpool walked out to face AC Milan, Clive Tyldesley described us as “the nation’s most romantic club”. With our famed footballing history — something for which we now allow ourselves to be mocked — and our awful tragedies, but with the name “Liverpool” still resonant at home and abroad, this was probably an apt description. A fifth European Cup that same night only added to the lustre.

We’ve spent most of the last 10 years morphing from the most romantic football club in England — and possibly the world — into the most obviously dysfunctional. Bill Shankly spoke of the ‘Holy Trinity’ of manager, players and supporter. Directors were only there “to sign the cheques”. Well, not any more. We can’t escape throwing the owners into the mix and at Anfield we now have a truly Unholy Foursome.

I’ll start with FSG. John Henry, Tom Werner and Mike Gordon and by association, Ian Ayre. Who are these people? What do these hedge fund managers, baseball buffs, businessmen with a rudimentary knowledge of “soccer” and a command of stats and spreadsheets know of the game?

This week we’ve heard — granted, on the rumour mill — that Brendan Rodgers retains support in Liverpool but America want to get rid. Clarity of vision — sound!

Those charged with day-to-day Anfield affairs want to bide their time; the “visible when it suits” Ayre and the mute, invisible Gordon. So, apparent support from those on the ground while the absentee landlords sound out Carlo Ancelotti. Or do they; or is it Brendan Mark II the shape of Garry Monk?

Whoever is calling the shots, and let’s face it, we as supporters haven’t got a clue, would you trust this lot to make the right kind of appointment? The profile of manager we pursue is confused not just by a number of FSG requirements but Rodgers’ tenure as a whole. The FSG-favoured model of the bright young coach who develops younger players, one of whom for now still occupies the hot-seat, came within a whisker of doing something we hadn’t for 25 years.

If personality in the shape of Jurgen Klopp or Carlo Ancelotti’s experience and proven track record are recognised as contrasting ways forward, is either candidate prepared to work under a regime that offers the league’s fifth or sixth biggest transfer budget and the restraint of committee consensus on recruitment?

Are FSG even in this for the long haul? Other rumours circulating suggest Boston is readying the club for a sale, whether to Royal Families in Dubai or Qatar (take your pick) or Africa’s richest man, whoever he is. Leaving rumour aside, it can be argued that Liverpool Football Club has been up for sale from the moment FSG prised the club from the clutches of those brilliant former “custodians” Hicks and Gillett in the infamous Epic Swindle.

Since then, the value of their asset has been built-up through sponsorship deals aplenty but with overheads on the football side of the business (the wage bill) steadily reduced. The rising hulk of the new Main Stand with its scope for vastly increased corporate revenues, confused by some as proof of intended longevity, instead represents an extra incentive for potential suitors. In the absence of any clear, consistent communication with us, their customers, speculation will always be rife.

If the club ownership is something fans choose to overlook in favour of the state of affairs on the pitch, then naturally the focus is soon shifted towards the man in the dug-out. Liverpool FC has a history of destroying managers. Even Shankly retired early — worn out by the job, and in more recent times the exhausting task of managing the Reds has seen Kenny Dalglish (twice, but for contrasting reasons) become a pale shadow of his former self, Gerard Houllier nearly pay the ultimate price with his life, Rafael Benitez ravaged by internal affairs and latterly Rodgers pacing the kitchen in the small hours searching for solutions.

Their respective travails have manifested themselves in barmy decision-making from signing Jimmy Carter and Charlie Adam, to paranoia over every mention in the newspapers, to warring with all and sundry inside and outside the club, to persisting with Dejan Lovren. 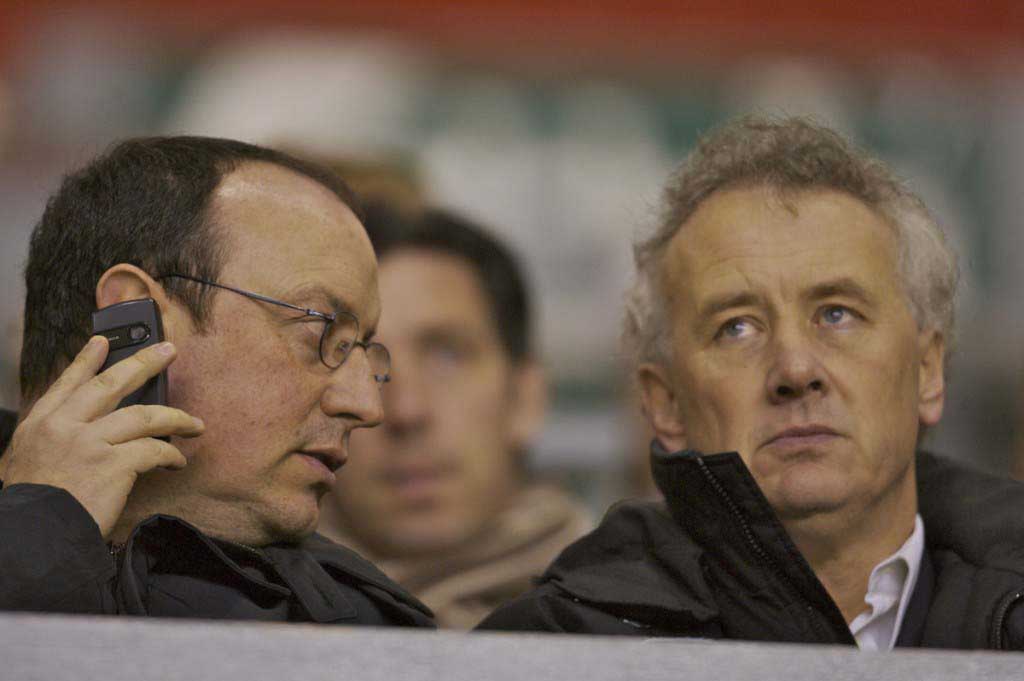 Managing the Reds is the impossible job. Supporters cling to the notion that “We are Liverpool” and demand success; the yearning for a league title growing by the year. Those who follow Liverpool are acutely aware of the riches we’re up against elsewhere in the Premier League, but still they judge the man in charge by the standards of a bygone era. It is trophies or else.

In Rafa’s case — and for Brendan Rodgers — the expectations raised and dismay at coming so close in 2009 and 2014 have seen the modern fan turn nasty in the space of 12 months. If Rodgers hasn’t quite yet felt the full force of Anfield at its most cutting he soon will, unless there is a dramatic and prolonged upturn in results. Already the subject of an equal measure of valid football critique and horrendous personal abuse on social media, Rodgers is the very definition of a dead man walking. Should the inevitable axe fall, whether in the short to medium term, God help the next fella.

Despite riding first class on the Premier League gravy train, by comparison with the manager (and to an extent the owners), the players largely escape scot-free. There is no doubt that the burden of history is felt more acutely at Anfield than anywhere. The shirt weighs heavy. However, rather than embrace the club’s history, all but a few seem capable of living up to their reputation; powerless or reluctant to seize the opportunity to become an instant Kop hero.

I’m being unfair in singling him out, for he is far from alone, but take Lazar Markovic last season; the validation of £20m spunked on his transfer, pace and ability to burn, the chance to shine on one of football’s grandest stages and what do we get? We’re treated to a lad scared of his own shadow, seldom taking responsibility, always preferring the easy option of a square pass inside to taking on his man and generally shying away from the ball. Is it any wonder he’s now at Fenerbahce?

The other night — at the start of the penalties against Carlisle — I stared down from the Kop at 11 men in red shirts facing the Anfield Road End. And there they are in a line, with arms slung around shoulders, embracing and supporting each other as though it’s a shoot-out to decide the European Cup Final. Fuck off, lads; you’ve been playing too much FIFA. It’s the League Cup third frigging round and you’ve just spent two hours incapable of scoring with more than one of your 47 shots.

Regardless of the failings of ownership, players and manager, the club’s dysfunctionality is most acute among the #LFCFamily; those that make going to Anfield an increasingly bizarre experience. The playing of you’ll Never Walk Alone at the start of proceedings perhaps encapsulates the paradox that Liverpool’s fractured support has become. At the league games, the big rolling rendition of YNWA with scarves held aloft all around the ground and flags unfurled at the front of the Kop, precedes 90 minutes of near-silence punctuated only by obscure chants and occasional moans and groans. It’s a well-documented problem brought about by a lack of community in the ground.

Let’s face it; none of us get on. If there are 10 people standing in a block; what do we have in common? The younger fan with the booming voice who wants to stand up and get behind the team is falling out with the frail old man behind who wants to sit and see the game. The fella from the Home Counties in the bad trabs is getting evils from the local lad in the North Face. The football tourist who was at Old Trafford last week doesn’t care who wins but wants to capture it all on his iPad while the drunken fella on the stag do is photo-bombing his pictures. The old Scouse curmudgeon is swearing his arse off and annoying his more positive mate while simultaneously offending the guy from Chester who has brought his two daughters. Like most families, we’d prefer just to see each other once a year and even then it’s a strain.

Flippancy aside, it is hardly the right environment for a rip-roaring atmosphere that helps the team. I’m not even sure we all want to win.

On Wednesday, as is the often the case with the cup games in midweek, there was a younger and more local feel to the crowd and generally a more boisterous atmosphere. That of course is welcome but for me one thing annoyed me even more than the moronic reciprocal taunting of Carlisle fans with the “Who are yer?” chant inspired by Soccer A.M. Will whoever is starting and joining in with the cringe-worthy, bullying “Stand Up for the 96 Chants” please stop it. Hillsborough is not a brand. And, moreover it should never, ever be used as a rabble-rousing atmosphere generator.

Dysfunctionality is one thing; boorish, insensitive stupidity is another.