LIVERPOOL: YOU DON’T HAVE TO BE BONKERS TO WORK HERE BUT…. 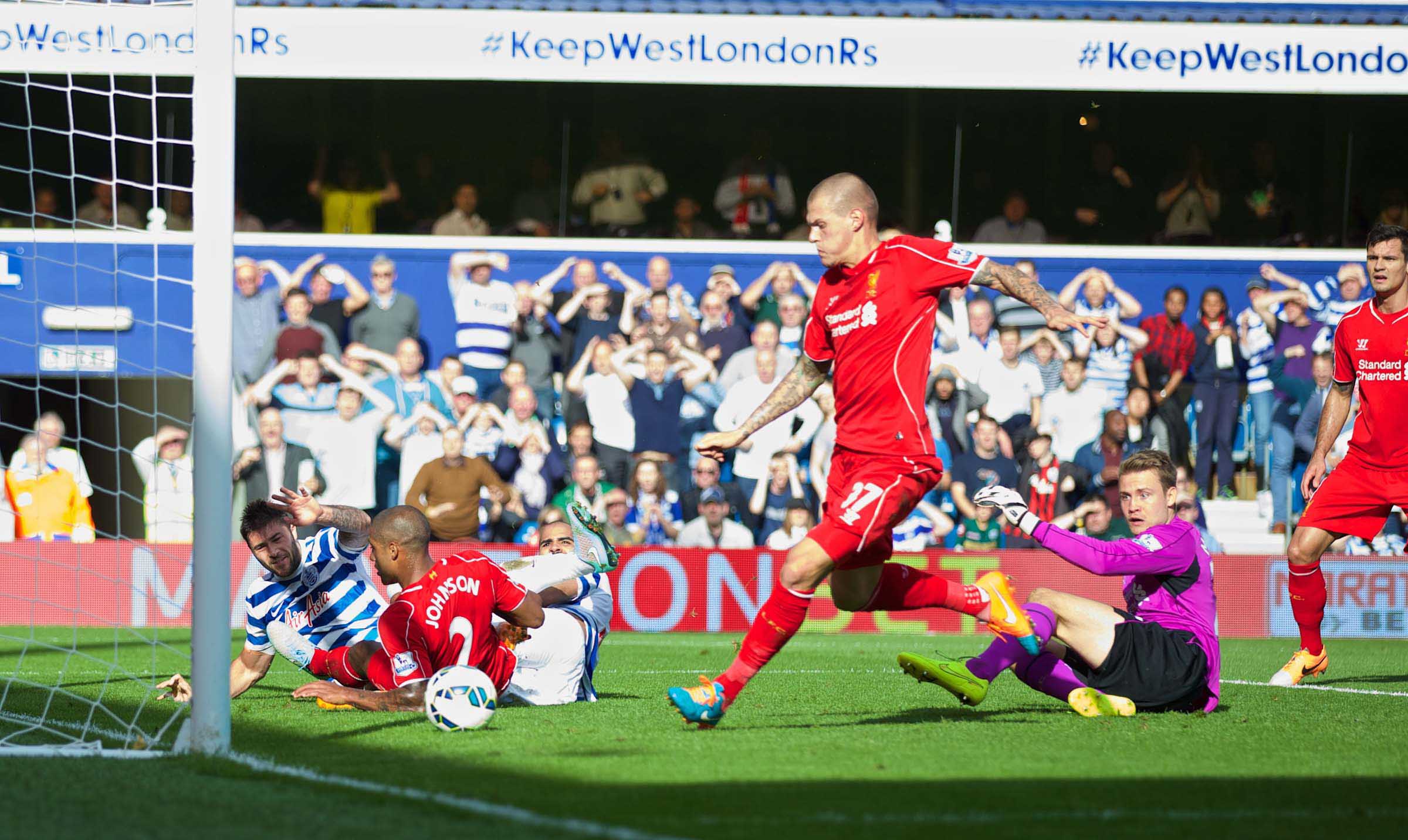 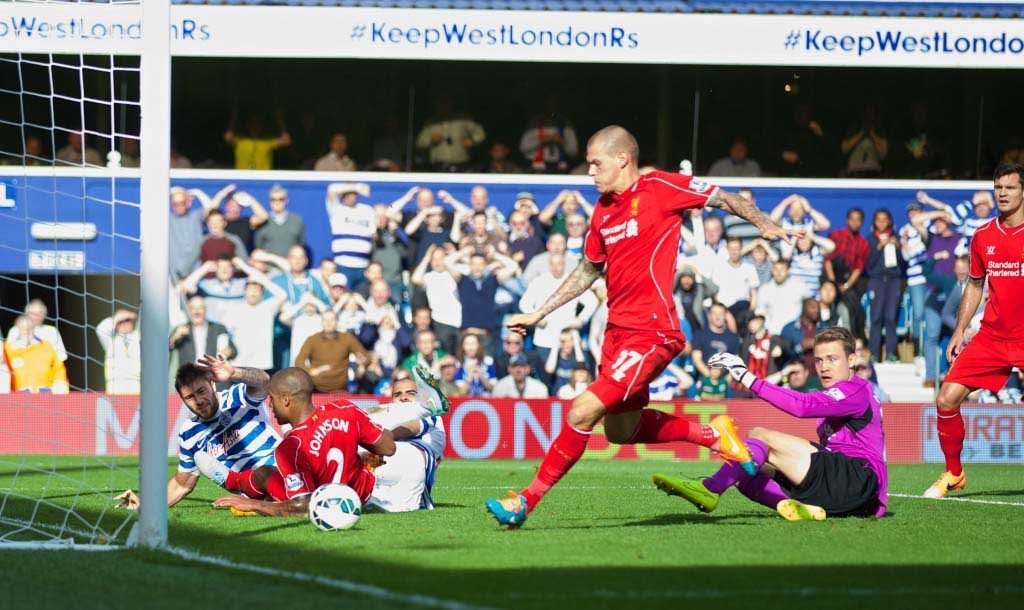 “THAT’S for the 86 semi-final you Subbuteo stadium twats…”

The forthright thoughts of an anonymous member of the Twitter community shortly after the final whistle at Loftus Road.

The reverse déjà vu concept of QPR losing to us 2-3 but contriving to score four of the five goals sprang to my mind too, but not quite as epically as the outburst above. I’m sure Steve Nicol and Gary Gillespie enjoyed the way things panned out in west London.

The climax to this game was nothing short of bonkers. Not in that wondrous ‘how good are we?’ style of bonkers we’d have liked it to be, but bonkers nonetheless. Erratically bonkers perhaps? There is value in an erratically bonkers procured three points. Three points claimed so late in a game can only put a spring in our so far flat-footed step.

Some things about our performance were borderline abysmal. When Glen Johnson walks off the pitch at full time as our best defender then you know there have been some pretty fundamental issues for the back four. Jose Enrique, Dejan Lovren and Martin Skrtel all went rabbit in the headlights, often simultaneously.

Another change in composition for the midfield, while necessary, unsettled us enough for QPR to take advantage. Luckily it was QPR trying to take advantage – their very best attempts at making hay while the sun literally shined never enough to see them lead at any of the hapless points of our afternoon.

Somehow, I was infused with a vibe that we were going to win by hook or crook. Crook it was then, as none of our midfield walked away from this game in the manner of a triumphant battle-weary general. None of them stank in the way three quarters of our defence stank, but all of them will have better days. We never controlled the centre ground convincingly. Stability in the engine room is needed.

1 – This is the first time in Premier League history that Liverpool have benefited from two own goals in the same game. Fortuitous.

Mario Balotelli struggled badly, there is no two ways about it, but it won’t always be the case. That was a horrendous miss in the second half when he shinned the ball over the bar after McCarthy pushed it into his path. On the upside, his runs and positioning remain sound. With both of the own goals Balotelli lay in wait as the projected beneficiary of the balls that were delivered across the area. Growing frustrations about him will not help the situation yet frustrations among some supporters are in danger of escalating.

The biggest ups beyond the ‘majestic’ Glen Johnson, came in the shapes of Simon Mignolet, Raheem Sterling and Philippe Coutinho, while Adam Lallana continued his reassuring and unexpected displays of controlled aggression to go with his on ball intelligence.

Mignolet at one point came for the ball and totalled Skrtel to get there.

I recognise all the words above. I just never really expected to see them pieced together in regards to our reluctant ‘sweeper keeper’ any time soon. We still conceded two sloppy goals, and the second of those managed to sneak in at the near post, yet a near post that was being guarded by the returning Joe Allen. Mignolet might just threaten to win the man of the match vote at the bottom of this page.

For Sterling the watching Roy Hodgson must have been so proud to see the concept of a minimum 48-hour rest bringing such rich performance rewards. After all Hodgson is a man who’s magnanimous enough to take on the teachings of new lessons – right? Sterling’s burst of speed for the winning goal, latching on to a classic Coutinho through ball that could easily have been lifted from that artistic 5-1 rolling over of Arsenal last season. This was a thing of beauty, just as Coutinho’s goal itself was.

It wasn’t pretty, but it was dramatic. It’s ok to enjoy the cruelty of professional football when it falls in our favour; there are plenty of days when it doesn’t fall in our favour. It doesn’t mean you have to be blind to the deficiencies on show, it doesn’t mean you shouldn’t be concerned, but you are allowed to cherish the three points we took at Loftus Road. We’re sat a little bit prettier in the league after this win, and hopefully it will breed a more urgent will to find the missing mojo.

The small matter of Real Madrid next. This is what we’ve wanted, what we’ve yearned for. It’s time to start embracing it on the pitch and in the stands. We’re back where we belong; let’s do everything we can to stay there.

It’s time to get bonkers, but intentionally bonkers rather than erratically bonkers.

GARETH ROBERTS: “It was a performance that was ultimately the equivalent of pulling in a beer belly, throwing on a few layers and fastening up a big coat. It’ll kid a few tonight but the problem is still there for all to see tomorrow morning. For a long-term result, something resembling a plan of action is required.”