DOZY LIVERPOOL RELY ON SLEEPING BEAUTY BUT WHAT NEXT? 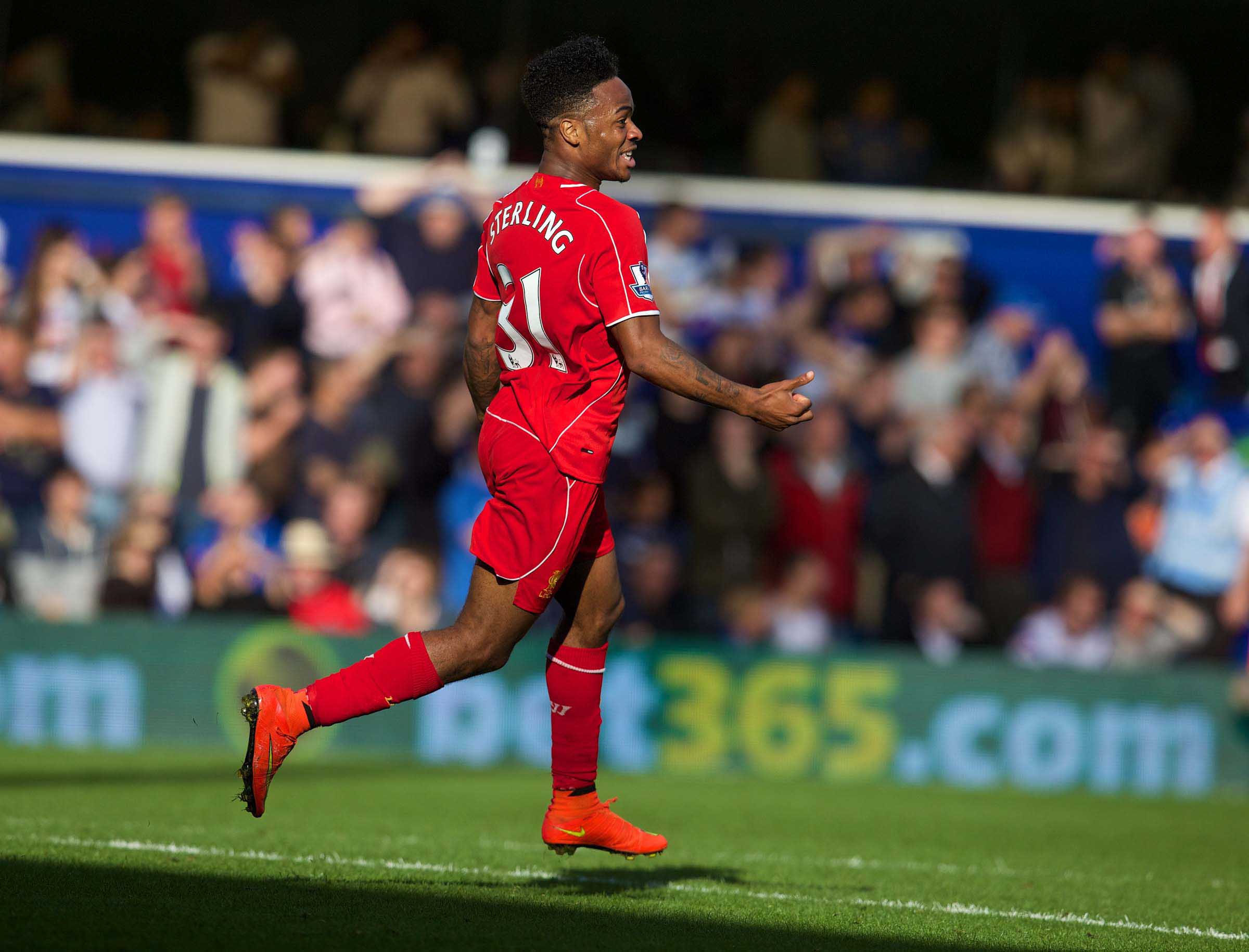 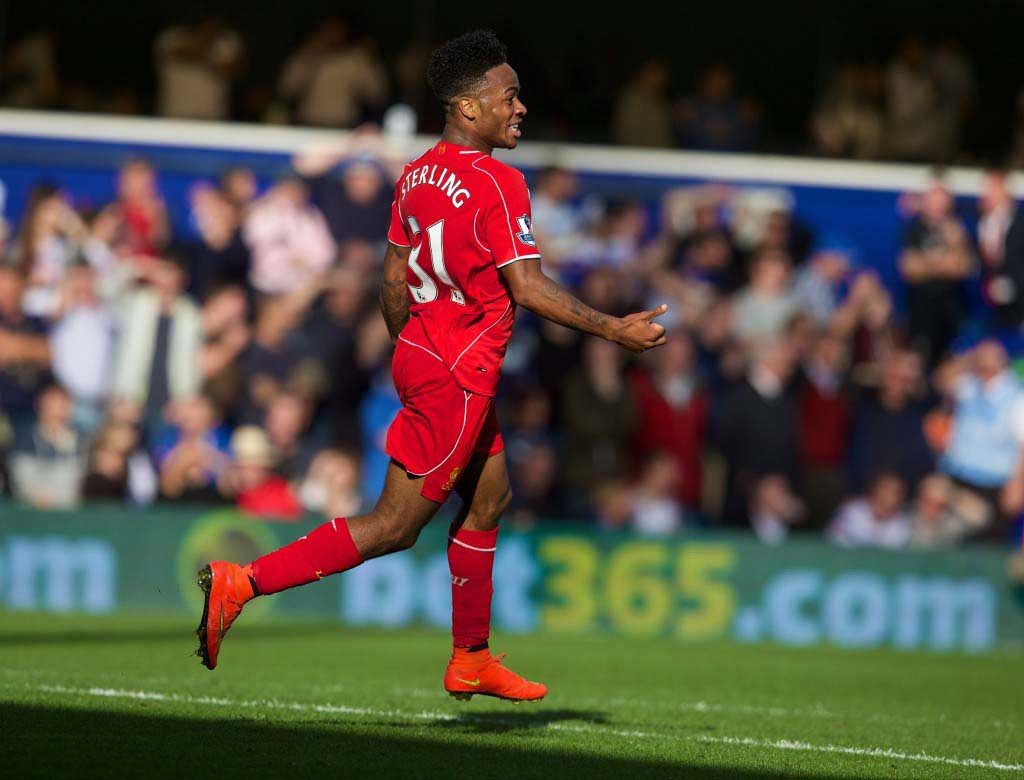 RAHEEM Sterling “sleeps when he wants” apparently but there’s plenty to cause a waking nightmare about the way Liverpool are playing right now.

Winning like that – in the last minute, after playing so badly, after throwing it away, after getting on top, after turning the gift horse around and sending it on its way only to see it return – was brilliant. It was punch the air, order the drinks, hug your mate, run down the street stuff. I’m pretty sure my neighbours already thought I was weird. If they didn’t, they do now.

But as heart rates return to normal and glasses empty, sobering thoughts to turn over on a traditional night of sleeplessness return.

I take on board and acknowledge the validity of all the positive spins that are playing on repeat among the sunshine sect:  it’s a psychological boost to win that way; it’s three points; it shows character to secure victory in such a manner. But while others seem to be finding comfort from some Houllier-esque turning of a corner, the only certainty I can find about Liverpool right now is the uncertainty. Everything might be. But it might not. And that’s putting it kindly.

The Raheem Sterling-inspired (fuck off, Roy) three points at Loftus Road has left Liverpool ‘handily placed’ for the Champions League spots and there’s the context of other team’s struggles in the league, too.

But for Liverpool to truly take advantage of that they need to discover what they’re about. Fast. And, as it stands, I’m not sure they know.

Spurs away said maybe it could be the fluid attacking force that finished fast after starting slow last season. But that Liverpool has never shown its face again since the coach pulled out of White Hart Lane. There’s been OK. There’s been alright. There’s been very little wow. If everything relies on the presence of Daniel Sturridge we’ve clearly got problems.

So how about a more solid Liverpool then? One that sacrifices verve for steel, shows some backbone and creates a confidence that if a result needs to be ground out, then ground out it will be.

There’s little sign of that either. There are mitigating circumstances. Valid points as to why. But none of that changes the fact that right now a supposedly stronger squad is failing to convince and stuttering to scare. The opposition, whoever they may be, fancy their chances against Liverpool right now.

It might click and it might come. As late as December last season we were turning in worrying performances. The manager has banked a lot of goodwill and deserves time for the job he has done. But that doesn’t change what has unfolded so far – we’re lacking the certainty to end the uncertainty. A fortunate win at QPR doesn’t change that in my eyes.

We’ve just beaten the bottom of the league club thanks to two own goals and a deflection (good football from Liverpool caused that, but even so). They hit the woodwork twice, there were off the line clearances, Simon Mignolet is being put forward as a credible man of the match candidate and Glen Johnson was fortunate not to concede a penalty.

It’s good to be lucky but it’s hardly a commodity to trade on as an approach to a season. Liverpool didn’t so much as ride their luck at Loftus Road as fill the coach with it, stock up the plane for Madrid next month and top a few jerry cans to boot. 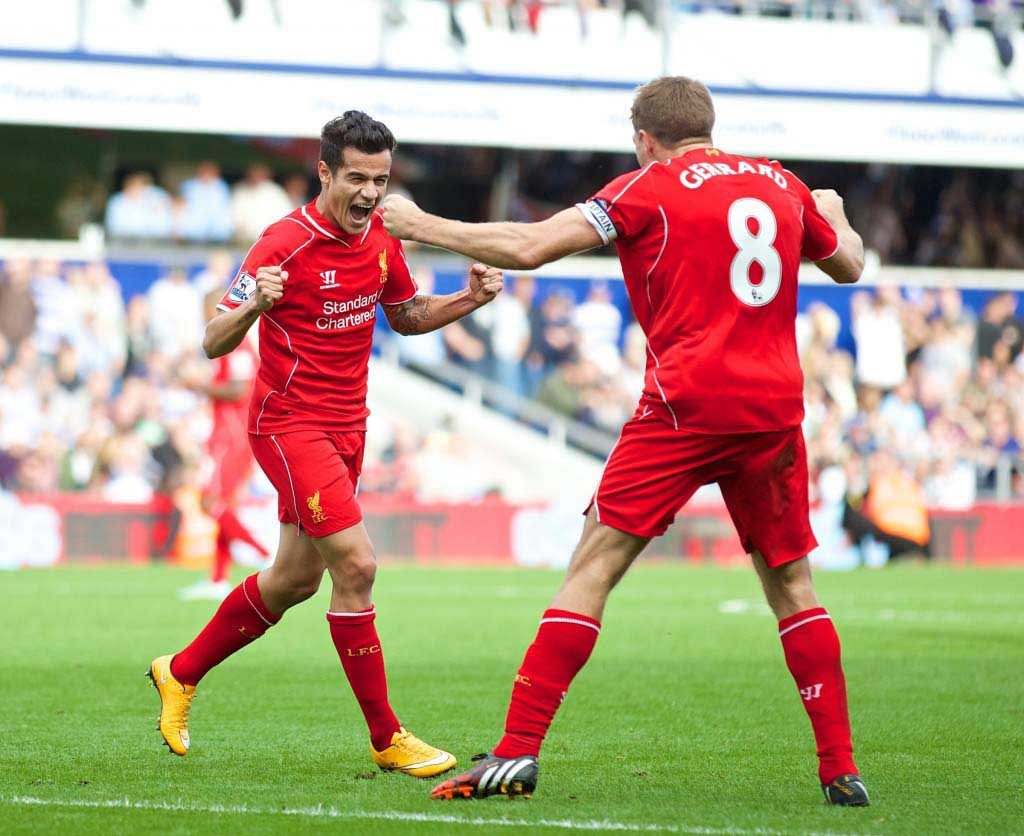 SMELLS LIKE TEAM SPIRIT? Let’s hope so – because the win glossed over a poor performance. Pic: David Rawcliffe

We made a QPR side featuring Richard Dunne look good. This is a team that were trounced 4-0 by Spurs and Manchester United. We struggled to deal with basic tactics from the opposition: hit the big man, bully, battle, work hard. Bobby Zamora was transformed into a world-beater. Every hoof to his chest saw our defence react like a family of arachnophobes spotting a house spider on the rug.

It was a performance that was ultimately the equivalent of pulling in a beer belly, throwing on a few layers and fastening up a big coat. It’ll kid a few tonight but the problem is still there for all to see tomorrow morning. For a long-term result, something resembling a plan of action is required.

The Reds’ shambolic defending has been blamed on a lot of things: personnel, the system, new faces, the goalkeeper. It’s probably a combination of all of those things. But when the defence – no matter who plays – consistently fails to convince on set pieces, you’ve got to also consider the coaching. It’s hardly a new development and the fact it continues to rear its head as a problem is a worry.

At the other end of the pitch, Mario Balotelli has been cut a lot of slack among Liverpool fans, rightly so in my opinion, but he’s got to start delivering. Football at the top level is unforgiving and last time I checked we’re not a charity. He was awful at Loftus Road. The obvious incident to point to was the open goal miss that will have Ronnie Rosenthal breathing a bit easier tonight. Perhaps more worrying was the propensity to go alone, to dribble down blind alleys and attempt things that were never on in the first place.

It was clear by the reactions of his teammates that being boss on Instagram and a laugh at Melwood doesn’t excuse those on-pitch misdemeanours – it was as hard to watch for them as it was for us. No footage of a laughing Brendan Rodgers on the side-line this time around. And no surprise, either.

Then there’s the general demeanour. The supposedly cool not celebrating thing looks suspiciously like sulking when things aren’t going his way. And for a player of his reputation, an opponent who simply attempts to kick you out the game shouldn’t be enough to stifle his talent. So far though, the evidence is that it is enough. And word is quickly getting around Premier League defender circles that it’s a tactic worth deploying.

The Steven Gerrard ‘issue’ remains, too. He can clearly still contribute, and he was so close to a rare goal from open play, but while his shift forward was welcomed against West Brom, its effectiveness was limited against QPR and lasted only a half. That Rodgers opted for the experiment is a double-edged sword – is it flexibility or is that he is struggling to know how or where to accommodate him? It all adds to the confusion.

All that said, it was good to see Joe Allen and in particular Coutinho contribute from the bench. Coutinho looked more like himself in that cameo, and while he seemed to briefly tread a fine line between stupidity and being motivated, he eventually employed his undoubted ability in the way it could hurt QPR most. We need more of that and he’s capable of producing.

And this is my issue with this squad. There’s talent there, even more so when Daniel Sturridge returns. But it’s the harnessing of it to create that collective force that is proving the problem so far. Last season we were more than the sum of our parts. This season only some of the parts look worthy of the task.

Even so, the talk of today being a barometer for Wednesday is bunkum as far as I’m concerned. The ‘if Bobby Zamora, Eduardo Vargas and Charlie Austin can do this, Cristiano Ronaldo and Gareth Bale will do that’ line doesn’t wash.

Real Madrid is the biggest European game at Anfield for five years. The Liverpool side will be different anyway. And if the Kop can’t get up for hosting the European Champions after so long away from the top table then it really is time to admit defeat to Giles and his corporate chums.

On paper, it’s not a match in the true sense of the word. No Championship Manager-playing nerd would back the Reds based on the numbers. But we’ve seen it all before. We know you can be mediocre in the league and magnificent in Europe. And like any football fan in any situation before any match ever, we can dream.

But can we say with certainty how Liverpool will play this week, this month or this season? Can we bollocks. The only thing certain is the uncertainty.