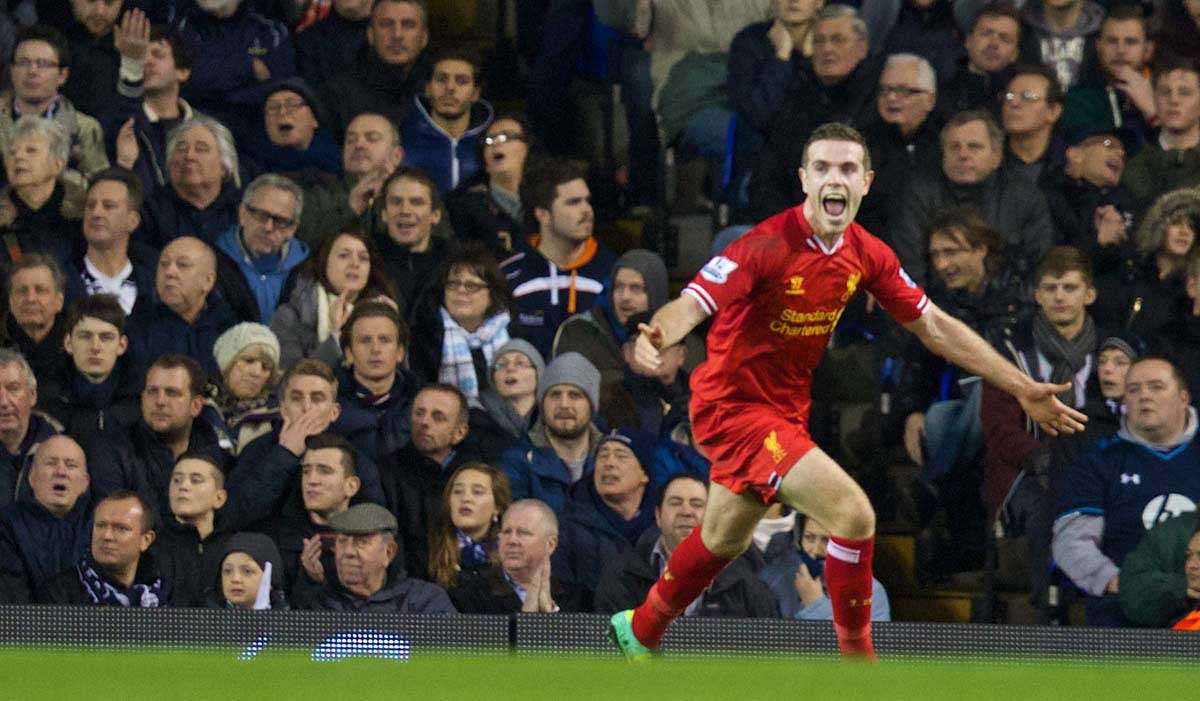 NEIL Scott wrote a piece for The Anfield Wrap called “Proceed with Caution”.  I refuse to read it, writes MARTIN FITZGERALD. This is a point-blank refusal. Unequivocal. Nothing he could ever do would ever make me read it.

It was received really well by those more tolerant than me and those more considered than me. It probably has loads of valid points and it probably makes loads of sense.

Someone on my Twitter timeline said it provided “balance, much-needed balance”. Someone else said something along the lines of “at last, wise words amid all the hysteria”.

I blocked them both and reported them to Twitter. UNFOLLOWED. BLOCKED. REPORTED.

Neil is a fine writer and appears to be a lovely bloke. We’ve only met once, when we did the Anfield Wrap podcast straight after losing to Chelsea at the end of last season.

We both had our sad face on but I remember thinking: “Him, that Neil fella, he seemed like a lovely fella”. 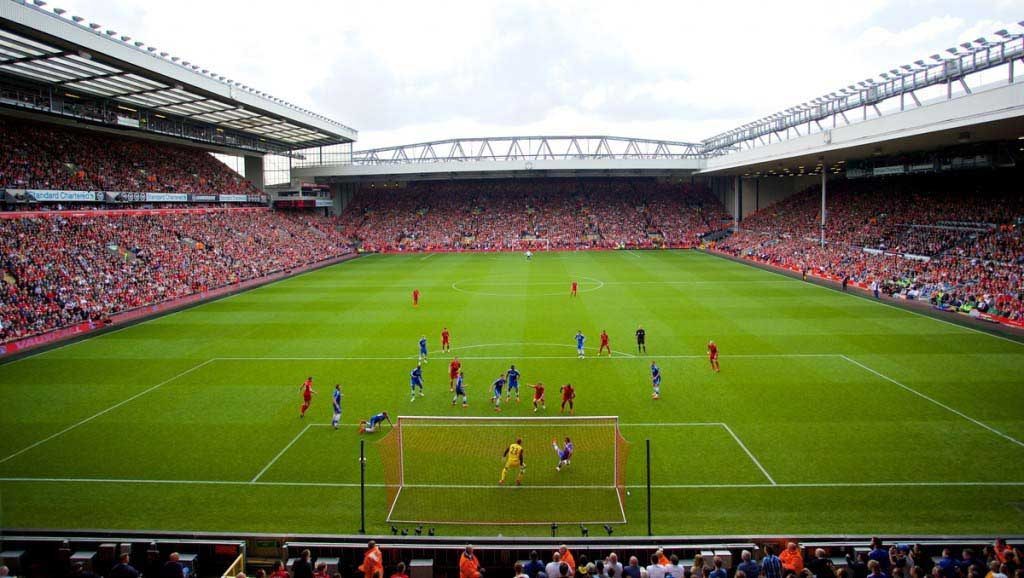 CLOSE CALL: Ashley Cole clears off the line in the game against Chelsea at Anfield. Pic: David Rawcliffe-Propaganda.

He then wrote a piece for issue 10 of The Anfield Wrap magazine called “Becoming Brendan Rodgers” which was one of the best things I’ve read all year. You should all definitely read that.

I remember thinking: “Him, that Neil fella, great writer him.”

I’d love to tell you what I think about his new piece but I can’t. Because I refuse to read it. Because I’m an idiot. Because I will not, under any circumstances imaginable, read a piece before this season starts called “Proceed with Caution“. 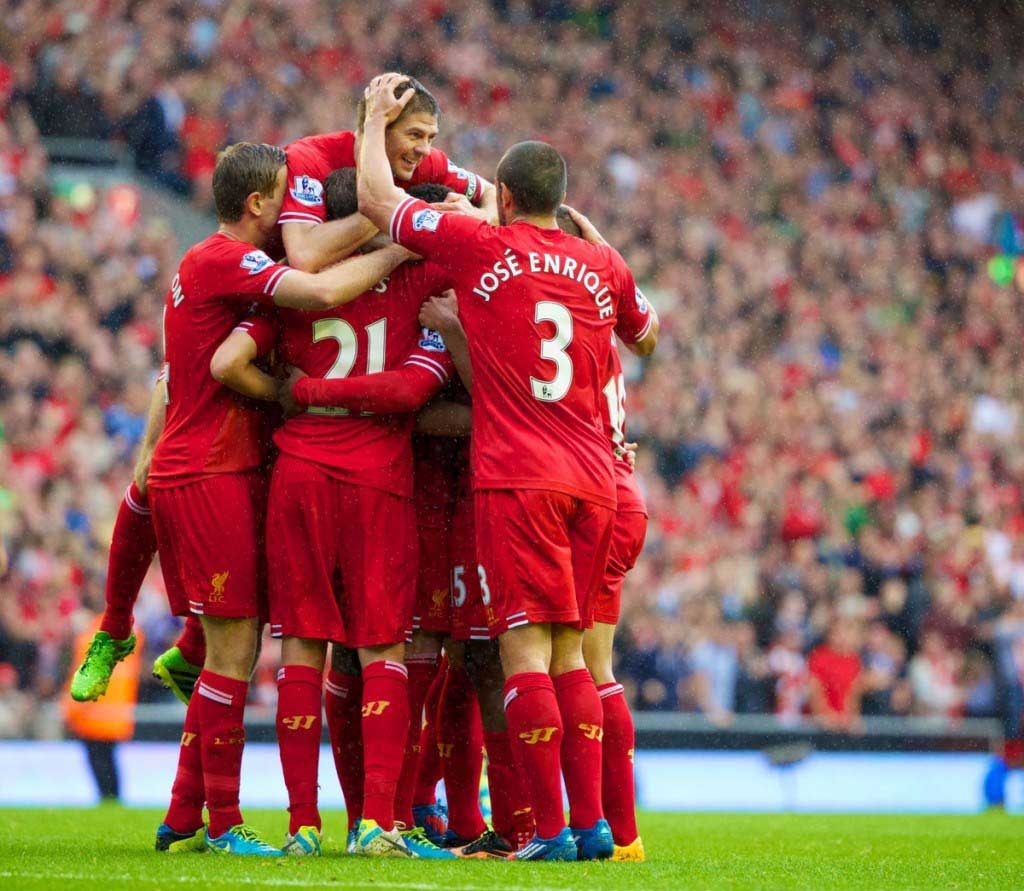 From then on in, it’s a blur. The goals, the running, the pace, the through balls. Busy, busy, busy. We tried to beat Crystal Palace 100-0. We tried to make the scoreboard blow up. 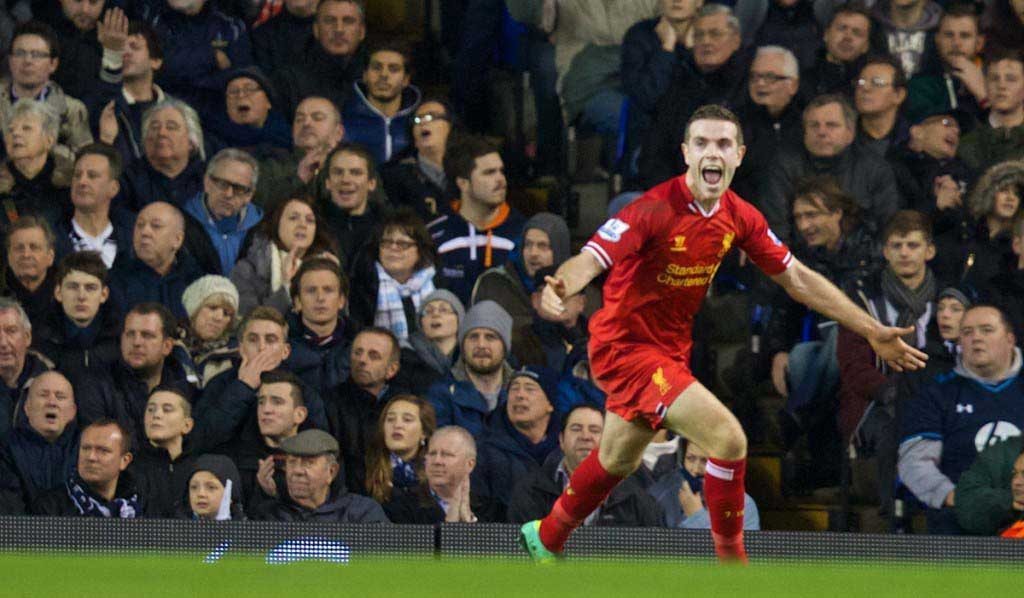 We’ve brought in reinforcements, too.

There’s a lad at the back with the most incredible arms; a lad in central midfield who looks imperious just by standing still. And then there are the lads in between the lines. The pain they are going to cause in between those lines.

In French, German, Spanish, Italian and Dutch they will be all be saying: “I’d heard about these lads, I’d heard all the stories. Now I’ve seen them with my own eyes. It was all true”. 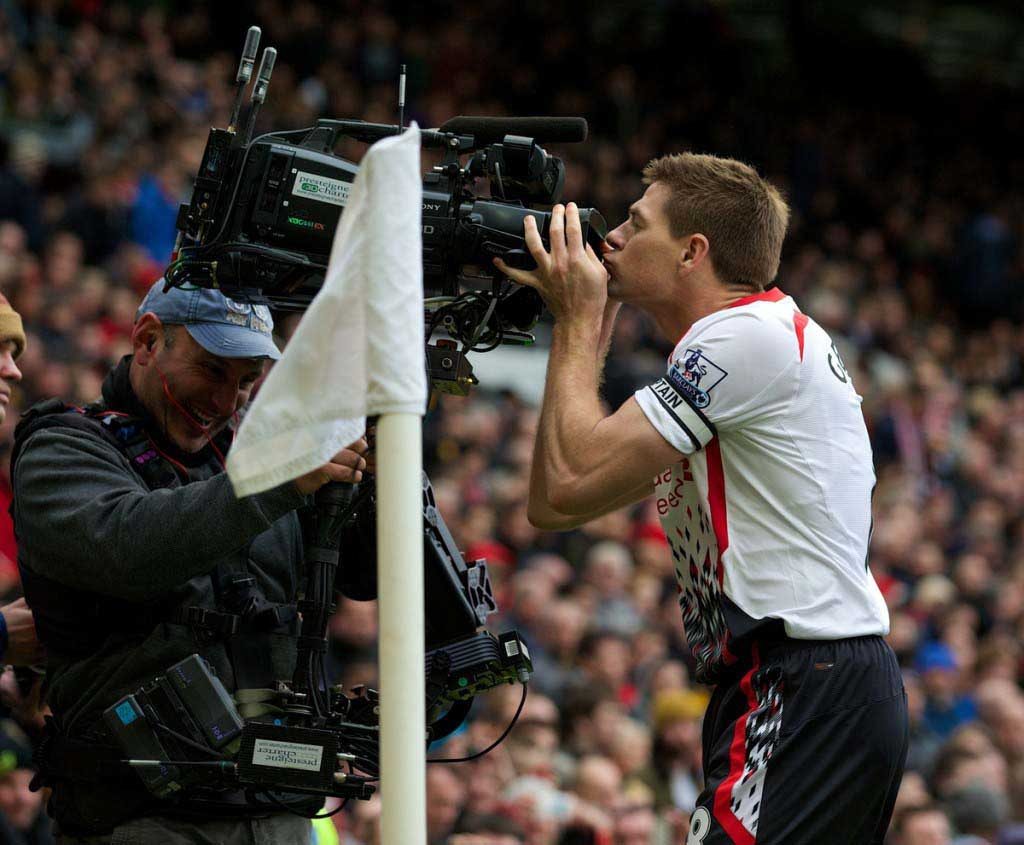 SPOT ON: Steven Gerrard celebrates scoring the second goal against Manchester United from the penalty spot at Old Trafford. Pic by David Rawcliffe/Propaganda.

There are people singing songs about our captain. People who aren’t our people. What a waste of their time. But if they want to waste their time they can.

He started a revolution and it brought people with it. I saw it with my own eyes. People changed. 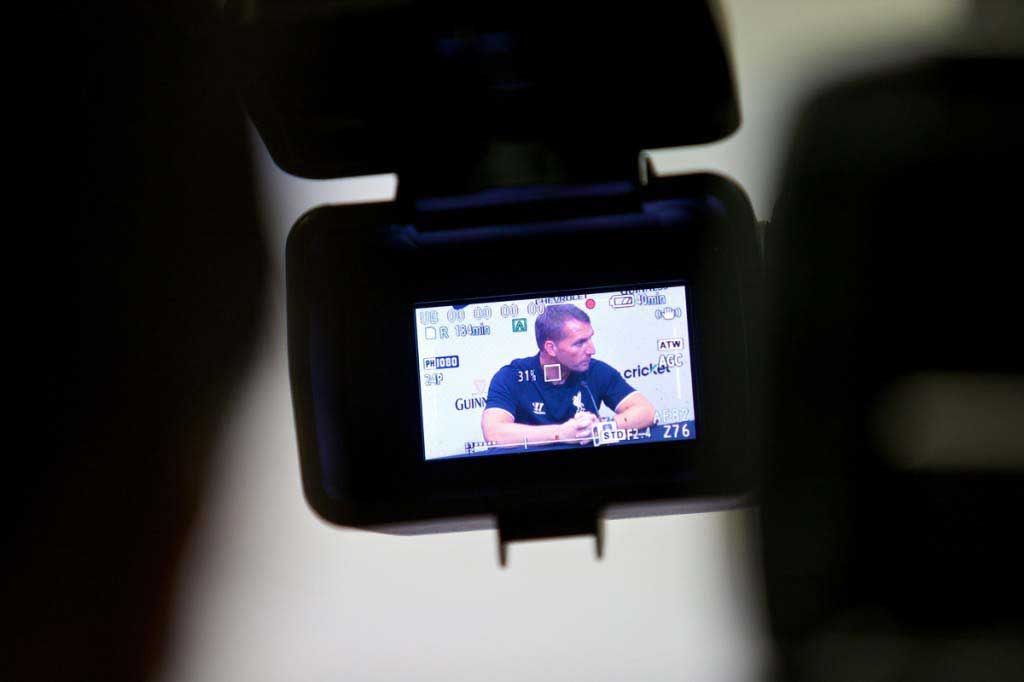 Then there’s us. There’s loads of us. Together, undivided and looking forward we found our voice.

We got in early and we met a coach. Who meets a coach and says hello? We do.

The people I met along the way and the people I hugged. They all hugged back. We were so undivided, so joyous, right to the end. Boss nights. And Boss Nights.

What is a league table but maths played out in a list? As if that could change what had happened to us.

Summer’s over but my joy remains intact. My love for this team is stronger than ever. And I won’t sleep on Saturday night.

I want to get carried away. I will proceed with total abandon. Whatever happens. Total abandon.

Neil Scott wrote a piece for The Anfield Wrap called “Proceed with Caution” and I refuse to read it.