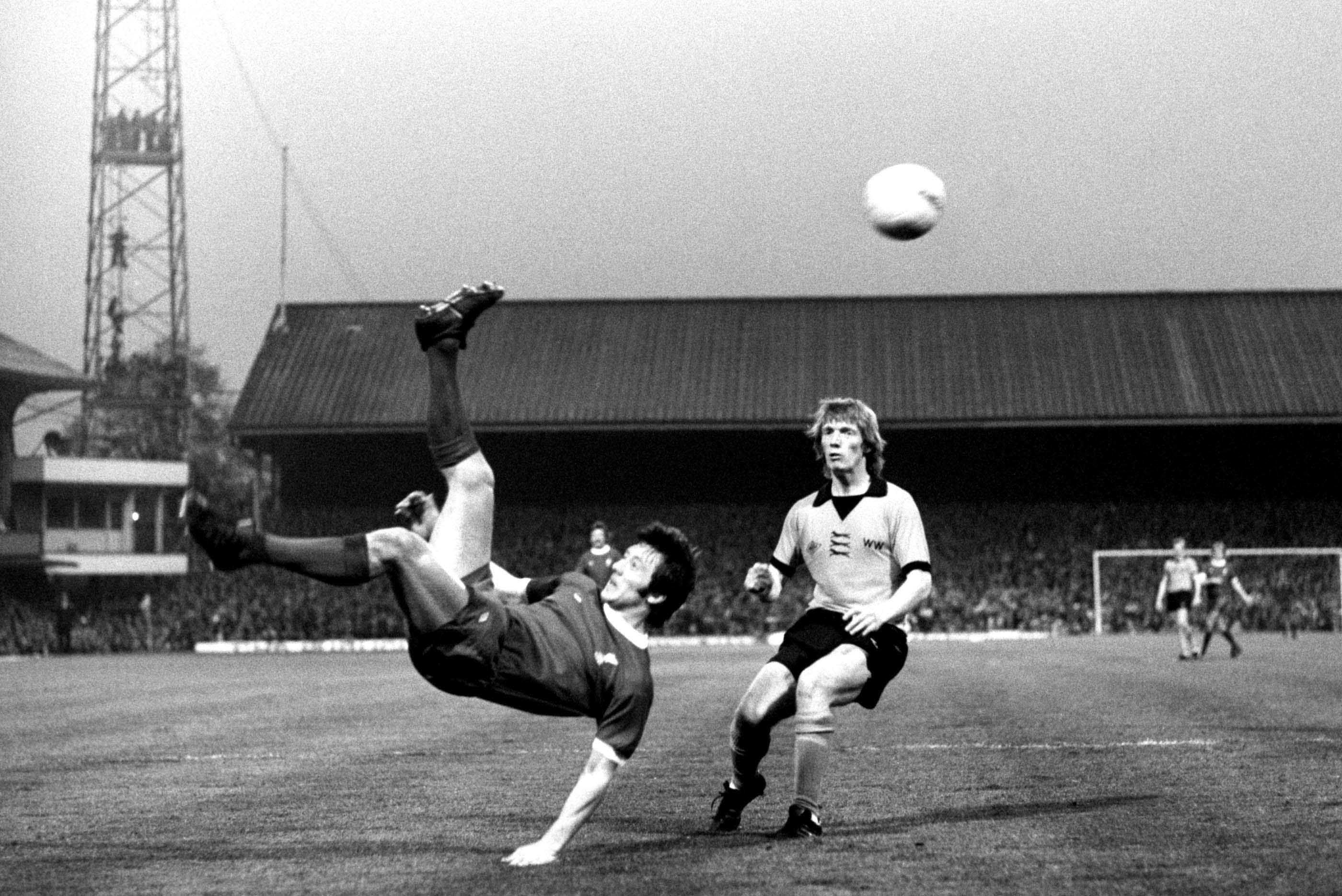 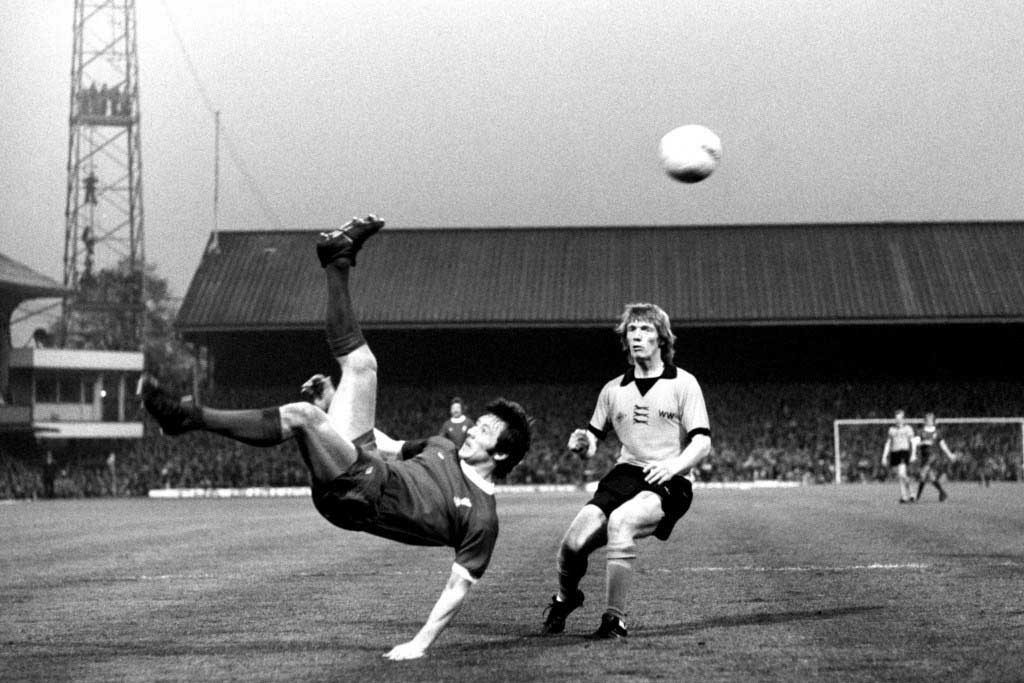 AUGUST 19th, 1981. The day we sold Jimmy Case to Brighton & Hove Albion. Thirty three years ago today. Which means that one or two of you may not have seen him play on anything other than YouTube. The joys of being old, the joys of living through the glory years – just one more great that I saw at the time and that I took for granted.

Jimmy made his debut for Liverpool in April 1975 – two years after arriving from non-league South Liverpool (nobody does that any more do they?). In his six years at Anfield he won 14 – FOURTEEN – honours. That’s a career that.

As ever, that’s not what I’m going to talk about. That’s never really what I talk about is it?

“So, Ian, how DID Jimmy Case come to save your son from drowning?”

This is how it went. We were in Rhodes. Or should that be ‘on’ Rhodes, what with it being an island and everything? Anyway, Rhodes. It must have been 2001 because our Matt was only nine months old – which makes our Tom five at the time. For those of you not yet parents, a word of advice; taking a nine-month old to Rhodes in the height of the August heat is a major tactical error. Major. Properly major. He wouldn’t eat, wouldn’t drink, wouldn’t sleep, cried a lot. I spent endless nights pushing a buggy along the waterfront desperately hoping he’d nod off for at least a short while.

The upside of the ‘not sleeping all bloody night’ tactic is that eventually exhaustion kicked in during the day and he’d have absolutely no choice but to sleep. Which is when you hit the pool. And there was this day, a few days into the holiday, that I swam past this bloke in the pool.

“Christ” I thought, “He doesn’t half look like Jimmy Case.” I swam on. Swam back past him. Looked again. “Sure that’s Jimmy Case.” I said nothing. Naturally quiet, naturally shy (me, not Jimmy, I’m sure he’s great with people) and somewhat awestruck, there was no way I was going to say hello to Jimmy Case, that’s not the kind of thing that you do. Well, not the kind of thing that I do. And I still wasn’t 100 per cent.

I passed him in the bar later on. Spotted the hearing aids. Jimmy was notoriously hard of hearing. This was, no two ways, quite definitely Jimmy Case. Still no bloody way I’m saying hello though. 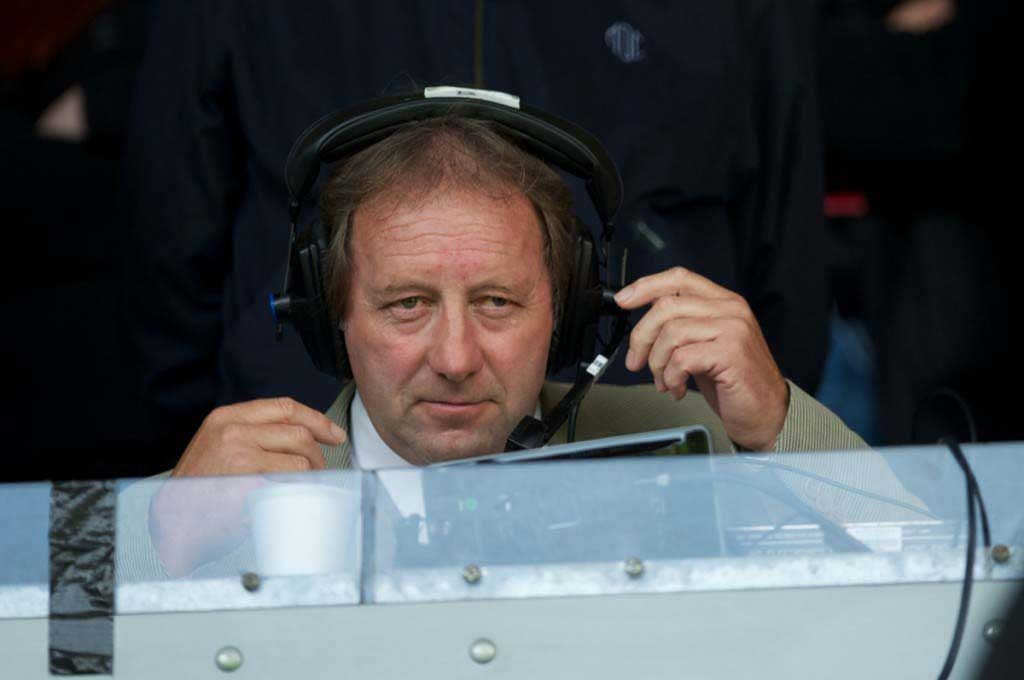 Fate conspired. As fate does. A few days running we ended up sitting next to Jimmy and his wife at the pool. Which, in fairness, freaked me out somewhat. Jimmy kept himself to himself. Quiet bloke. Sat, read the paper, that kind of thing, but our wives? Our wives spoke. As wives tend to. Jimmy’s wife was lovely and my wife got on with her so we talked.

Now, you may be aware of this already but my wife is a blue. Full on, lifelong bluenose. She also knew this was Jimmy Case. She wasn’t quite as impressed as I was. There was this broken leg incident to deal with. She’d never forgiven Case for breaking Geoff Nulty’s leg. She wasn’t really going to socialise with him now. Eleven years from the incident hadn’t healed the issue. But Jimmy’s wife was lovely so she talked, we talked and I deliberately didn’t acknowledge the fact that ‘your husband is Jimmy Bloody Case!’. There was this one morning that Jimmy’s wife told us about what they’d been up to the night before. They’d been down the road to Faliraki and they’d ended up in this bar called Jimmy’s because, and I quote, “his name’s Jimmy.”

I’m biting the inside of my cheeks. I’m forcing my fist into my mouth. I’m doing anything that I can to stop myself screaming;

“I KNOW his name’s Jimmy. He’s JIMMY CASE. He played for us through the seventies, he was incredible, he had a shot like nobody on Earth, he had the hardest, the fastest shot in the league, it was documented, it was something like a million miles an hour, he was unreal, he hit a ball and it stayed hit, knew it had been hit. Bryan Robson – and I generally don’t lend any credence to ‘Captain (are you sure) Fantastic’ but I will on this occasion – said he was the hardest player he’d ever faced. He was BLOODY hard, he tackled, Christ he tackled, he took no prisoners and he won things. He won four leagues for us, a UEFA Cup, a Super Cup, a League Cup, four Charity Shields (which is always a bonus) and three, that’s THREE European Cups. THREE EUROPEAN CUPS. He’s a legend. I KNOW his name’s Jimmy, I know who your husband is – he’s JIMMY F***ing CASE.”

I shouted none of that. I was the model of total suppressed fanboy restraint.

None of which tells you how he saved my son.

Tom was five. Determined that he wanted to swim in the deep end of the pool. Despite not being able to swim.

Sorry, you’ve got me there, mate.

We were struggling down to the pool one morning, encumbered in the way that only the parents of two young children understand the word encumbered. I had the buggy with Matt in it, J had the bags, Tom was walking alongside us. And then he wasn’t. He was racing toward the pool. He was racing, we were in slow motion. He ran further, further still, toward the deep end. And just kept going. When he ran out of floor and all there was below him was pool, he just kept going.

You know that bit in RoadRunner cartoon where Wiley Coyote goes off the edge of a cliff and his legs keep on going as though he believes there’s floor below him? Yeah, didn’t do that. My five year old, non-swimming son, sank into six feet of water.

And Jimmy Case stood up, walked to the edge of the pool, dived in and pulled him out.

Jimmy Case saved my son from drowning. Anybody else able to use that sentence? No? Just me. How cool is that? Jimmy Case. Jimmy F***ing Case.