DERBY DAY: THE TROUBLE AND STRIFE 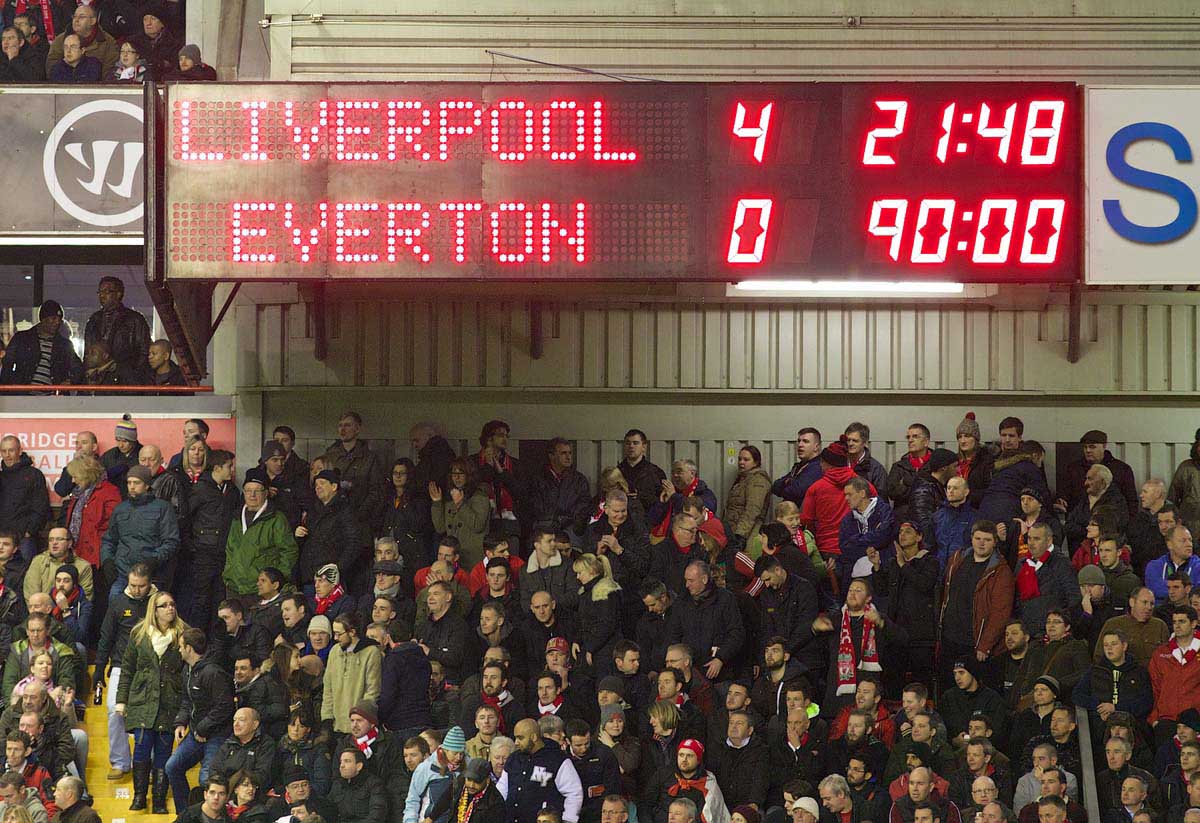 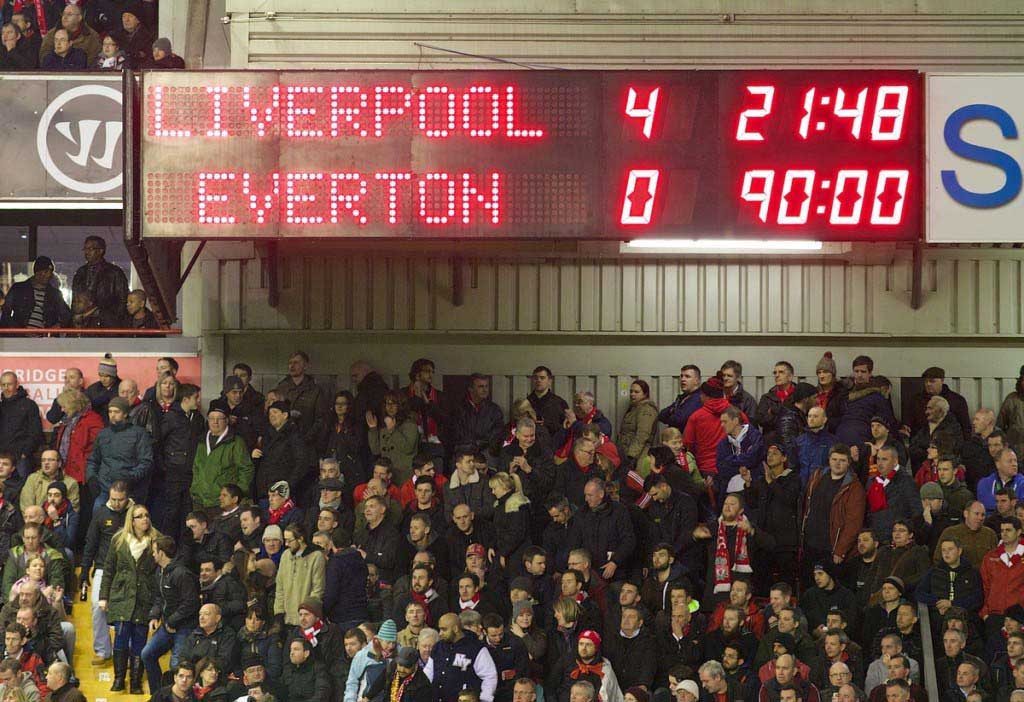 *I should preface all that follows with this caveat: I adore my wife, she is a wonderful, beautiful, astounding, intelligent woman and I am thoroughly aware that I am punching so far above my weight that it’s not even funny.

MY wife’s first words to me on the morning of Wednesday, January 29: “How did you get through the double lock I put on the door? And who said you could come home anyway?”

This, my friends, is my life.

I’m from a mixed marriage: I’m Red, she’s Blue. All through my teenage years my Dad had one message: “Bring home any girl you want, any race, creed or colour, I’m not bothered. But not a Blue. Don’t bring home a Blue.”

Sorry, Dad. Not only did I bring home a Blue and go on to marry said Blue, but I married a girl who is passionate about her team and hates ours. Really hates ours.

Her hatred though is nothing compared to that of our youngest son. Matty is 13, has a Gwladys Street season ticket (look, they’re easy to get) and is as bitter, biased and bigoted a Blue as you will ever meet with a special enmity reserved for our Uruguayan magician. 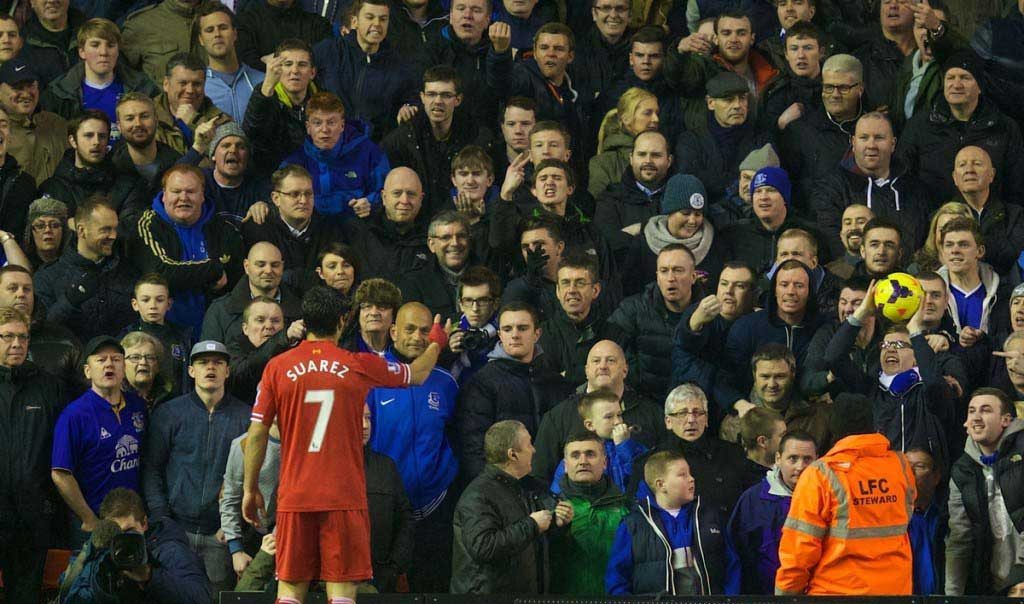 Suarez – not that popular with Evertonians, it seems. Pic: Propaganda

Apparently I’m not allowed to argue against my son’s position or with his many, many barbed comments. Apparently I’m the responsible one here. Apparently I’m the adult. Well, when he turns 18, all bets are off. My wife though, my wife’s a grown up, I could argue with her. If I were stupid. I’ve grown to quite like sleeping in my own bed and being allowed to eat in the house. I keep my own counsel.

Derby days are obviously a little edgy. The build up is a slow simmer; dancing around the subject, both of us aware of the elephant in the room; the ticking time bomb just waiting to explode in the midst of our marriage. Avoidance is everything; avoidance of discussion, avoidance of comment and ultimately, during the match itself, avoidance of each other.

It’s best when either or both parties are at the game but sometimes contact can’t be avoided. The road to Wembley for the 2012 FA Cup semi-final saw myself in a car with both brothers and a friend while J and Matty were on a significantly more luxurious coach with their blue brethren. Matty was adamant that he had no intention of travelling to London with “a car full of Kopites”.

He’s aware that when he sings “Kopites are gobshites” (and he does, I don’t kid myself on this point) it’s his Dad and his two uncles that he’s singing about. He doesn’t care; we cease to be family, we are simply the enemy. Obviously the one stop that we made on the road to London was at the same service station at the same moment as my wife and son. Conversation was stilted. 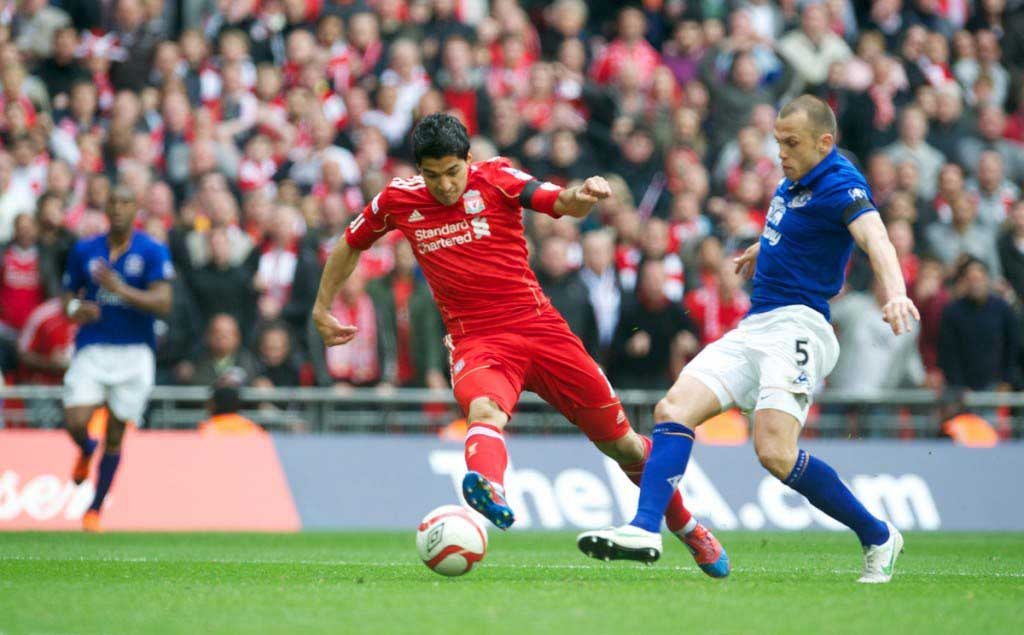 At least there was conversation on that occasion. The legendary 4-4 draw saw the two of us occupy separate floors of the house with separate radios playing the same commentary – J upstairs for the first half listening to the match in the bath, myself occupying that position for the second half, crossing on the stairs at half time without as much as a sideways glance at each other.

But that was civilised and peaceful compared to what we must refer to as ‘the night of the Gary Mac free kick’. We were both at home, watching the TV coverage. The first half had (if memory serves) clearly gone our way, Liverpool dominant, Everton ineffectual and as the whistle blew on the first 45 minutes J turned and said “we’re going to get nothing from this”.

I was young, I was naive, I was bloody stupid. I thought that this was an invitation to balanced discussion of Everton’s tactical inferiority rather than the complaint against perceived refereeing ineptitude that it was designed as.

“Well you won’t if you keep playing like that,” I muttered.

You know that moment when you can hear words coming from your mouth but you can’t believe that you’re actually saying them out loud and there’s no way to stop them emerging into the world no matter how you try? Yeah, that.

Our house is kind of open plan. The living room is an L shape leading into the kitchen. My wife spent the second half in said kitchen with the radio on. I occupied the living room with the TV and when that free kick hit the back of the net I celebrated in what I viewed as the most sensible manner possible given the circumstances.

I made no noise. I was utterly, ineffably silent. I’m stupid but I’m not that stupid. I had no intention of drawing attention to myself. I sank to my knees, I hammered (quietly) at the floor, I screamed (silently) “you fucking beauty” over and over and over again. I was deliriously happy, ecstatic, transported. I turned slowly and there was J, standing (equally silently) in the doorway watching this pantomime. 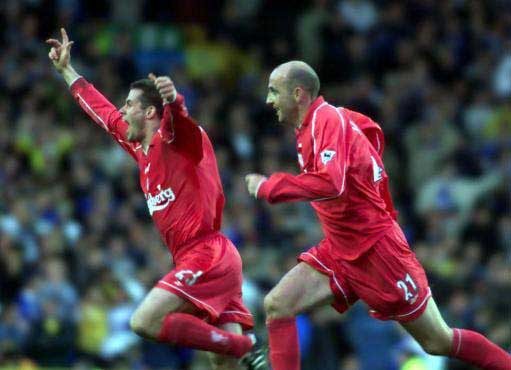 Four days. Not a word between the two of us. Four days.

This week? This week was easier. A 4-0 humiliation speaks for itself. There is no room for argument, no space to claim that a single questionable event unfairly turned the path of the game. Liverpool were better than Everton. Far, far better than Everton. Protest becomes pointless, discussion irrelevant – Liverpool deserved to win.

That’s obviously not a sentence that will ever be used in this household. We’re not going to talk about this.

There is precedent. There have been equally convincing thrashings handed out. There was a lunchtime kick off where we embarrassed the Blues; by late afternoon I had been talked into furniture shopping. Two thousand pounds that win cost me. I’ve no idea yet what the cost of Tuesday, January 28 will be but I’m fine with every single penny.

Peace and harmony have been fully restored. Until we beat Arsenal, they beat Swansea and the FA’s little black balls make their tense way from bag to bowl and breath becomes bated once again….