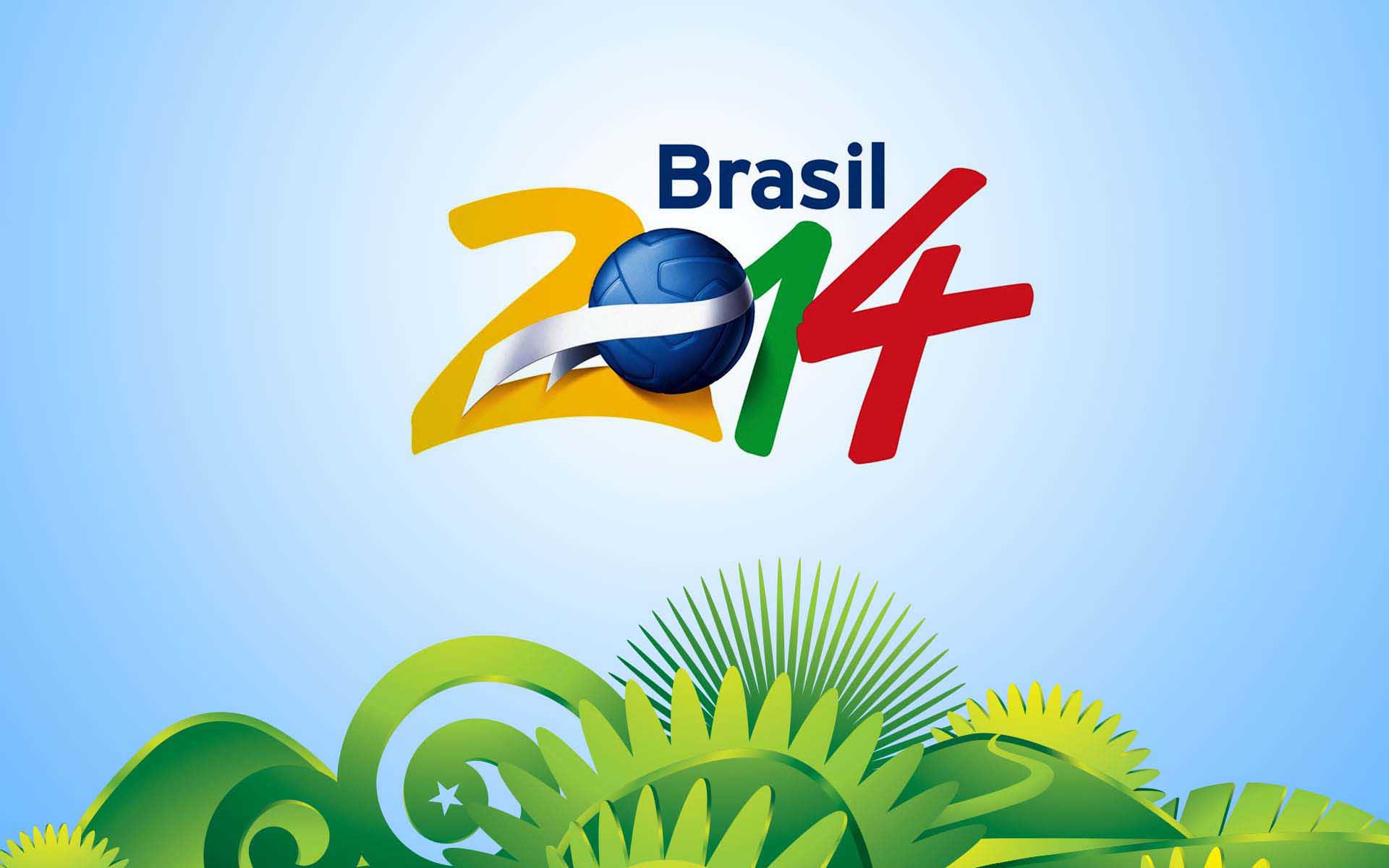 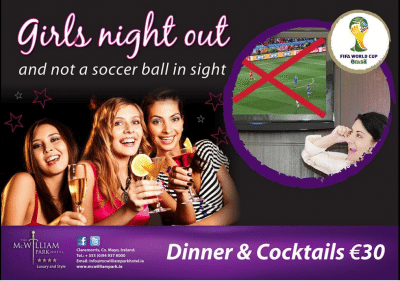 Its origins are pretty basic.  Picture the scene: In the testosterone-fuelled corner, we have an England-shirt-wearing, face-painted, glazed-looking fella with crisp crumbs all over his dubiously-stained crotch, staring at a telly for four weeks with so little else going on in his poor, basic brain, he might as well be dead.  Because men really, really like football, get it?

In the girly corner – which is almost certainly pink and has some nice flowers in it and is probably a kitchen – we have an eye-rolling, frustrated, tutting, passive aggressive woman who is at the end of her tether because her fella is grunting at her when she asks him what he wants for tea. And she can’t watch soaps or cooking programmes because he’s always got “the football” on the telly. Because woman hate football, yes?

As a member of the latter group, the world of advertising helpfully steps in at this point to give me a hand.

“So, what are you to do during a month when your fella is techincally brain stem dead? Because these bloody men are too basic to be able to sustain a conversation and life outside of watching three matches a day.  What’s that? You like football?  You’re going to watch it?  Do me a favour, love.  You’re a World Cup Widow. Best let us find you something else to do.”

A very quick Twitter search returns many helpful suggestions to ensure I don’t have to worry myself actually thinking up ways to while away the hours in which I’ll be existing without male company, or spend several hours a day staring at the wall.

I could go to the Odeon in Liverpool ONE, who are screening 13 ‘classic chick flicks’ to keep me entertained while the match is on.  (Including Dirty Dancing and Grease, YESSSSS!) 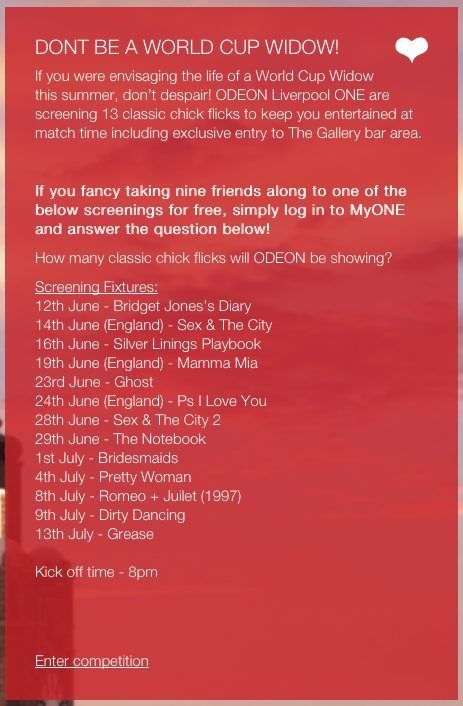 I could take advantage of one of the many offers of cheap spa days for us ladies at a range of hotels, or have a Brazilian wax for free, as pointed out by the excellent Radhika Sanghani in The Telegraph.

Or I could just go on a shopping trip with the girlies, followed by tea in a nice restaurant – away from those footy louts.  I believe there’s a place in town that can sort me out.

It really does astound me that in 2014 – a time when more women than ever before are enjoying going to the game and simply football itself without being judged and scrutinised on whether they’re just doing it to impress men – countless businesses and media organisations are still happy to roll out the same old tired stereotypes. If it wasn’t soul-crushingly depressing and predictable, it would be hilarious. Actually, it wouldn’t, because it’s not even slightly funny.

It’s insulting and demeaning to men and women, to football fans and to those who don’t enjoy the game.  Boil it down and the overriding message you’re left with is the scenario I described above. Those who like football are basic and male. And probably drunk. Those who don’t are female and couldn’t possibly be expected to dream up any alternative activities to engage in all by themselves.

It also reinforces the idea that things like the LAD Bible’s ‘Official World Cup Contract’ are anything less than a million miles from acceptable or amusing.  And given the alarming percentage increase in domestic violence cases around tournaments such as the World Cup, I’m afraid the ‘it’s only banter’ claims from the #LAD contingent just don’t cut it. 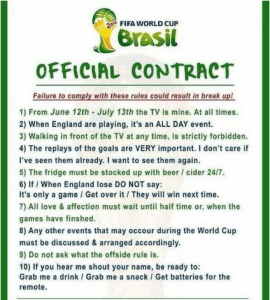 My main hope for the World Cup 2014 (aside from seeing Diego Costa maim someone) was that we would see an end to this utterly dull, untrue and patronising marketing campaign, which has reared its ugly head ahead of pretty much every single footballing event ever.

I thought maybe we’d occasionally stumble across a suggestion of the existence of men who don’t like football and women who do, or the even more elusive, lesser-spotted men who DO like football but – get this – can still HOLD A CONVERSATION LIKE A NORMAL PERSON.

There’s always 2018, I suppose. Anyway, I’m off to get my eyebrows done, or something.