Why Aquilani the artist makes a mockery of our memories 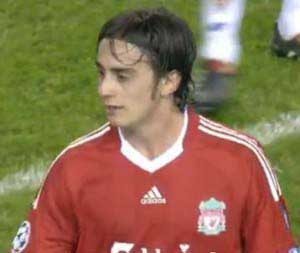 THERE is a mantra which swirls around English football these days, one of those phrases that has been repeated often enough to make itself a truth.

It pays no heed to evidence, requires no proof. It simply is. It has always been.

It goes like this: you can only win the Premier League title if you attack; recklessly, ceaselessly, pouring forward like a gusting wind, swarming into the opposition half with wild abandon, forgetting defensive duties, dirty things, and caring for nought but the adrenaline punch, that zesty kick, flying at the opposing goal gives you.

That is how you win titles, the refrain goes.

It is nonsense, of course, but it is a nonsense which explains football’s most enduring hypocrisy. The reason we think it is impossible to win titles in any other way than the most blood-pumping, fist-clenching manner possible is because we have forgotten all of those teams who ground their way to victory, who remembered that football is not theatre or art; it is not an attempt to entertain, but an endeavour to win.

Football is business; not as sponsors or corporates or TV executives see it – that is too crude, too base – but it is like any other business in that each company’s aim is primacy.

But that does not appeal to sport’s nostalgia, and so we forget that for years, Italian sides dominated European football with a system named after a padlock because its great tactical innovation was playing, effectively, a sweeper and two centre-backs.

Fine, we say: you can win in Europe with such cynicism, but in England, never. This is the land of blood and glory, of thunder and fire, and here you must attack.

George Graham’s Arsenal, of course, were a famously exciting side to watch. Likewise Jose Mourinho’s Chelsea. And, though few fans would admit it, many of those teams from Liverpool’s heyday, those sides who racked up the titles and the cups and who conquered Europe. They were efficient, not attractive. That was a by-product, if it was a product at all.

All were teams built not to be admired but to be victorious. We remember the victories as numbers alone, occasionally lionising one of the men deemed to have forged them, masterminded them. All else is forgotten. Individual games enter the collective consciousness, but often more for circumstance, for drama, than for aesthetic appeal.

And we remember the exceptions. We remember Kenny Dalglish’s team of 1987/88, the best ever to have graced this country. We are more likely to remember the heroic failure of Arsene Wenger’s sides than the success of Graham’s. That is what fans are. Idealists.

But there is a beauty in the other side, the dark side. There is a dangerous fascination with brutal, bloodthirsty, cynical ruthlessness. There is a forbidden pleasure in seeing a team absolve itself of ideals and simply set out to win. There is beauty in that, too. We just do not like to admit it.

Alberto Aquilani is a footballing aesthete. He possesses more style, more grace, than any other Liverpool player. He caresses a ball to bring it under his spell. He arcs his leg, twists his back, a model of human motion, to play a pass.

He moves, constantly, and he tries things he ought not to do. He ignores that mantra of childhood – if in doubt, kick it out – and he attempts to dazzle, to entertain. He looks like a footballer. He does the things footballers enjoy doing, and he boasts that rare vision to do it. He is fragile, yes, and that is a substantial drawback in his line of work, but it is a fragility that should be indulged. Cherished, almost.

And yet listen to what happens when Alberto Aquilani plays. A simple pass: nothing. A clever reverse ball: a ripple of appreciation. A ducked tackle: a wail of discontent, blood-curdling screams questioning his manhood.

Our minds, as fans, crave only beauty, and elegance, and ingenuity. Our hearts, our souls, want nothing but the dark arts. We will tolerate an artist, as long as, when he is not at his easel, he gets stuck in.

We want warrior-poets. In that order. That is why Aquilani will be hounded from the Premier League, caricatured as a failure. Because he is too much poet, too little warrior. He is the sort of player that makes a mockery of our memories, of our collective wisdom. You can only attack to win titles? Nonsense.

You have to get stuck in, first.