HILLSBOROUGH: Why The Truth Will Come Out

JUSTICE can be delayed but not avoided, the truth hidden but never truly buried, the facts obfuscated but never fully erased.

RESPONSIBILITY. It’s the word on everybody’s lips in response to the rioting which spread around the UK last week.

Particularly keen on the R word is David Cameron. A man who rhetorically has often flirted with a centrist view on law and order has allowed his inner Tebbit free rein. In a series of speeches and PR stunts harking back to some imagined paradise of 1950s values, the Prime Minister has reeled off a list of the bêtes noirs of local paper letter-writers, from health and safety laws to single-parent families.

Elevating these concerns above, say, the knock-on effects of a society which actively promotes selfishness from top to bottom, Cameron is seizing on the chance to present his jaundiced view of the world as the solution to our ills. This week the great statesman helped some kids build a raft. 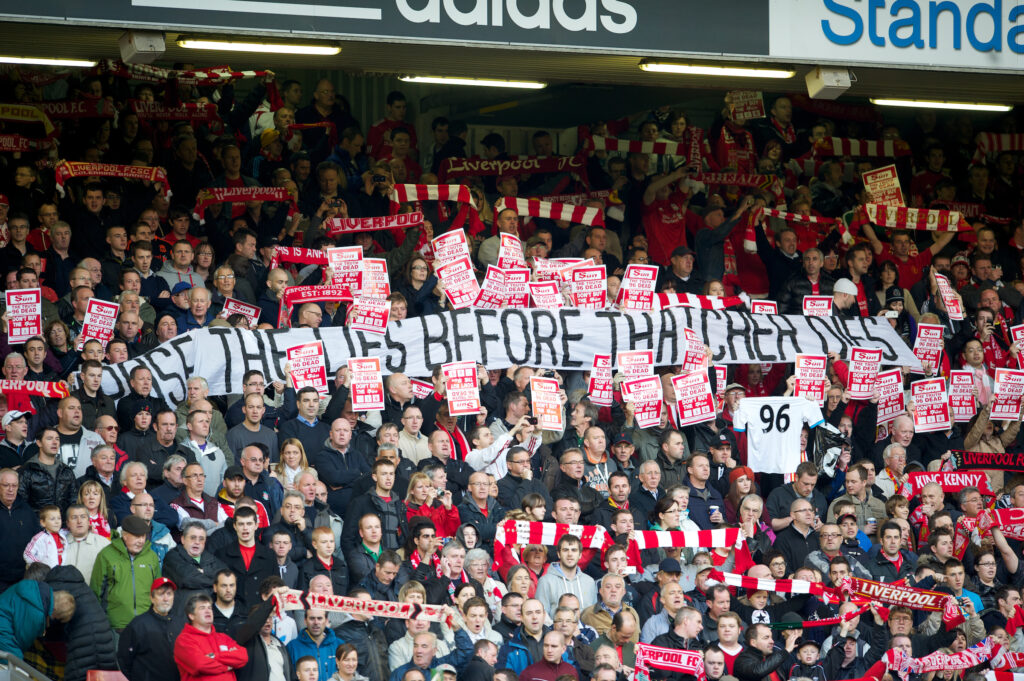 LIVERPOOL, ENGLAND – Saturday, October 22, 2011: Liverpool supporters with a banner ‘Expose the Lies Before Thatcher Dies’ calling for Justice for the 96 before the Premiership match against Norwich City at Anfield. The fans are backing a campaign for the families of the 96 victims of the Hillsborough Stadium Disaster in 1989 who have waited over 22 years for Justice. (Pic by David Rawcliffe/Propaganda)

Meanwhile, away from the staged photo-calls the machinery of state ground on, promoting exactly the kind of responsibility vacuum Cameron claims to abhor.

Jim Boardman’s account elsewhere on this site of the extraordinary steps the Cabinet Office is taking to prevent the full disclosure of cabinet documents from the time of the Hillsborough Disaster makes for depressing reading for any fan of responsibility and accountability in public life.

Perhaps if and when Cameron deigns to scan through the letter co-signed by Andy Burnham and fellow Merseyside MPs calling for the documents to be made public, he will see the hypocrisy inherent in the move.

Perhaps he will understand the ugly light in which it casts the whole apparatus of government.

Perhaps he will see the connection between the actions of those in power and the corresponding reactions across the society Thatcher claimed did not exist, and feel now is the time to set an example, to strike a blow for his beloved sense of responsibility.

Until that day, we must remind Cameron and his colleagues that justice can be delayed but not avoided, the truth hidden but never truly buried, the facts obfuscated but never fully erased.

Many people think they know what happened on April 15 1989. Kelvin MacKenzie and the Murdoch empire with which Cameron’s career has been so enmeshed have their ‘truth’. We have ours.

Frequently the battle of the families to establish who exactly was responsible for the deaths of 96 men, women and children has been patronised as being driven by emotion rather than a clear grasp of the facts 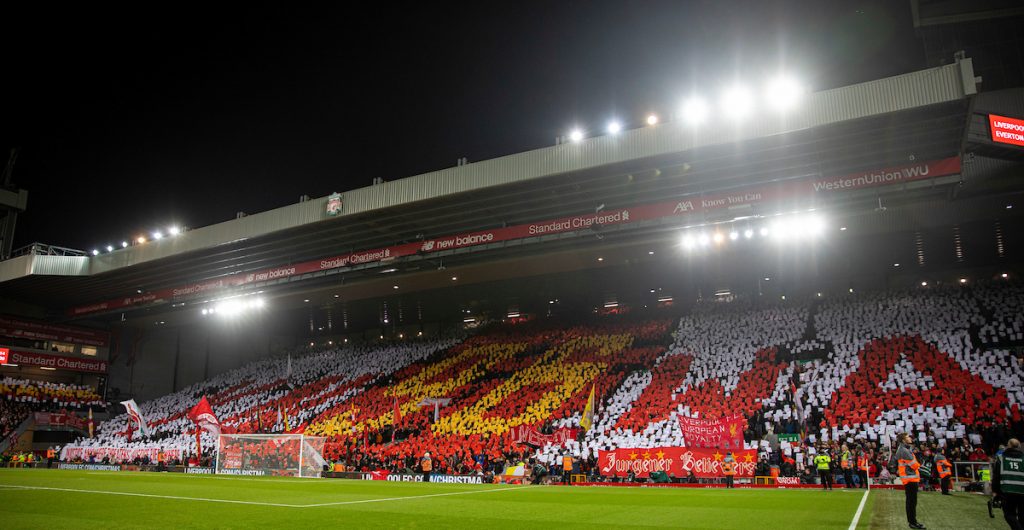 Yes, the emotion is there. The grief and pain and daily reminders of people who only became part of ‘the 96’ posthumously, who up until their deaths were individuals with hopes and dreams to cherish, must be near-impossible to bear.

Their loss has left them with a cause to fight for, but it does not necessarily follow that the cause is based purely on that loss. The evidence that nothing like the full truth of Hillsborough has been aired publicly is overwhelming.

The families know it. Liverpool fans and the vast majority of right-thinking Liverpudlians of whatever footballing persuasion know it too.

Maybe there’s more still to do, more conversations to be had, more posters to be printed, more petitions to be signed until we convince the public at large that this isn’t just about football or a spring afternoon in 1989 when they were probably out shopping at C & A or perhaps weren’t even born.

It’s about the duty of care the government has to its people. It’s about responsibility.

At my former employer a move to hold a two minute silence on the 20th anniversary of the tragedy was blocked.

I was told ‘it was a football tragedy’, as if going to an FA Cup semi-final rendered those 96 people and their families and friends somehow less than human.

Some of us held our own silence, while others got on with their phone calls and office chats, safe in the assumed knowledge their government would not allow them to die in vain.

They need to see that might not always be the case – and join the fight to change it.

Had 96 people died in almost any other circumstances in this country and 22 years later no-one had been held responsible, the outcry would have swept successive governments from power. It simply would not have been allowed to happen.

The very nature of football hasn’t always helped. Fans of other clubs, some far more than others, have been happy to buy the MacKenzie line that there must have been at least some more simple explanation, that something as terrible as we believe happened could not have taken place and then been covered up.

It’s easy to despise them, but we should recognise their naivety and convince them it’s not all about us, however they view our football club in its wider context.

This was not a Liverpool FC tragedy. Nor was it a football tragedy or just a tragedy for the city of Liverpool. This disaster put the very basis of accountability and the rule of law on which our civil society is constructed to the test.

It was found wanting, and we all have a responsibility and an interest in ensuring that state of affairs can never be repeated.

It’s a blessing and a curse in 2011 that during the course of writing an article like this, your argument can be shaped by the prevailing mood on Twitter.

Worse still, you can often find the concept you’ve been struggling to wrestle with summed up more succinctly and with admirable brevity from the most unlikely quarters.

In some cases though the writer must defer to those who’ve got there first, and expressed themselves far more efficiently.

“This is not about clubs, rivalries or cites. Its about human beings and families losing loved ones. Put yourself in their shoes for a minute”