Blowing away the pre-season blues

I DON’T sleep much in this weather unless I wear ear plugs. See, I live away from home through the week. Well, I say ‘live’ – I have a box I climb into in London. And it’s not bad, my little box. I have a telly, and I have a few gadgets, and some wireless broadband. But while my weekday gaff is also blessed with good solid walls, I have a walking ASBO for a neighbour.

I think she might be a doctor. A nurse maybe. When I see her to-ing and fro-ing from the kitchen, she tends to have those hospital scrubs on, you know? So a physio?

But guess what – that involves shifts. And guess what – evidently she works so hard and loves her graft so much during her day that when she’s not at work, she has to phone everyone she knows to tell them about it by shouting for extended periods down the mic of her mobile phone like the Bollywood interpretation of Dom Jolly. 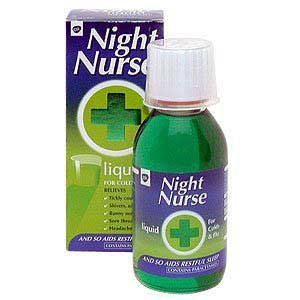 My walls, they’re so thick that when I leave my telly on blaring and exit the room (I’ve tested this) I can barely hear the noise. Her radio alarm clock? I have my ear plugs in all night and I still get wakened up by her radio alarm clock. So a few nips of rum. That helps, you know?

Inexorable creeping dread. So the Night Nurse. It helps, you know?

Blessed gooey sedative. Gone the constant nagging certainty that football is dead, and the family too far away to offer any meaningful solace. See, there’s no football in the close season.

And, well, idle brains, idle thumbs and the other eight idle fingers are left with nothing much to obsess over. It’s dangerous. Too much space. Too much free time on our hands. No other real vent for it. Well, pornography maybe. A perfect storm of existential agony. The internet football forums.

So rum soaked spongebobs and a gallon of Night Nurse. And, you know, I try and stay off the football forums. But Aquilani – someone on there said he was namby pamby. And Andy Carroll, they said… I try to stay off them. It helps me sleep.

Fucking Bollywood night nurse and her godforsaken clock radio, Christ, I can’t even hear Alan Brazil of a morn… oh, and no TalkSport. I don’t tend to sleep much these days if I’ve listened to TalkSport.

They pump amphetamine into the airwaves like the air conditioning ducts at Caesar’s Palace, you know? Listen to it too much and you find yourself stood at the sliding tray of the All Night Garage at 4am demanding Worcester Sauce crisps in bulk. So it’s best I lay off the TalkSport. And the football forums.

But it’s pre-season… and it’s important! Some bloke said Henderson cost £29.8 million and if we start Andy Carroll we might as well play with two players cos the ball’s never going to touch the gr…

And human conversation. I try and lay off the human conversation. I mean, especially at work, you know? They know things there. Like, you know, Scott Parker, the papers only rate him cos the other players in that side were shite, and in Moneyball it said that if you’re over 25 your brain explodes like in that film Scanners, or was it Speed. Ehm… Profit and Loss Account.

So ear plugs at work, soaked in dopamine.

I walked into the office this morning and I felt a little dizzy. What with my night nurse next door and, you know, other people, and them internet forums. And Moneyball.

It’s a bit much when your reason for hoping your side get a result or get reported as linked with a transfer is to get some blessed relief from the constant onslaught of mindless bollocks.

At least then the rest of them might all go ‘over there’ for a while.

If you’re wise, you’ll stay away and leave them to i… oh go on – just a little browse to see what they’re saying… like a whirlpool. It never ends.

Not until the start of the season any road.