Liverpool, Everton And The History Of A City’s Protests 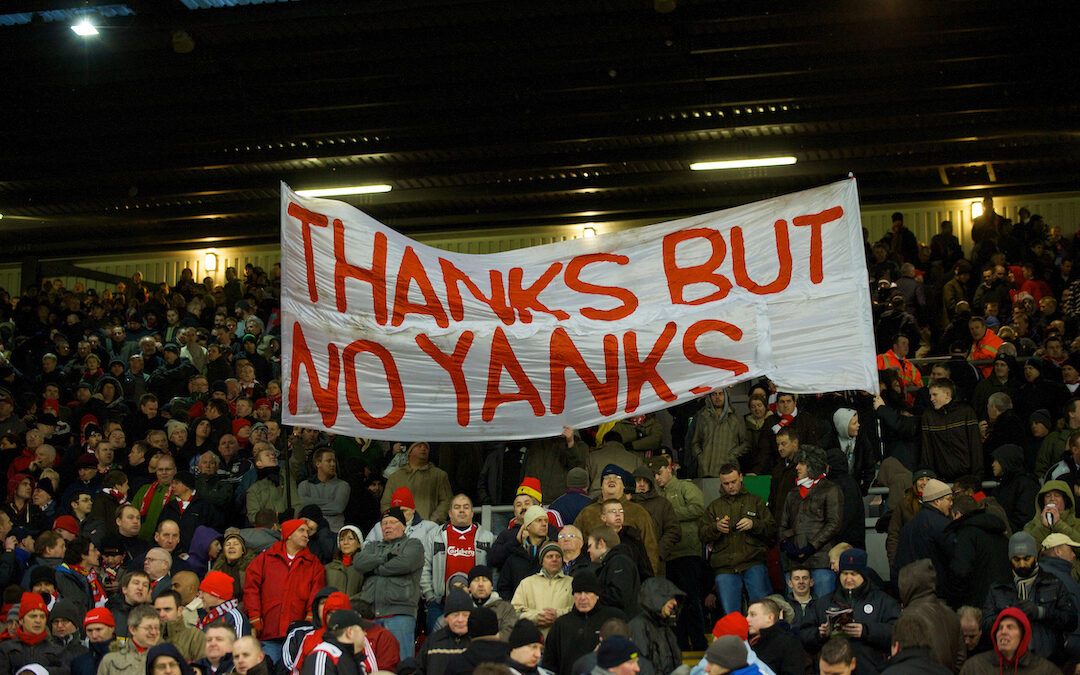 Liverpool is a city with a history of protests when its people sense genuine injustice, as evidenced by the current outrage of Everton fans…

NEIL Atkinson’s daily rundown email on Monday was truly excellent and, as ever, he articulated things in a way I could only aspire to.

I wanted to get involved in The Anfield Wrap because I felt I could offer something positive and of value. The other reason was the contributors, who seemed like people I wanted to be around — people who already added value to me as a subscriber.

This is symptomatic of life in that we find tribes and immerse ourselves around them. This often comes with a requisite amount of confirmation bias which, if not monitored can negate your ability to monitor yourself against said agenda.

Supporting Liverpool always offers up contentious debate and there’s plenty of times I’ll disagree with people who contribute to TAW. This week I told Neil he’s killing me for advocating the signing of 5ft7 Alexis Mac Allister on the basis he’s 5ft7 and Liverpool currently massively lack physicality.

I also disagreed with the pretty common post-Wolves consensus that Stefan Bacjetic should start on Saturday against Chelsea. That is completely healthy and makes for good content. That is the base level of football supporter opinion we should never veer away from.

Something quite different is happening online. A call to action and shouts of protest against Liverpool’s owners in certain quarters is reinforcing a rhetoric of local ambition against external. I’m not getting into any of the ridiculous phraseology.

I’m taking some time away from Twitter, dipping in only on occasion. But I still see the increasing polarisation this is causing. Of course, everyone is entitled to opinion on the club’s strategy, but the abuse and increasing personalisation being displayed is disconcerting.

We can’t be entirely surprised. Society and online spaces have become increasingly tribal as a result of years of political rhetoric and propaganda insisting you have to pick a side, and if someone isn’t on yours then they’re truly the enemy.

There are people who want Liverpool to be sold to the deepest pockets and most fanciful promises of riches and spending. Others want the club to spend within their means and have sympathy with the challenge.

This remains an opinion, not an insult.

It is the starting gun for who the club should buy or sell, the formation they should employ or the kits they should wear, all of which can be debated without such friction.

Protest is a familiar concept in Liverpool, which has used its voice to fight social injustice and stood up to the establishment for decades. Winston Churchill pointing gun-boats at the city from the river in 1911 during the great transport workers strike is but one example of the stoicism shown by these people in this place.

Protest is not a futile exercise here, it generally forms part of a much wider call for impactful change. When protestors in town don’t align with the general values of the place, they’re chased out being accompanied by the Benny Hill theme tune.

Football often elicits a different, sometimes irrational level of emotion in us all. Everton are currently entrenched in turmoil which has allegedly spilled over into some deeply unpleasant and unacceptable behaviour which can’t be justified in any way.

The Blues want to enjoy football again after almost three decades of purgatorial languishing. You’re entitled to want that from something you invest so much energy into. It’s an important part of so many lives.

Where Liverpool’s line currently is, nobody knows. What certain sections of supporters want to protest against and how they want to do it remains a shadow operation.

Personally, it’s not something I would want to be a part of because I don’t believe it goes against my values enough. Again, opinion.

Liverpool Football Club remains in the city of Liverpool; a place which stood up to the establishment, to the far right and for each other. It’s a city you can learn a lot from, a place which chooses its battles carefully.

I’ll be at Anfield tomorrow. There will be others present who share my beliefs and those who don’t. We’ve all existed under this same umbrella for years.

In recent times, this manager has taught us all to accept our differences and imperfections and come together under the cause of him and them.

It’ll be him and them who matter only to me tomorrow. The rest is noise.