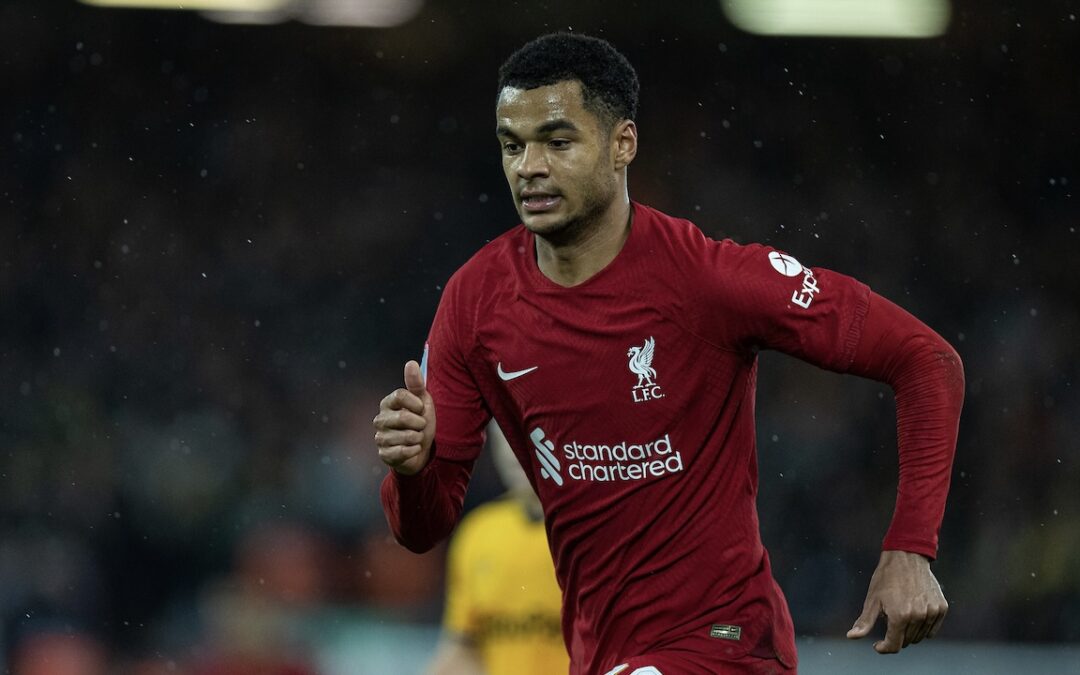 AS if what these needed was more games of football.

Absolutely thrown that one in, Liverpool.

Possibly got more credit in the bank than any member of this squad, but from where I was sat in the ground it looks like he was at fault for both goals tonight.

Him and Robbo remain our most creative outlets, but even their impact feels limited at this moment. That ball for the first gets him an extra point.

Thought he was fine, but ultimately we concede two daft goals.

Looked more assured than he was against Brentford, but same as above really.

Just looks like one of the only ones prepared to grab it by the scruff of the neck at the moment.

Thought he didn’t offer loads tonight, which a few will no doubt be happy to see.

Looked much better than against Brentford.

At least tried to keep things moving and ticking.

Back to feeling like he can’t get into games. Got a gimme for their goal.

Didn’t offer as much as he has done, but took his goal so well.

Looked tidy but tough to get anything going in a team so low on confidence.

Like Robbo, one of the only ones who seems willing to grab it by the scruff of the neck, which is wild considering he’s meant to not be arsed and is probably off in the summer.

Tough to come on and do anything in that game.

“That just felt dispiriting. A faint silver lining that we are still in the hat, but we’ve now got to play another game of football which just feels like a chore at the minute…”