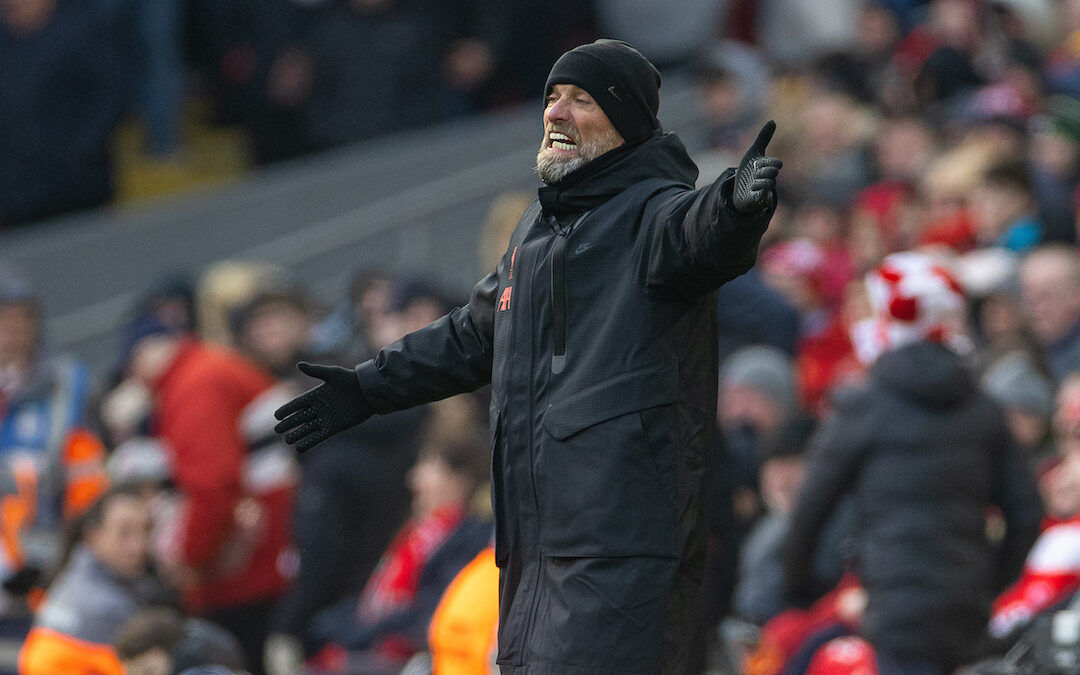 THESE two sides played out two of the highest quality finals you have ever seen last season. Both finished 0-0. But both reached the skies.

You go through bad times. You do. You might want to scream or thump the floor. Or maybe you are the type who prefers zen-like silence, but nonetheless these times are not easy for anyone. Liverpool FC are leaderless and luckless on the football pitch.

At times in this game against Chelsea we do alright. I like the team. I like the inclusion of Naby Keita. I’m unsure about the structure of the attack and unsure who is the fourth most likely Liverpool scorer, but I like the team.

Liverpool start the game letting a goal in early doors. It is ruled offside but no one should ignore that it happens. It happens because of one of the first things you learn about the game of football. That rush of adrenaline and fear you get when the ref blows the kick off makes you liable to lose your head and make mistakes. You have to learn to have a big five minutes at the start. Our players more than know this, but the massive confidence drain that the past six months have been means they are making errors on the basics.

How to fix it? It’s hard. It is a kind of the yips. You have to get out of your own head. You have to stop thinking about the future and how bad this could get and take it day by day. You have to turn your brain off and let your instincts ride it out. Liverpool need to get off their own backs and let it flow.

The yips. What do you do about the yips? You find a way after playing through. I hate the yips, it’s the hardest thing in sport. It isn’t the same as being bad. But it looks like it.

Not all is bad. At all. The centre backs do really well. Ibrahima Konate looks boss and Joe Gomez every inch the experience he has. Liverpool have periods where they create chances and put the fear of god into Chelsea.

Before the subs, Harvey Elliott looks great going wide, for all he is poor in midfield after the subs.

But Chelsea aren’t great and with 10 per cent more confidence and 50 per cent more organisation, Liverpool can beat these. The timing and choice of our substitutions hinders rather than helps. Maybe Jürgen needs to get out of his own head too.

He leaves himself with few moves that aren’t big. He leaves us flimsy. We are even more unsure.

My baby’s got the yips. She goes out in 42 (sic) comes home in 54. It’s hard to watch the yips. Liverpool are hard to watch. And you know we have only played 19.

“We can say we were unlucky in certain occasions but I don’t think we did enough to score a goal to win the game.”