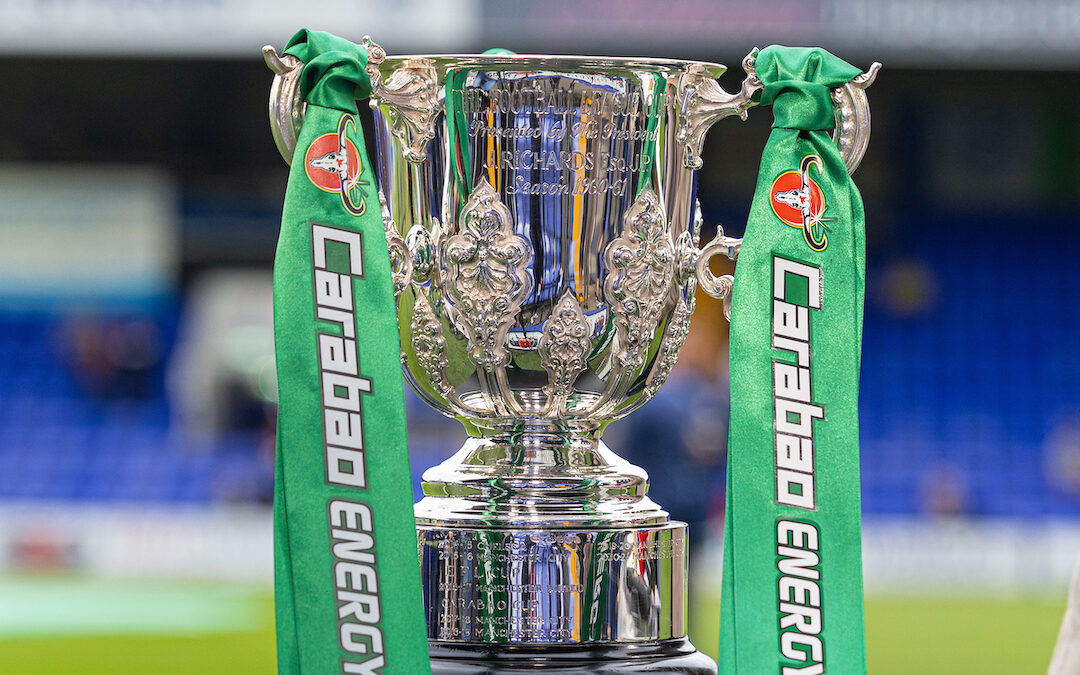 AND this is exactly what the tournament should have been about.

Never mind the timing of it or the debates that have flown around it like some swooping birds of prey. No, this is what we came for. The two best teams in the world, duking it out on the world stage. Head-to-head. Mano a mano.

Alright, everyone loves a World Cup, even this one, and the final was extraordinary, but this is the most important game of the week. Don’t @ me.

It hasn’t always been this way. There was a time when a Liverpool-City game had the same importance of, say, a game v West Brom.

Twenty years ago, Liverpool and City wouldn’t have excited much comment and, had anyone thought ahead to modern times, they would have frowned in the same way that we would if a time traveller arrived and told us about the top of the table crunch clash between Wolves and Bournemouth in 2042.

It’s for that reason that I can’t get overly excited about this new ‘intense rivalry’ between the fans. Oh, I can understand the on-pitch thing completely. As I’ve said, these are two of the best teams in the world housing the best club players, but for me City will never usurp Everton and United as the main rivals. This is a passing fancy in the same way United v Blackburn was a thing in the mid-90s.

That may appear sniffy and be taken as an insult to the opposition, but it’s really the opposite. City for me will always be Maine Road, great kits, greater away kits, Peter Barnes and Dennis Tueart (get your dad to ask his dad), hardier fans than their main rivals (anyone can support United if you’re from there – same for us, obviously) and, usually, a Liverpool win.

I only went to Maine Road a couple of times. We won 4-0 in an FA Cup quarter final in 1988. I got hit by a 2p piece when Ray Houghton scored the opening goal. I retrieved it and kept it for a while in a sort of Baldrick’s-bullet-with-his-name-on way. The previous July I’d been there to see David Bowie perform his Glass Spider tour. He chose not to lash a coin at me, for which I’ll be ever thankful.

We’ve a decent League Cup record against City too.

That semi at Anfield in 2012 was fantastic. You may be thinking about Craig Bellamy rolling back the years to knock over his former club, but the highlight was undoubtedly Stevie having a go at Joe Hart after he’d tried to get into his head before he took his pen. I love moments like that.

The penalty was due to a Micah Richards handball. It’s weird with him. I’ve never seen such a disparity between player and pundit. Enormous and brooding on the pitch, he’s now the BBC’s favourite uncle. The way he exhales with a frown when someone gives an opinion he hasn’t thought of. I like him.

The 2015 final was less than memorable and I only took two learnings from it. One was to never ever trust Philippe Coutinho from the penalty spot and the other was that Alberto Moreno should learn what a defensive line looks like and maybe join in with it sometimes.

Older Reds may remember a 4-0 win against them in 1995, which was followed three days later by a 6-0 victory in the League on the same pitch. That was probably my favourite City incarnation. The one that gave up pretty easily.

But that was then and the past is a foreign country and all that. We can’t take the game lightly even if the League Cup is the fourth highest on the totem pole (unless we win, obviously, then we’ll be showing it ‘respect’).

Pep Guardiola has already started the overrated notion of ‘mind games’ by saying that he has only ‘four or five players’ ready for the game. That would suit me down to the ground if two of them weren’t De Bruyne and Haaland.

It’s different for The Reds, of course. It’s unlikely Alisson, Fabinho, Virgil and, obviously, Ibou will make it but you’d expect the manager to go strong because it’s City, in the same way that he’d just pick 11 lads from the stands if we’d drawn Gillingham at home. Both managers won’t want to lose to the other, though both will downplay any defeat as just a one-off scrap with no deeper meaning.

I say that this is the most important game of the week, but the Villa match takes precedence really. Villa, then City, then Qatar. Thanks for that game at the weekend though, Kylian and Lionel. It was pretty good, all told. Ibou Konate won a corner.

City don’t play for two more days after we visit Villa Park. Maybe they’ll be up to seven players by then.

Of course, it’s a ridiculous time to play a game and though it’s important in some ways, I doubt many will lose sleep if we go out.

I’ll probably disagree with that if it happens, though.

“We have to finish in the Champions League, not just for Jude Bellingham but for whoever comes after it.”

“The management will be looking at it long term.”