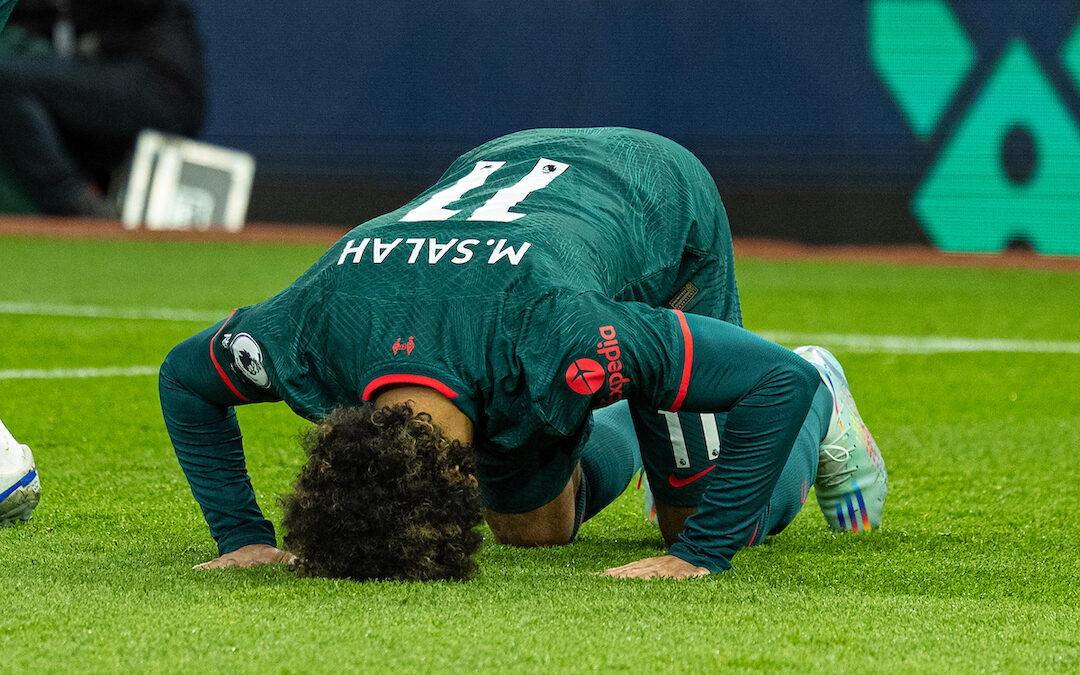 Made some great saves first half, couldn’t do anything about their goal and took an elbow to the ribs from Watkins like a champ.

Probably our best player in the first half and deserves a high mark for that ball to Robbo alone.

Got caught under the cross a bit for their goal, but besides that was very front foot and good.

Defo his goal, that. Wonder who’s on the dubious goals panel, though, like is it a full-time gig? Will they get their bank holiday back in lieu?

That ball for the first was unreal and he plays about four of them every week, including today.

Just kept us ticking so well, and feels like his time with England has massively helped his confidence. Probably buzzing to play with Jude.

Thought he looked good against City when he came on and was good again today. So important that he stays at that level for us.

Some mad moments but it’s all part of his lovely package, isn’t it? (No, you calm down.)

Equals Kenny’s record in over 200 fewer games. One of the best we’ll ever see.

Love that Amazon gave him man of the match. See Klopp and Pep buzzing off him as he came off? Just can’t keep him out the action. He is the action.

Don’t think he ever quite got into it, but good to see him getting some game time.

Come on and played left wing.

Come on and had a shot.

Come on for a classic Christmas three centre-back diddle.

What a moment. Unreal for him and clear to see how much he enjoyed that moment and the aftermath.