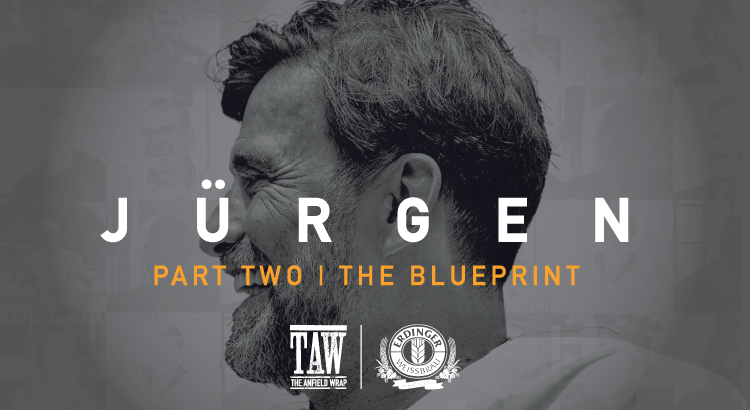 Part two of the docu-series, The Blueprint, explores how Klopp is able to effect immediate change in the atmosphere at each football club he has managed, both on and off the pitch.

After the introduction of the challenges that faced him in part one, this installment looks at how he is able to instil early shoots of belief in his players and the supporters, as well as how he goes about creating a tight-knit group with everyone pulling in the same direction.

The episode features contributions from Liverpool legends Kenny Dalglish and Jamie Carragher; Klopp’s former neighbour and dressing room leader Adam Lallana; plus supporters, journalists, coaches and players who worked with him in Mainz and Dortmund, including Roman Weidenfeller and Patrick Owomoyela.