What Happened To The Spirit Of The World Cup? 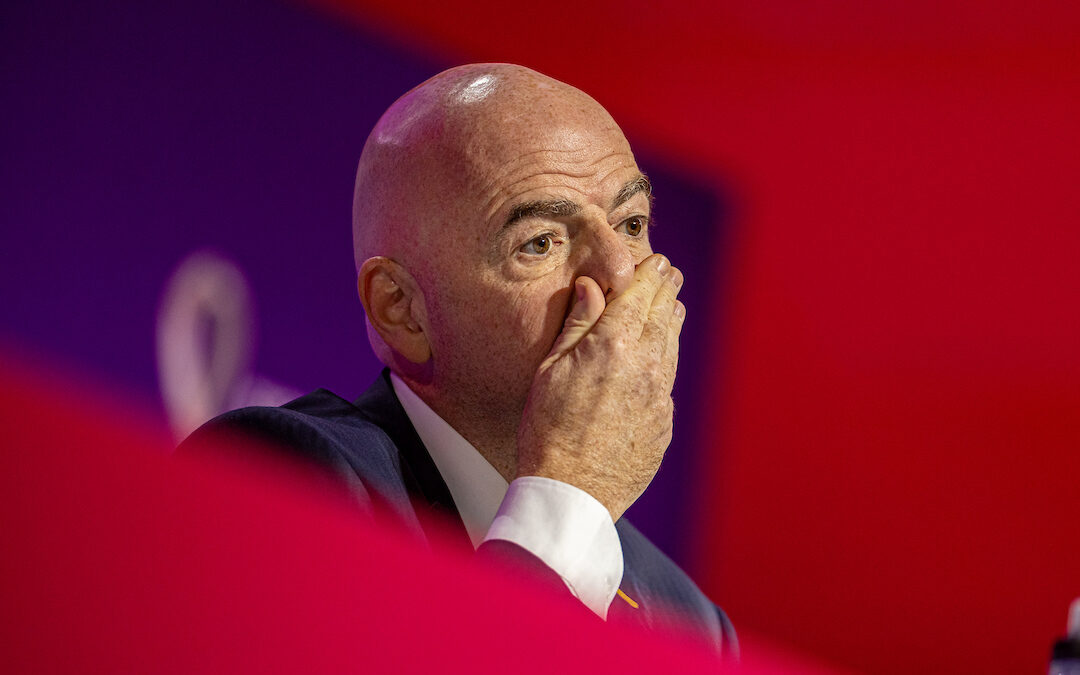 With the World Cup making headlines for all the wrong reasons, what has happened to the spirit that was behind the tournament’s origin?

WHEN the historians of the future come to look upon where the game went mad, they’d do well to look at November and December 2022.

Usually there’s a slow slide into obsolescence, but this month has seen the game jump the shark completely.

Someone somewhere thought it was a good idea to hold a summer tournament just before Christmas in a country with no or little footballing history, and with an abominable human rights record to boot. The people who made that decision were not necessarily footballing men, though they are very well-paid men indeed. And it will be men, let’s be honest.

Income, sponsorship and comps can make uncomfortable questions go away. Any accusations of LGBTQ+ rights, the treatment of migrant workers and mad remits about the word ‘love’, can be answered with ‘yes, but they paid’.

Even the remit of the competition has shifted to fit in with the fight of the almighty Euro. When Jules Rimet founded the tournament, it was his wish that it should bring the game to the world and not just a handful of European and South American countries.

In 1994, it went to the USA, partly as a device to develop it after the demise of the North American Soccer League in 1985. Sixteen years later, the event arrived in Africa and brought in a new audience there. 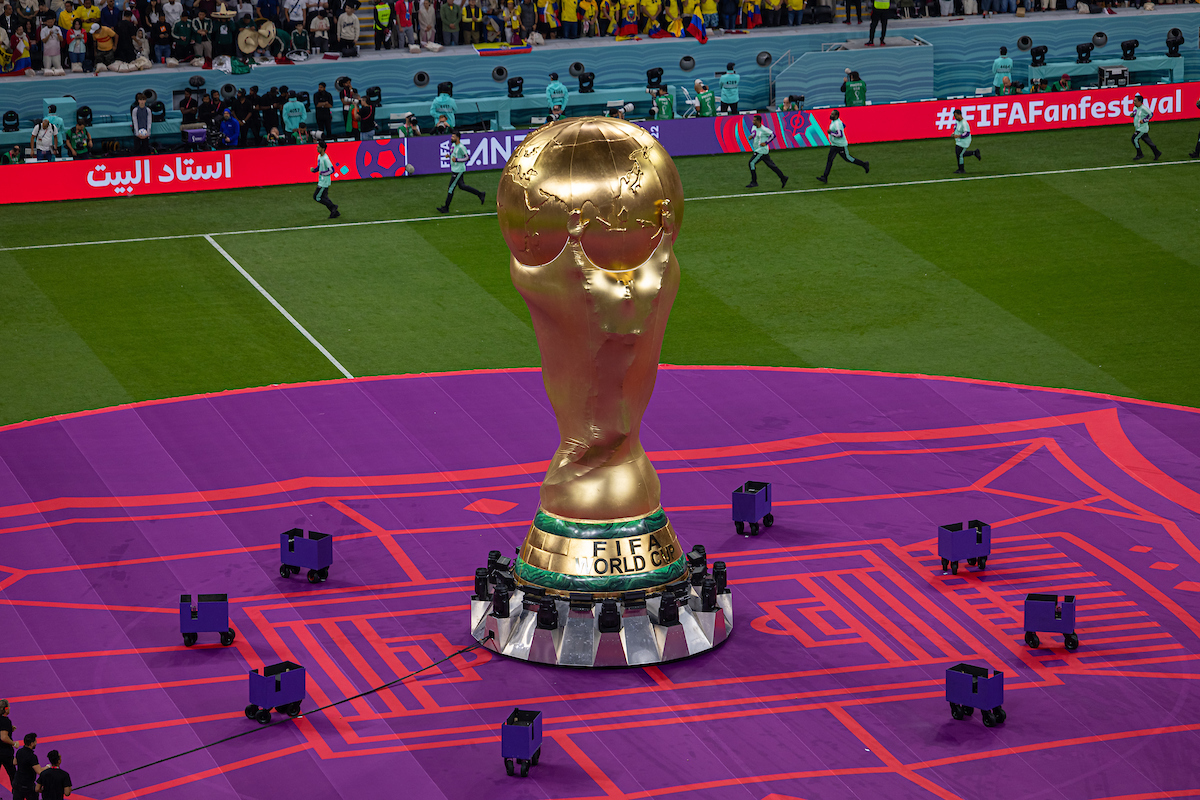 FIFA can hardly claim that this will be the beginnings of a football infrastructure when many of the stadia are being torn down once this charade is over. What’s more, they can hardly be responsible for bringing the game to the masses when they won’t let a rainbow hat into a ground, never mind consider someone from that community as anything other than ‘illegal’.

FIFA are not the only body to kowtow to the money men. The sheer cowardice shown to them by the FA would have been breathtaking had they themselves not had a record for not rocking the boat. The whole farrago was perfect for them. Start an initiative to stand by a percentage of England fans, draw up a programme and then leave the players to deal with the fallout once things get a bit tricky.

Harry Kane said as early as Monday morning that he had no problem wearing the One Love armband, so it was hardly his decision. He’ll take the pelters though and be called a coward for it.

If it was the promise of a yellow card that put them off (Gareth Bale would have been sent off last night had he worn his, as he took a booking in the actual game), then why not pass the armband to his goalkeeper? Keepers do get booked but it’s hardly a regular occurrence. Mind you, given Pickford’s record with timewasting…

There are many who argue that the competition is about football and shouldn’t be treated as a mechanism for social change — the whole Mark Lawrenson approach of ‘can we get back to the football now?’ stance.

While that argument is perfectly valid, it’s difficult to agree with it given who is in charge of the game. FIFA’s blindness to blatant corruption and its tacit acceptance of the host nation’s behaviour is hardly in keeping with spreading the wonder of the sport.

The FA (Hillsborough), UEFA (Paris) and now FIFA have each neglected the ideal Rimet proposed back in 1930. Self-interest, a shameless pursuit of money and a blind eye to corruption and income (so much so that the Qataris even reneged on a deal with the $65m spend Budweiser made just days before the tournament began) have long since taken over. As I said, this is the time the game went mad.

But what about us? What about Liverpool? 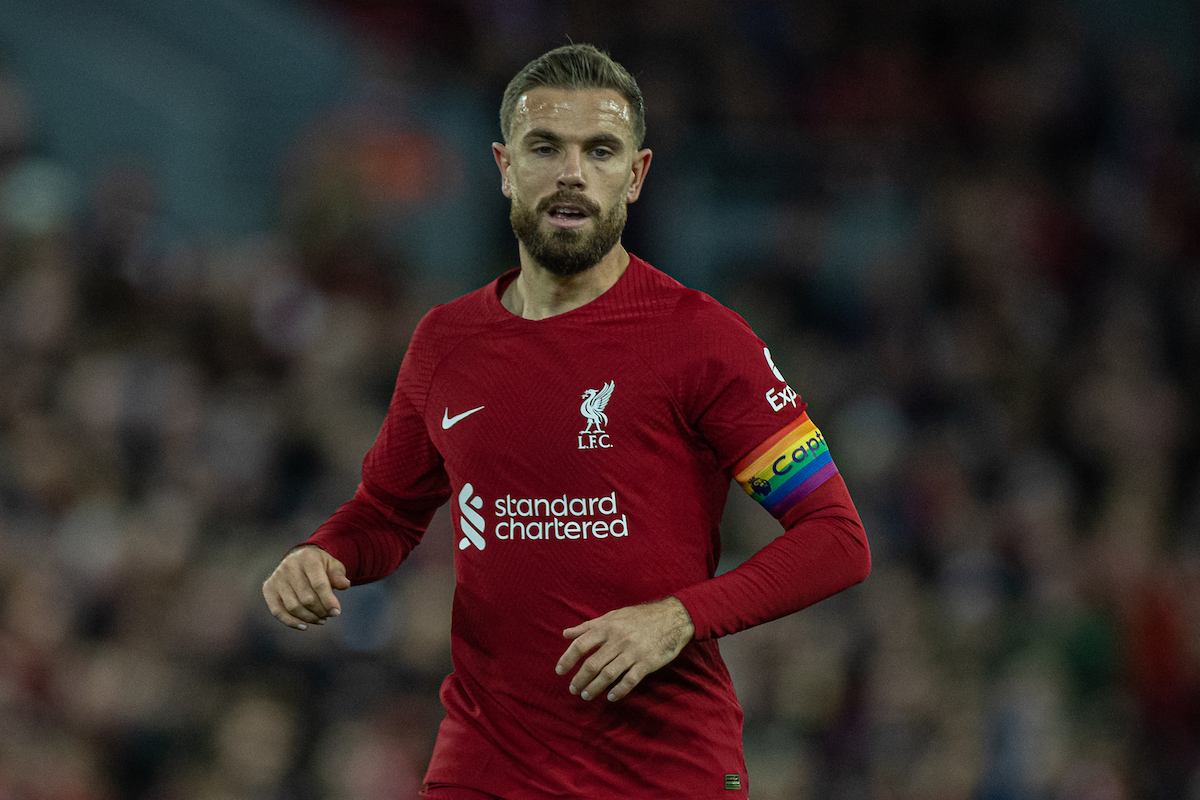 Well, we’re often accused of politicising events, of turning our back on the national team, of having a gargantuan chip on our shoulder, of complaining about everything. I wouldn’t have it any other way.

Football shouldn’t be an instrument for social change? Tell that to those paying over £30 for an away game. Tell that to those happy for paying £77 for an Anfield ticket before we stood up and walked out of the ground. Tell that to those given banning orders for the most innocuous of misdemeanours (my favourite being the lad who got three years for accidentally hitting a steward on the head with an inflatable shark during a goal celebration).

There has to be protest to make change. Silence gives nothing but compliance. It’s just difficult when those at the top of the tree are interested only in maintaining their own position there and swelling the coffers, regardless of whose bank account they’re paid from.

Hats off to Alex Scott too. More bravery on her left arm than with the whole of the FA. You either stand by what you say or you don’t speak at all. If you want to be on the side of the LGBTQ+ community then support it. So many fans would have more respect if they’d passed Pickford the armband and told him not to hold onto the ball for too long in the dying minutes.

Enjoy the football. I think it’s possible to do so. I hope our lads have a good few weeks. This is the pinnacle of their careers and, for people like Virgil van Dijk, it’s probably the last chance they’ll have so I respect them for not wanting to boycott it.

It’ll be nice to see a Red or ex-Red win the thing too. Always liked Joe Allen.

Silence gives compliance and the blazer crew at the FA are hiding again. If they rocked the boat of the monied, maybe they’d have the respect they think they have.

“This ‘keep politics out of sports’ crap. World Cups and Olympics are the time people from all over the world get to see everyone else… It’s the perfect opportunity to broaden people’s horizons and shine light in places where there is darkness… and the FA fudged it, again.” pic.twitter.com/A7IMn0KGb9