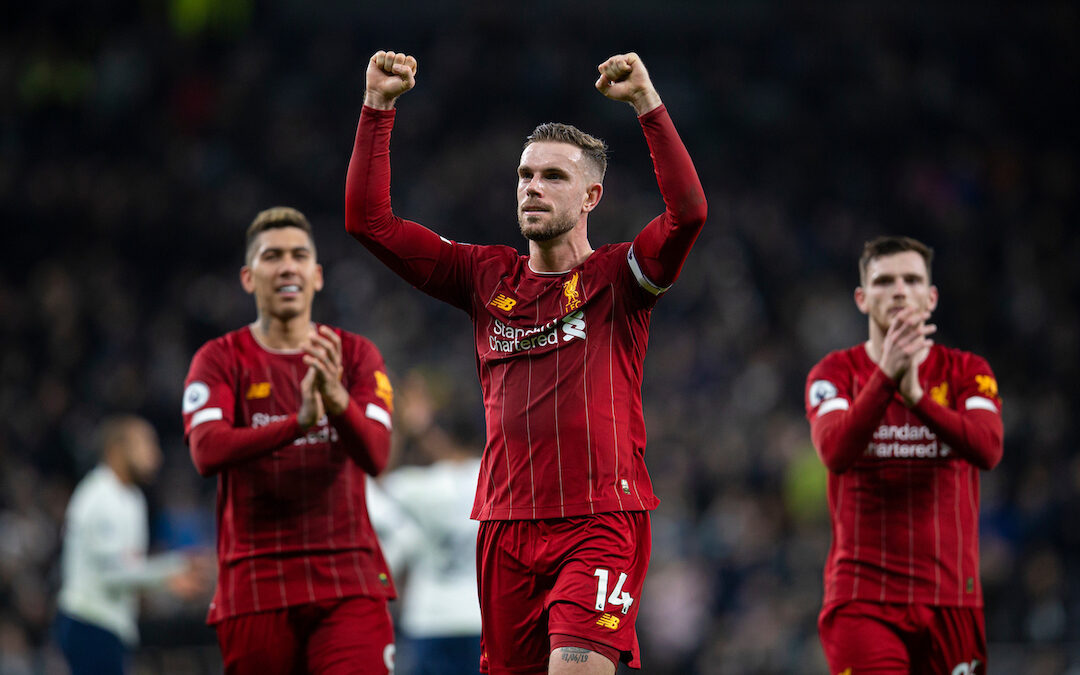 “WE see what we are capable of doing in specific ways – really big games, good games, stuff like this.

“But then it’s a lot of games and we have to always figure a little bit who can play again, it was never like, ‘Same lineup again, come on, let’s go from here.’ I don’t think we had that chance a lot of times. If you are not consistent then there is always a reason for it and very often it’s a reason with availability: who can you play, how often can they play, all these kinds of things.

“That’s one, not the only, but one of the reasons why we don’t have consistency.”

I love it when Jurgen Klopp goes all in on the nuance. It might be my favourite version of Klopp, just behind the version that gets the freedom of the city and uses it as a platform to further reinforce what an incredible human being he is.

I’m so glad Jurgen is our dad.

The problem is we tend to think he actually is our dad, and we tend to think these footballers with an average age of about 27 are our dads, and we mostly thought our dads were superheroes. These lads are human beings who happen to be very good at their jobs, but we — and the wider football landscape especially — ask the world of them.

They shouldn’t feel compelled to either speak out against social or political issues, nor should they be silenced for potentially having them. They have platforms, but that doesn’t mean they have to use them. They definitely shouldn’t be told how to use them by the organisations that are treating them like cattle and killing their dreams in the process.

Yet we still hang all our hopes on these lads, on this manager. We’ll do so again on Sunday, because we need them now more than ever unfortunately.

October’s player of the month Alisson Becker should be protected by Trent Alexander-Arnold, Ibrahima Konate, Virgil van Dijk and Andy Robertson, before all five are rotated against Derby.

They should be protected by recently recovered Jordan Henderson, Fabinho and Thiago Alcantara, with eyes on all of them getting a big, big rest in midweek — our father, 18-year-old Stefan Bajcetic, will be more than ready for that.

Those three should be protected by Mo Salah, Darwin Nunez and Curtis Jones, with the latter two being asked to go again on Wednesday.

We should all be protecting each other at this time. It’s a cold and dark world out there, not only because the clocks have gone back.

The hope of twatting Spurs will sustain us for now. We’ll have to worry about the rest later.