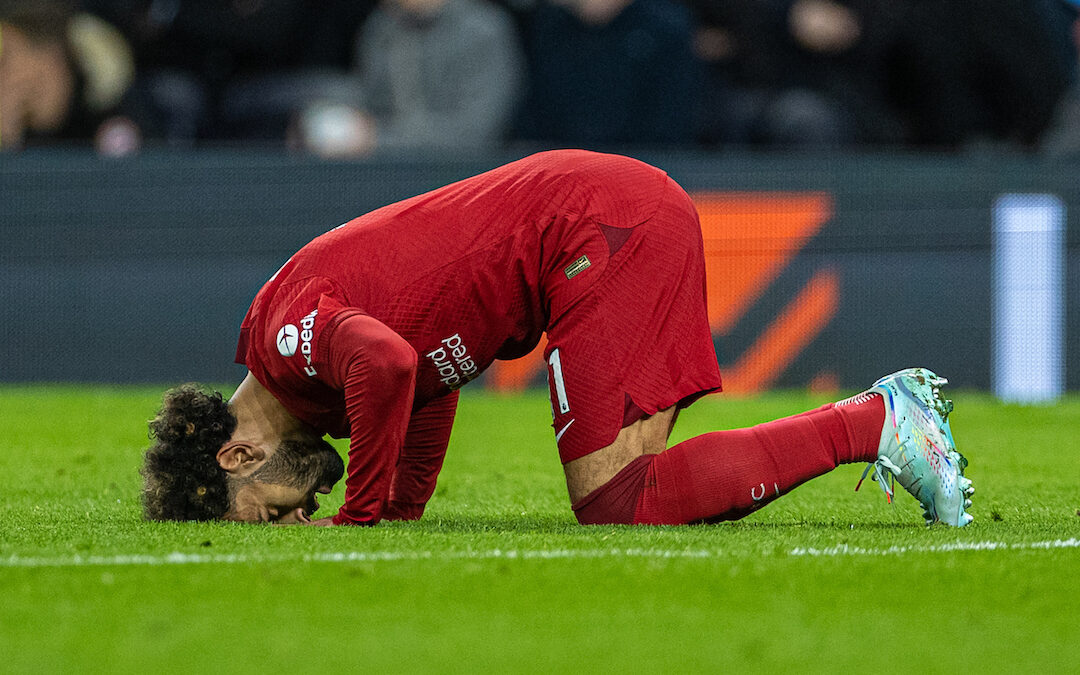 Saw them coming a mile off second half, but hopefully just about riding the storm reminds our lads how to show some resilience.

Can do nothing about the goal but comes to punch a few where he guesses a bit and they don’t look great.

Gets smashed by Doherty and gets nothing, which was off its head.

Looks so in his own head at the moment. Does some unbelievable stuff offensively, but just makes the wrong decision too often defensively.

Not helped by us consistently turning it over when he’s not meant to be a proper right back, to be fair.

Solid enough but did make a few ricks, and that marauding run wasn’t nearly as on this game as he thought.

Gives us such an out when he takes a man on. Needed to close crosses more, but can’t let that impact another great showing.

Much better protected now, but still doesn’t look quite himself. Needs a big sleep, the lad.

Lost the ball far too much tonight. Still showed bits of magic, but not one of his best games tonight.

Seeing disagreement over him, but I just love his endeavour and want to get us back on the front foot. Don’t think he’s as much of a passenger at the moment as…

Might be harsh but he just looks well off it and is losing the ball with frightening frequency. He makes the shape work, I get that, but he looks a passenger right now.

Absolutely imperious today. Loved how much he enjoyed the space he was getting.

Two goals behind Kenny Dalglish with less than half the minutes now. One of the all-time greats.

Glad he’s starting to convince the doubters, but felt his chaos brought slightly more issue than positive today. Capable of greatness and will be unreal for us, just needs to get a bit cuter in his decision making.

We were crying out for him to come and he did his job.

Wasn’t as convinced by him coming on, but he mostly does the job.

Was against him coming on and, if his job was to make Trent play more sensibly, he failed.