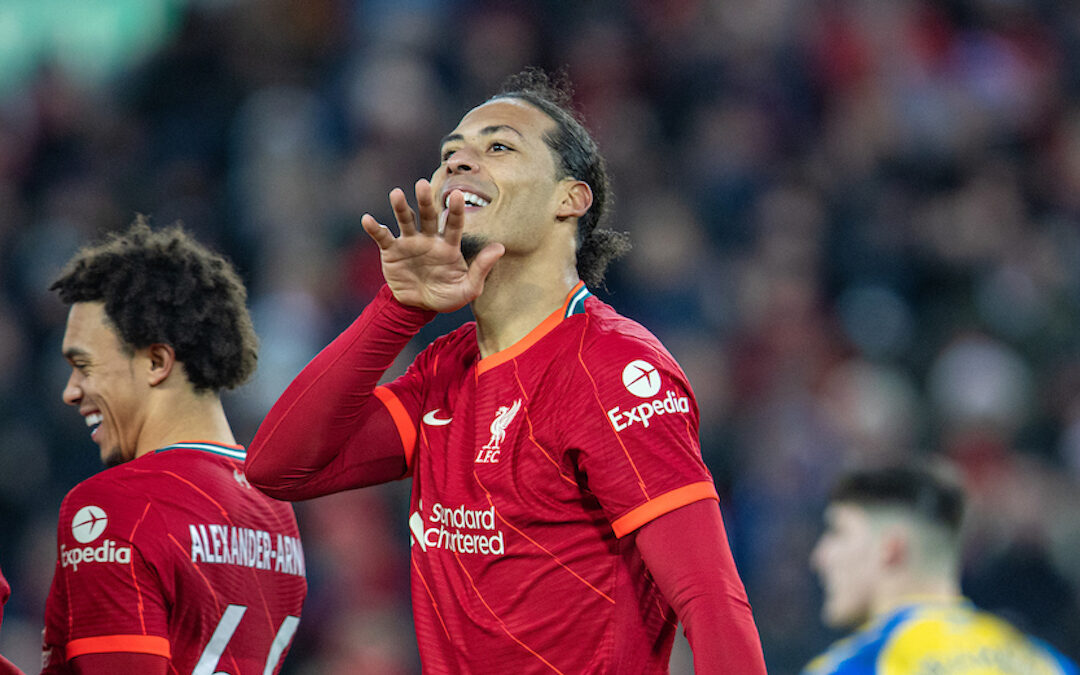 The Anfield Wrap’s match preview before Liverpool v Southampton in the Premier League at Anfield, before five weeks away from club football…

That’s what we face after this weekend — and it would’ve been six if it weren’t for those meddling kids and their big smiley boss.

It’s an unthinkable amount of time to be without it, at a time where Liverpool seasons have been built, as runs up to Christmas have launched a number of The Reds’ title charges in recent years.

Though it won’t quite be the same this year, the momentum of a win is important regardless. It is absolutely crucial that Jurgen Klopp’s team win on Saturday and that they win on Boxing Day against Aston Villa. It’s the best way they can lay down a marker this season, without being able to string a run together that sustains us through advent.

Southampton, though, are suddenly a different test altogether. The reports that they were going to stick it out until the break with Ralph Hassenhuttl were just as welcome as the news that they had changed their mind and sacked him just shy of the break were unwelcome.

Nathan Jones can now use this game as a chance to look at his new team without worrying about the result, but that is fraught with all kinds of banana skins and Sideshow Bob rakes from a Liverpool perspective.

The World Cup being so close may further add to the mental obstacles served up on Saturday. Of the back five we expect to start, Alisson Becker, Trent Alexander-Arnold and Ibrahima Konate have already been called up. Virgil van Dijk will certainly follow as the captain of the Netherlands. Andy Robertson of Scotland stands alone there.

In midfield, Jordan Henderson and Fabinho have too already been selected for England and Brazil. Thiago Alcantara has been mostly left out of Spain squads in recent times, but in his mind at least there will still be a chance until there isn’t.

Upfront, The Reds could in theory pick a three who will not be appearing for their national teams — in the shape of Mo Salah, Roberto Firmino and Curtis Jones. However, it’s more likely at this stage that we see Uruguay’s Darwin Nunez than the latter, given Jones was mysteriously left out of The Reds’ squad for Derby.

The bench will be much less stacked with international talent, and it may be that the manager has some premeditated subs in mind to try and keep his biggest stars happy and with December dreams intact. We’ve seen far too many killed elsewhere this past few weeks, as the reality of a winter World Cup continues to take its toll.

Klopp will have to hope he’s in such a privileged position. A young side got their jobs done on Wednesday night to give him the platform for one last big one before a big five weeks away. Three goals up by 60 and we can have a think about what comes before then. Anything less will have minds racing and legs tiring.

One last hurrah at Anfield, then. Lots is already decided, yet nothing is ever decided this early on.