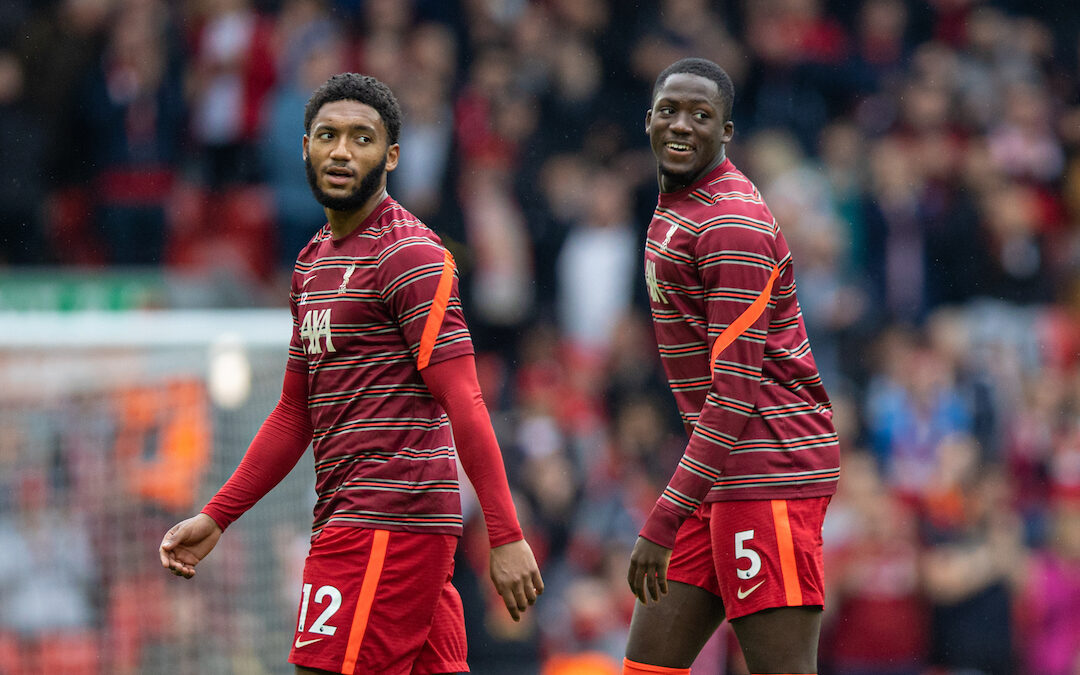 That seems to be the general consensus, whether it’s the manager saying we need a bit of luck or us fans saying these players need a rest.

As the injury issues start to rear their head once again, many will feel like it’s important that this team just about keeps their head above water before the season pauses for the World Cup.

So what is the water line? The manager has admitted we aren’t in a title race at this stage, while each poor result sees us fall further behind the in-form teams scrapping for top four. There, of course, remains three trophies to fight for and Champions League success would help everybody forget about whatever comes of the league.

It is generally true that the group stage of this competition feels like a break when things are going bad in the league, but when The Reds are this turgid it takes these games to a new level of importance. A win tonight, with another Ajax loss to Napoli, would put Liverpool in the driving seat for qualification to the last 16.

The manager will know the importance of this fixture from that perspective, but he’ll also know that the right kind of performance could still be the catalyst for this season. Though that still seems a far-fetched concept right now, a run of wins just needs to start with one.

So what sort of team will Jurgen Klopp look to select, with that in mind? His hand is forced slightly by three new injuries off the back of the Arsenal defeat. But, truth be told, it was arguably time for Joe Gomez and Ibrahima Konate to have a run in the side before chaos unfolded at The Emirates. They’ll finally get that chance tonight at right back and right centre back, respectively.

Andy Robertson is back in training but will surely be saved for a start against Manchester City at the weekend, though he may be introduced off the bench to get some minutes back into his legs.

Fabinho didn’t cover himself in glory when he came on against Arsenal, but he hasn’t started either of the last two so will surely be the move made for freshness tonight. I’d expect him to come in for Thiago Alcantara, with Harvey Elliott also returning to make it a three in midfield once again.

Though I’d have liked to see the manager stick with 4-2-4, Luis Diaz’s injury and the return of several midfield options will likely see him revert to the 4-3-3. Elliott is the option that makes the switch back feel not quite as stark, with Mo Salah, Darwin Nunez and Diogo Jota upfront.

In an ideal world, the tried and trusted system would see The Reds home tonight with change and allow them to make some changes to keep freshness for what is to come on Sunday.

It could be a week which makes or breaks Liverpool’s season. Just about every week feels that way, at the moment.

“If you’re Jurgen, you’re probably looking at his big players and saying ‘I wouldn’t mind a few of you stepping up’. There are big moments in these matches that seem to be bypassing these lads.”