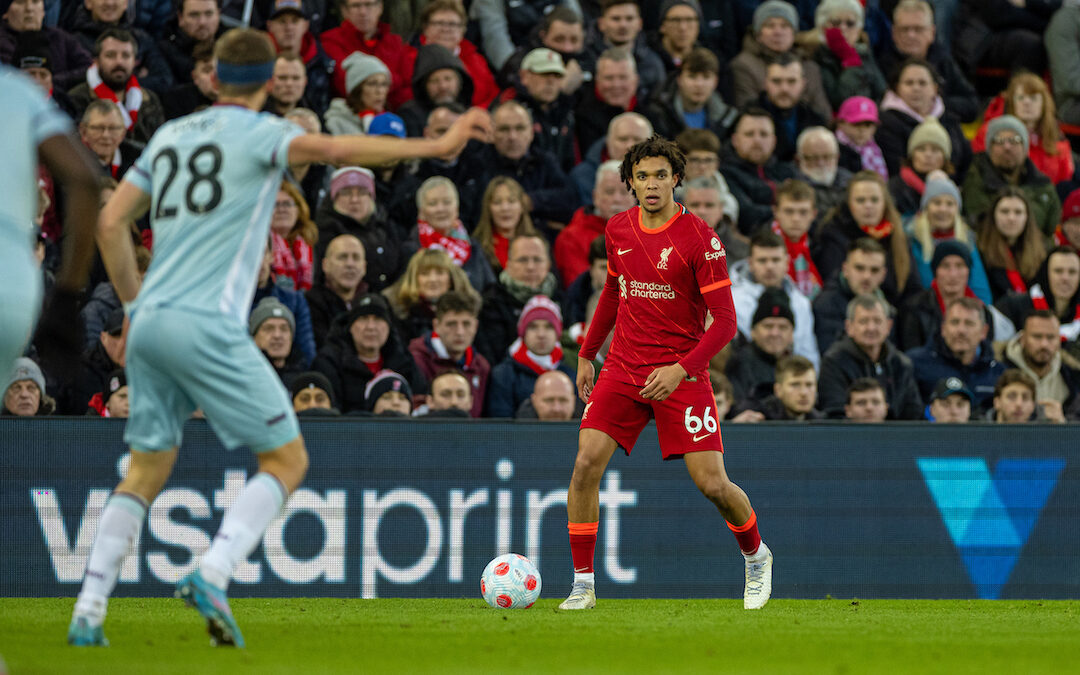 The Anfield Wrap’s match preview before Liverpool v West Ham United in the Premier League at Anfield, where a win would sustain momentum…

“FROM now on, they’re all finals,” said the manager yesterday. It sure felt like one at the weekend.

The discourse before the match centred around Manchester City’s dominance: How many will Erling Haaland score? Will Phil Foden run rings around James Milner? How many points above Liverpool will City be come the World Cup?

For the fans inside Anfield, their role was to use this dismissal of Liverpool’s chances to spark a fire. For the players, their role was to shut out external noise and prove that, on their day, they can beat the best and be the best. Both parties played their role to perfection.

Inside the ground, the atmosphere was both electric and rowdy in equal measure. The crowd celebrated every tackle, cheered every time a counter attack was dealt with, and sang Mo Salah’s name to pick him up when he missed a good chance.

Opportunities were missed, decisions went against them, City got in behind, but heads didn’t go down. This was a team full of confidence and belief that they could win despite being underdogs.

More importantly, this was a team that looked as if they were playing as a unit again. Too many times this season I’ve witnessed 11 individuals on the pitch with a reluctance to bail each other out, take responsibility, and pick up the pieces when things didn’t go to plan. 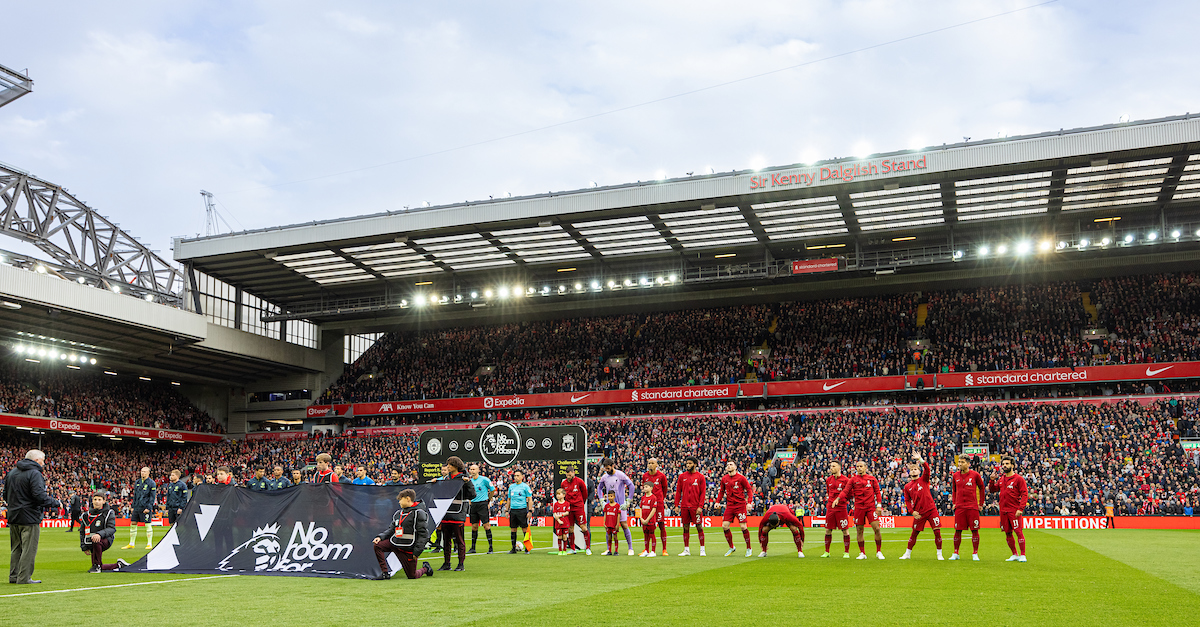 On Sunday, I saw a 36-year-old James Milner committing quite literally his whole body into tackles. I saw Harvey Elliott tracking back fast on the occasions Milner wasn’t there. I saw Virgil van Dijk and Joe Gomez working together to nail their positional awareness — 27 out of 27 clearances in the box speaks for itself.

It was a huge performance, but the task is to build consistency. As the manager made clear yesterday, when you start the season slow, you can’t afford to slip up on your way back.

We come up against a team that has struggled at the start of the season in comparison to their impressive run last year. David Moyes’ record as a manager at Anfield is not one to boast about, but we know what to expect from his sides. West Ham will be organised, be fast in transition, and look to catch Liverpool on the counter.

Their star summer signing Gianluca Scamacca has begun to find his feet, and a similarly solid defensive performance will be necessary as Liverpool look to nullify attacking threats. With Ibrahima Konate close but not back in group training and Joel Matip still out, Van Dijk and Gomez will line up ahead of Alisson Becker.

In a rare bit of positive injury news, Trent Alexander-Arnold cut his injury time in half as he made a return to the pitch on Sunday. I expect him to slot back in at full back alongside Andy Robertson.

The news that Diogo Jota is out until after the World Cup is heartbreaking for the player and the team. From a Liverpool perspective, it will be interesting to see whether Klopp sticks with playing four attacking players and the knock-on effect this has on the midfield. 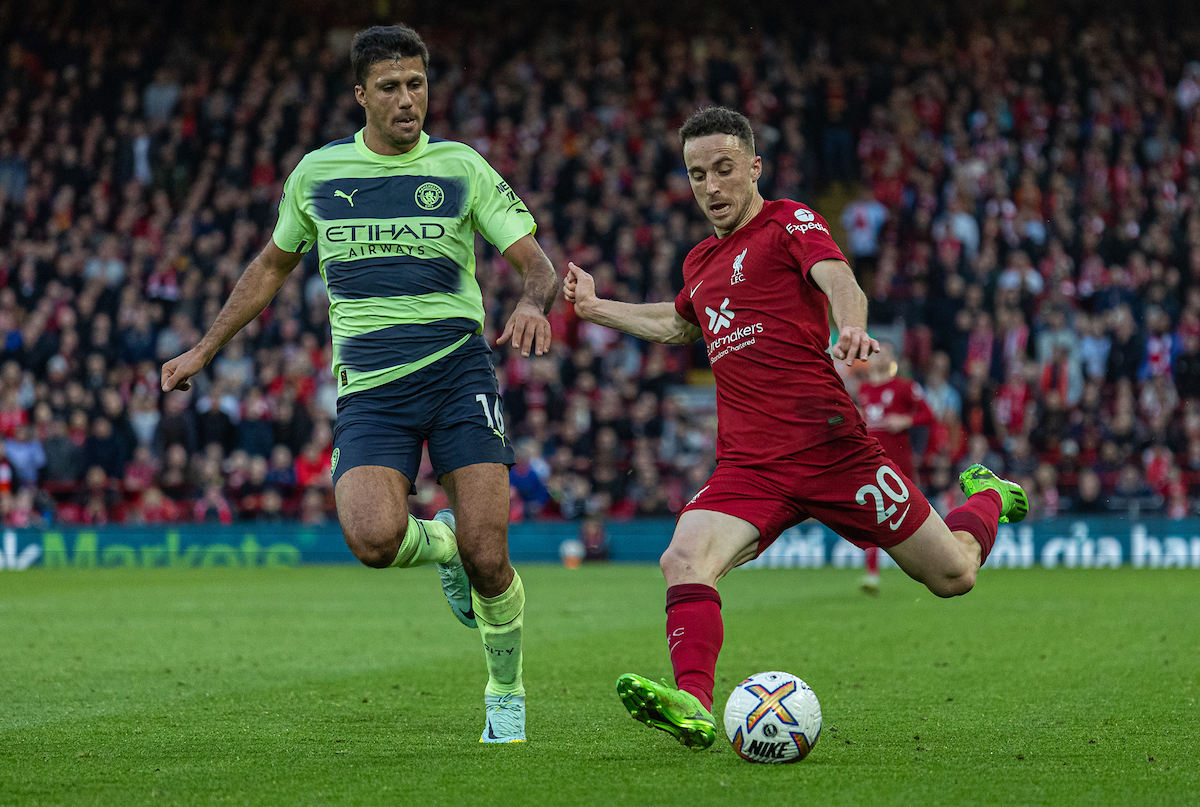 Despite the availability of attackers dwindling, I’d like to see us stick with it and play two in the middle of the park. The captain was given a rest on Sunday, so I expect him to come back into the starting 11 alongside Thiago Alcantara.

The flow on the right-hand side of attack was a key takeaway from the weekend, with Harvey Elliott allowing Salah to drift more centrally and be a constant goal threat. I’d start the two of them again, with Roberto Firmino dropping in behind.

Fabio Carvalho continues to show flashes of brilliance, and with Jota out he will have a chance to prove himself with a run of games.

Five Premier League games before the World Cup, 15 points up for grabs. This team is good enough to go on a run and put themselves in the best position possible come November 13th.

Every game is a final, and it starts tomorrow.