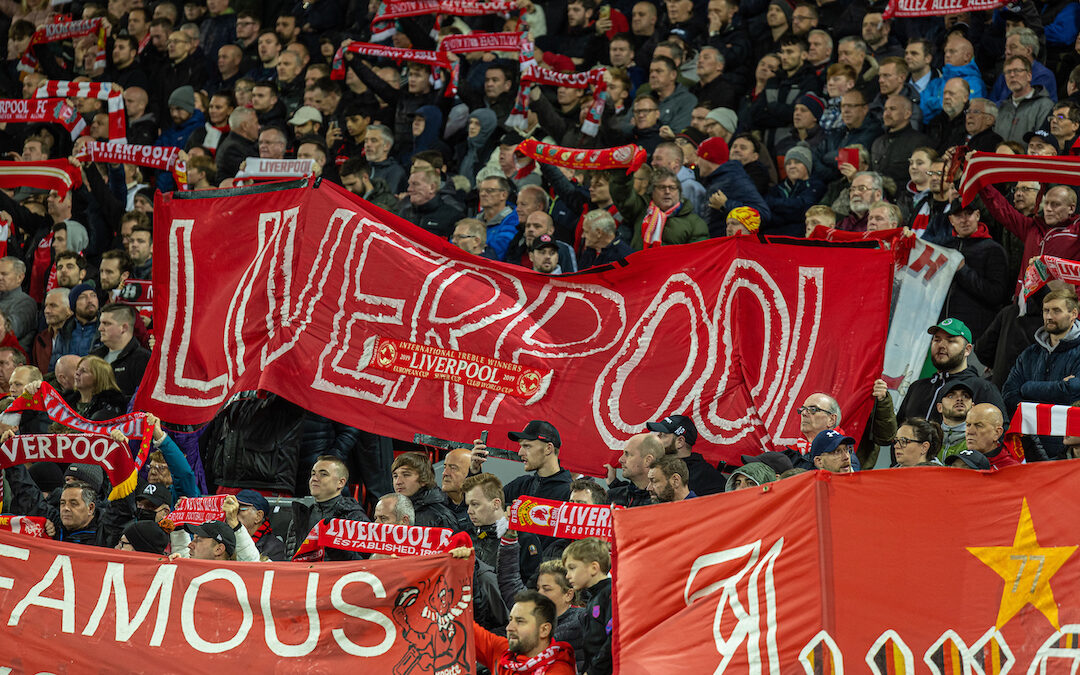 As wider issues continue to rear their heads in ugly ways around the football, it’s important Liverpool don’t get lost along the way…

WITH good reason, you might be asking yourself “how” at the minute.

“How can other supporters and clubs try to justify singing about the death of others at a football game?”

“How has Jurgen Klopp somehow been portrayed as an instigator here?”

“How can Eddie Howe claim any kind of moral standpoint on anything in his life?”

“How can Gary Neville go to the World Cup?”

“How can anyone in their right mind get behind the Conservative Party ever again?”

I’m tired, in truth a little scared and anxious. These are dark times in every sense. There is war on grounds we’ve walked and danced and had hope in. There’s propaganda unlike anything we’ve seen before. There’s a projection of a lettuce in a wig shining on Westminster which leaves this all feeling unnervingly like Black Mirror.

I’m tired. The truth is that I pine to be a younger man; unpolitical, uncommitted, and truthfully blissful in my ignorance again.

My football education was different. I knew the context of Liverpool’s history from the moment I could form thought. I was wary of minutes’ silences for Hillsborough at games involving others without any prompt or influence.

But football is an escape and Liverpool is a collective which offers belonging and value. The mirrors of society’s worst traits; inhumanity, poverty mocking and financial greed have all been present – but you learn to sacrifice for the sake of your own sanity. Your favourite leisure activity.

This week has been one of the hardest tests of sacrifice. I often reflect on how we’re not all the same. We have no idea about 99 per cent of the people entering the turnstiles with us. We can do nothing when a member of a disgraceful Tory government tweets #YNWA after Sunday’s win over Manchester City.

We’re not saints, people can find hypocritical Liverpool agenda in every corner of the internet which often includes the actions of one individual. We shouldn’t attack team buses if that’s what happened. I’d argue we shouldn’t sing about anyone’s mother, but that’s just me.

But the collective abuse towards Liverpool has increased, arguably with on-pitch success under Klopp. They are the biggest kill in town and if you can’t beat them on the pitch, provoke them by any means off it seems like the mantra across the country.

As bewildering as it is to see a club in your own city sing “always the victims”, or supporters from all some of the most poverty-stricken parts of the country sing and point about just that to us, you hoped it’d get better, not worse.

It’s now worse than it’s ever been.

Football may now hold the biggest mirror to society of our time. Organisations smearing the opposition by any means to deflect and increase partisanship. If anyone outside a Liverpool persuasion reads this it’ll probably further incense, “oh look at them going on again”, a whole vicious cycle.

The truth is I’ve given up on them the same way I’m losing hope with a proportion of society coming out in favour of reinstalling a lying, deceiving and immoral prime minister this morning.

Many of us have people in our lives who support other clubs. We’ve all met people on holiday who are generally sound Manchester United and City fans. But we have to take the action of those chants as a collective and ask, once again, “how?”

If clubs start to excuse this behaviour, or worse deflect and bounce it back, then all common decency completely evaporates and this becomes as toxic as the current political landscape in our country and beyond. Your football and politics will be mixed whether you like it or not.

I’m tired, we’re all tired. But Liverpool somehow still shows restraint despite being met with God awful abuse in retaliation for asking where a European Cup is. Or for having the front to create a mural of artwork around its own stadium for people to enjoy.

If we lose that restraint, if we ever fall into that tide we completely lose ourselves. For ourselves and those before us, we simply must stay true to who we are.

It’s one of the few remaining reflections of decency and boundary in a society which feels increasingly lost.