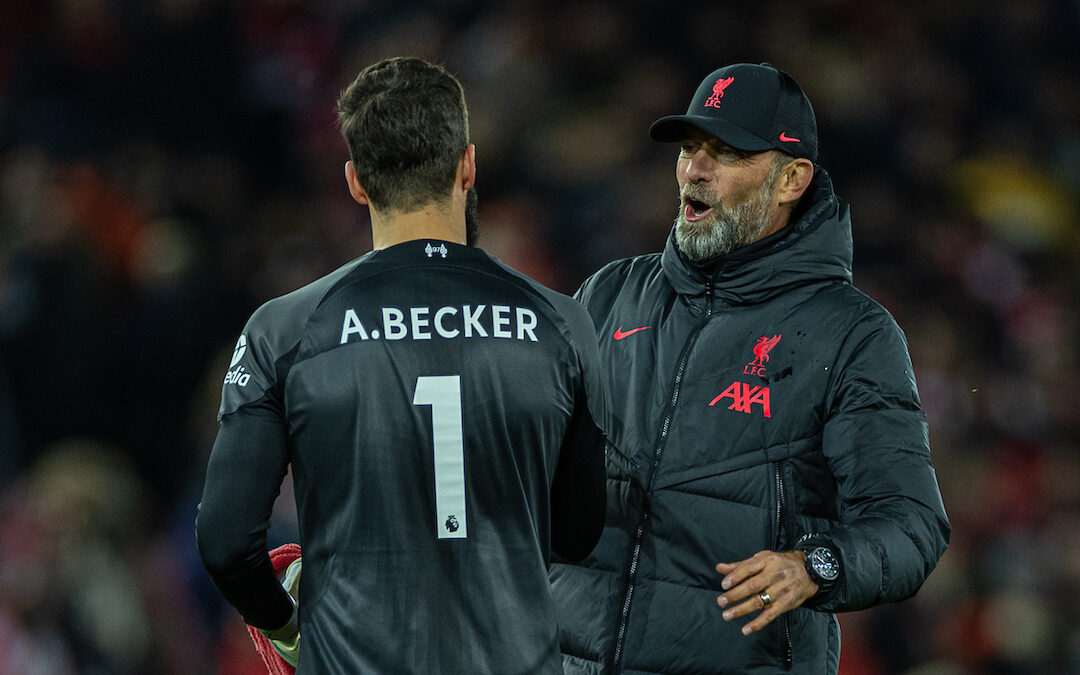 In the run up to this one, I felt 1-0 was the likeliest outcome. Just not quite like that.

For the first 40 minutes, Liverpool found chances far easier to come by than I anticipated. Time and again they could score and they get into the West Ham United box with relative ease.

In that period the game, our lives, the moon and all that is righteous and holy revolved around Darwin Nunez. Nothing could keep him out of the action. He isn’t always good but he is always always.

He is compelling, like a found footage horror film or like an album by The Fall. It isn’t always good but it is constantly something and when it is good it evokes spots on your retina, it is shock and awe. He’s The Rock. The most electrifying man in sports entertainment history.

It bodes so well. He’s a remarkable footballer already in that he is constantly one to remark on. He’s a tiny improvement away from being virtually unplayable. Sides will need a Darwin Nunez plan soon and I would hate to have to be the boffin working on that one.

The goal is an excellent header from an excellent cross and it proves to be the winner despite his and Mo Salah’s best efforts.

Because, while on 40 minutes Liverpool have had hard lines not to be 2-0 up, by the time the half-time whistle goes they should be pegged back. The penalty is a David Unsworth penalty — just bloody stupid, but that doesn’t mean it shouldn’t count.

But the save. Jarrod Bowen’s penalty isn’t a bad one. It isn’t great, don’t get me wrong, but it isn’t dreadful. The save is exceptional and another reminder that the goalkeeper is also box office. Matinee idol rather than Dwayne Johnson.

It was Roberto Firmino, Thiago Alcantara and especially Jordan Henderson, who had Liverpool playing at such a tempo first half as to leave West Ham all over the show. They spun and turned and found the ball through the lines time and again.

The second half sees West Ham United begin to find space. Declan Rice becomes increasingly influential and it takes the substitution of James Milner and Andy Robertson to change that. The risk of only having two midfielders is working out who, how and when to engage.

Liverpool moved the ball very quickly first half but it slowed second. Whether West Ham worked out how to cut the lines or whether they were slightly taken aback by the penalty, it meant the win would have to be attritional.

For that there was Virgil van Dijk. He backed up his performance against Manchester City with this, which was spectacular in its gear shifts between silk and grit. When there was time to show class he showed it. When it was required to show defiance he showed that. Most of all he showed aggression in all the footballing ways.

Liverpool see it out in the end and deserve it on the balance and they should feel good about that. There would be something special about taking nine points from the three league games Sunday to Saturday. It would be the essence of a base to build on.

It remains baby steps. It remains different. It remains imperfect. But that is often football, to be honest. It, however, remains vital in all the senses. Liverpool made your heart pound again on this Wednesday night and that will more than do.

Another baby step forward. Another crazy win. An utterly predictable 1-0, dressed in a top hat, three kids in a trenchcoat knowing the secret password.

“It felt unnecessarily nervy towards the end. We took what we had and got out alive. Now let’s go again Saturday and win again.”