Why Hillsborough Chants Must Be Punished Now 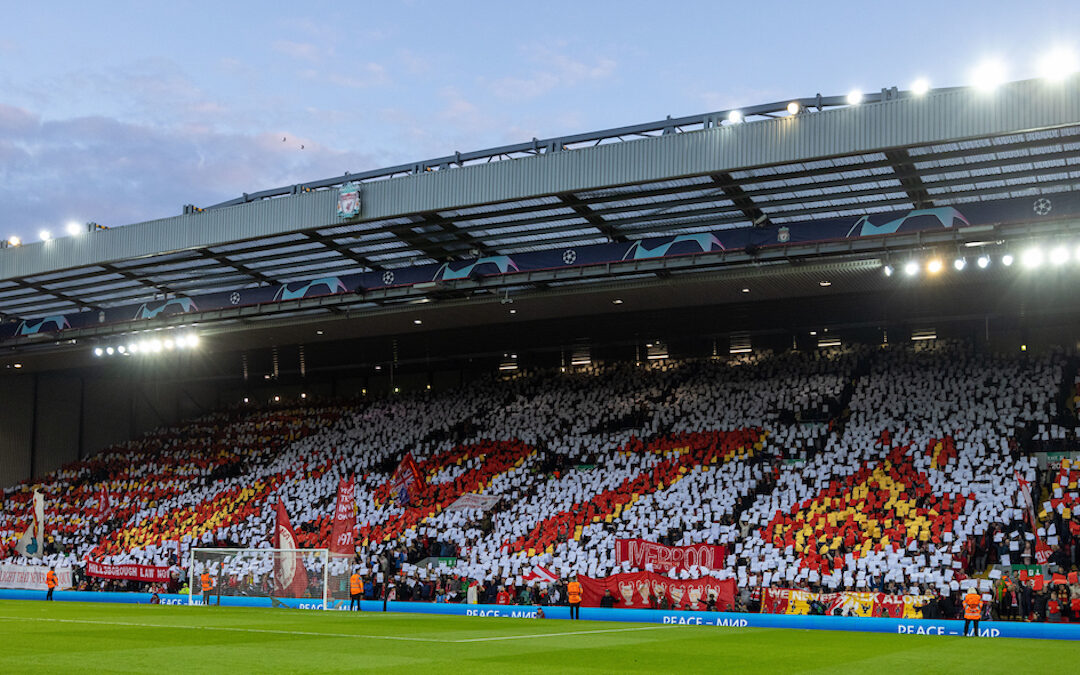 Liverpool fans were reminded of the damage done by Hillsborough all too recently, the chants that form further reminders need to be punished…

“If it’s happened, I’m so sorry – it doesn’t represent what we are as a team and a club. But don’t worry, we can behave perfectly [from] our mistakes. Not a problem.” – Pep Guardiola.

It’s strange how we’re often told that we deny our own mistakes and horrors. Offended by everything, but guilty for nothing. ‘What about the 39?’, the Bucharest flag, Paris, ‘why is it always you?’ – that sort of thing. Yet, a man who was marching up and down the touchline cannot be sure of what he heard from just 60 metres away.

I sit close enough to the away section to be able to witness every hand gesture and hear every song word perfect, yet there seems to be a problem for Pep and his staff. Strange.

I don’t know. Maybe he’s too deep in concentration to pick up the words from his devoted followers. After all, Javier Mascherano had long left Anfield before he realised that his song was about him. The song had just two words. Javier and Mascherano.

So, I’m not here to fan the flames of this Manchester City rivalry thing. He at least is at work and only interested in his team and its shape. It’s different from the commentary box.

I didn’t go to the City Ground on Saturday. I went last season and that was enough for me.

As we left the ground that night, I witnessed one Red, wearing a Kenny Dalglish/Candy coat, being jostled and threatened by some of their fans. He gave as good as he got, verbally at least, but his two young daughters, both under 10, were petrified.

To their credit, some Nottingham Forest fans told the others to back off but to little use. The police did nothing either, so some of us formed a sort of phalanx around him until he was out of their reach. I vowed to give the City Ground a miss after that. Well, that and the songs.

It was no surprise that those same songs made a fresh appearance again at the weekend, and no doubt will again next year if they stay up. It’s commonplace now. Sadly, what is also commonplace is the absolute silence from the commentary team and pundits.

I’m not sure why one of them can’t just say: ‘Some awful songs coming from the home end.’ Just that one line would be a start. But, no. Nothing.

This is not banter. This is not light-hearted badinage between fans. Three people who were at both Hillsborough and Saint Denis have died by suicide since May 28. Only last year I wrote about an old man at Elland Road bellowing with tears in his eyes when their fans sang the ‘victim’ song. He’d clearly been there and hadn’t fully recovered from it.

Neil Atkinson wrote last week about how these fans are not just animals. They’re just people like you and I, who go to support their teams. They’re not crass enough to go to funerals, sing horrific songs at the congregation and tell them that they’re responsible for the death. Yet, they’re happy to do just that at a football match. That’s because it hasn’t been called out and is now normalised.

When City fans sang it last week, many people around me stood up and shouted back. They were told to sit down by the stewards.

But to have it ignored. To be swept under the carpet while being told about Forest’s wonderful support? Come on, eh?

There can be a handful of reasons for this. Either they don’t want to lower their hand into the darker recesses of the game lest it spoil their ‘product,’ or they’ve been briefed to ignore it or, more likely, that they simply don’t care.

One prominent presenter told the watching millions that ‘I thought those days were over’ when the Paris issue began to break. All he had to do was say ‘actually, I got that wrong, sorry’. Four months later (and many messages on his social media accounts) and he’s not said a word. He knows the issue — they all do — and nothing.

The club called it out last week after the City game. I can’t remember them doing that before so this is a start, but the more you tell idiots not to do something the more likely they are to carry on to seem hard or edgy, rather than a bit thick.

The club can’t do much about dickhead singing. Nor can they do something about the selective hearing of the media. It’s almost funny, really. They can’t hear the songs around the ground but try being nasty about their national anthem and see if they got that. Yep. Crystal clear.

I heard a good idea at the weekend. The players should fulfil their remit re: post-match interviews but only give one-word answers in protest. Maybe even do that and add a message about the songs. For example:

‘So, Fab. Ever heard of trying to get the ball back once you’ve lost it?’

‘Yes. The songs from their end were a disgrace.’

And there it is. It’s been called out. Course, it’ll never happen as the brand always comes first.

The next step would be reducing away allocations at Anfield for persistent offenders. That’ll affect their bottom line and maybe something will get done. If they can do it for persistent standing then it should be simple enough to enforce here.

And again, this has nothing to do with people being horrible about us. We can take the brickbats, but this is more than that. This is a mental health issue for many around the ground. I’ll never forget that old lad at Leeds as long as I live. He was angry, sure, but he was also confused as to why anyone would want to sing about that day.

But something has to be done because people will start to take matters into their own hands, such as with the West Ham fan at the Sandon garage last week. If no one stands up for you, you tend to stand up for yourself.

And then the cycle goes on. We have to put a stop to that and the huge media corporations are going to have to highlight it during the game. Those songs have a direct impact on the mood of the ground and it’s their responsibility to tell the viewer what’s going on around the pitch. Enough is enough. If they can make a fortune from the game, they can at least report it honestly and fairly.

It’s Leeds next. A strongly worded press release will certainly stop them in their tracks. Sure. Course it will.

Direct action only now or this is going to go down a very, very sad road.