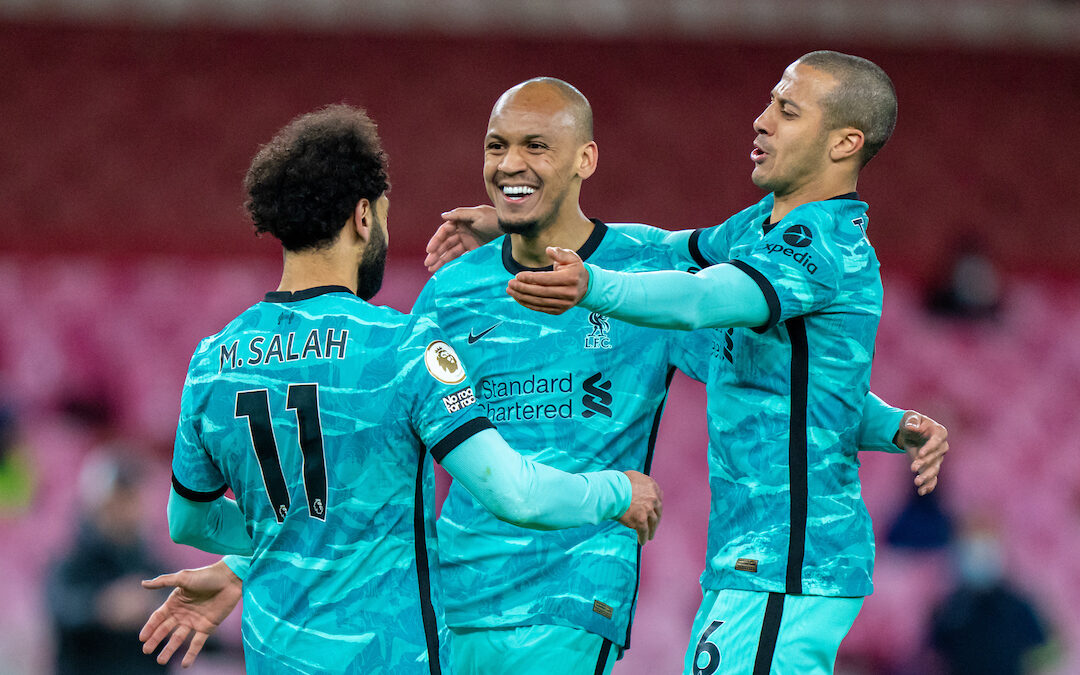 “YOU have to commit to a common plan and that only works if everybody feels the same.”

“That might have been a little bit the problem, we were not all in the same place in that moment or all in the same confidence levels for doing these kinds of things because we all had different solutions for the same problem.”

Jurgen Klopp has referenced a few times in the past few weeks about individuals taking it upon themselves to try and ‘fix’ Liverpool’s form. This was clearly evident in each goal Brighton & Hove Albion scored last week, one or two players trying to just do that bit extra to steal the ball which made the opposition’s attempts to cut through easier.

The Reds have always operated at their best when every part of their system is operating like a well-oiled machine, which involves each player sticking to the role and instructions given to them by the coaching staff.

That of course causes problems of its own. Liverpool supporters spent years bemoaning the fact that the Gini Wijnaldum they saw playing for the Netherlands looked nothing like the one we had. It was clear that he was being asked to do a different job by two different setups, but it didn’t stop many among us pining for the one we didn’t have.

I’ve long thought that when Klopp refers to the team, he includes the fans as being a part of that — or at least being a very close contributing factor. Therefore, when the manager is speaking of “committing to a common plan” we are all a part of that.

It was evident sitting in the stands during the Brighton game that this wasn’t the case, and it felt like we got back to it more during the Rangers game. Under-fire players were better supported, mistakes weren’t groaned about and swift reassurance or acknowledgement of the effort were made. We were much closer to being on the same page as them again.

The best way out of any slump will always be a united front. That’s on the players, of course, to listen and stick to their roles, but it’s also on us to be a more supportive crowd to help them get there.

An away crowd travelling down to the Emirates does fill me with confidence, in that sense. In fact, Jurgen’s words today in general filled me with confidence. This club has always been good at fighting its way out of a corner, and that should be the mindset heading down south.

With all that being said, it would be good to see the manager reward the system that got us back on the same page — not back on track, because as Jurgen said today, that requires consistency over several games.

I’d be tempted to reward many of the same players too, save for the reintroduction of Fabinho into midfield. The Brazilian came off the bench on Tuesday and featured on the left-hand side of the midfield two, but I suspect that it will be Jordan Henderson that drops out to start on Sunday.

Thiago Alcantara’s creativity will be crucial to help unlock the front four, who can all be expected to play a huge role in whatever Liverpool can take from Arsenal — especially Darwin Nunez, who was so disruptive against Rangers without quite finding that finishing touch.

The Uruguayan will benefit from finally being able to get on the same page as his counterparts. They’d all benefit from committing to a common plan, but that requires us to buy into that too.

I’m firmly back on board after hearing Jurgen speak today. If you’re not, I’d recommend you hear and heed his words.