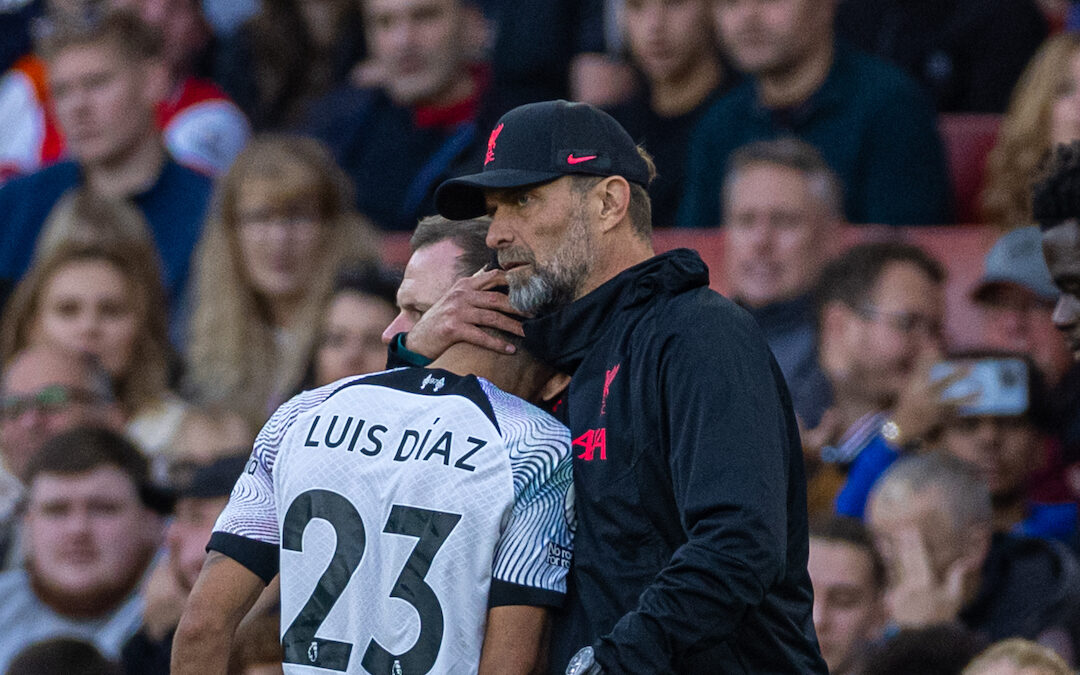 WE are the stupidest football team I have ever seen. Certainly as a ratio compared to overall level.

Normally stupid teams grow and hit a wall of stupidity. This Liverpool though has managed to hit a level of football intelligence in 2019-20 that got them to P29 W27 D1 L1. They weren’t playing football from the gods. They just got everything right over and over and over again.

Today Liverpool offer the most encouragement you could ever offer to the side who has built themselves on feeling good. They offer them the opener in seconds. They then outplay them, the clever clever clogs. They then act like the biggest dopes you have ever seen in your whole life.

That this article isn’t entirely about the 90 seconds before half time is an act of restraint. Because let me tell you Liverpool are such a set of doombrains it kills me.

We had been the better side. We had 1-1. We had the ball. We had all the options. We had control and we burnt it in a pyre. Not a fire, a pyre. We sent a message to everyone who ever plays a game against us that we can’t look at our own foot without putting a bullet through it. We sacrificed ourselves, our sense of self. It was ruination. Ruination Day.

We had 1-1. We had the ball. We had all the options. We had control and we burnt it in a pyre. We had clawed ourselves back into it and we deserved to send an Arsenal side, whose confidence we had eroded, into a very difficult half time.

We had 1-1. We had the ball. Possession is everything and second half suddenly we couldn’t get it. Arsenal had got to bounce into their dressing room and came out bouncing with confidence. They came out when they had been second best convinced they were the cat’s pajamas and guess what? They were.

Liverpool Football Club — offering encouragement to everyone they see.

We had 1-1. There was a time where that was enough because there was always about to be more. There was a time of being settled in our own skin. You know what, I am a fucking nightmare because I am never at peace. Emma in work wants me to meditate and I just don’t have it in my back pocket. I am just never quite at peace and I am jealous of those who are. Even more so in moments of great stress. I mean, I do enjoy those moments but that isn’t the same thing as finding peace.

Liverpool have and offer no peace. They used to offer loads but not now. Just not now.

The second half is dreadful but the best passage of play of the whole match results in Roberto Firmino’s equaliser. Liverpool take this and make it less. But Arsenal never quite dominate either.

However, the goal they get comes from 60 seconds of madness in and around the Liverpool box. Ibrahima Konate, Fabinho and, crucially, Thiago Alcantara all demonstrate an inability to clear the ball.

To concede the first and second when they do. Wow. But the nature of the third is the sort of thing that you never forget. It is extravagantly dreadful. I am OK with being pulled apart by quality. I am never ok with self-immolation. That is what Liverpool do with brio.

It is a staggering passage of play and I hate myself for it, hate you for it and hate all of them for it. I will be up nights.

Every sub makes us worse which is quite something. Who or what do they become? I’d pay good money not to ever see Henderson right mid in a 4-4-2 for the rest of my life which is something I have in common with Jordan himself.

Basically the truth is this — you can’t cover less ground, show less aggression and be stupider than everyone you play. The theory of experience is that you don’t act like balloonheads.

We once had a chat on a TAW show. I said I’d rather be called a prick, a bellend, a cunt than a balloon. Never call me a fucking balloon.

Liverpool are balloons. Fucking balloons. There is nothing worse.

“We fine ourselves 2-1 down purely out of stupidity. We dug ourselves a hole that we couldn’t get out of…”