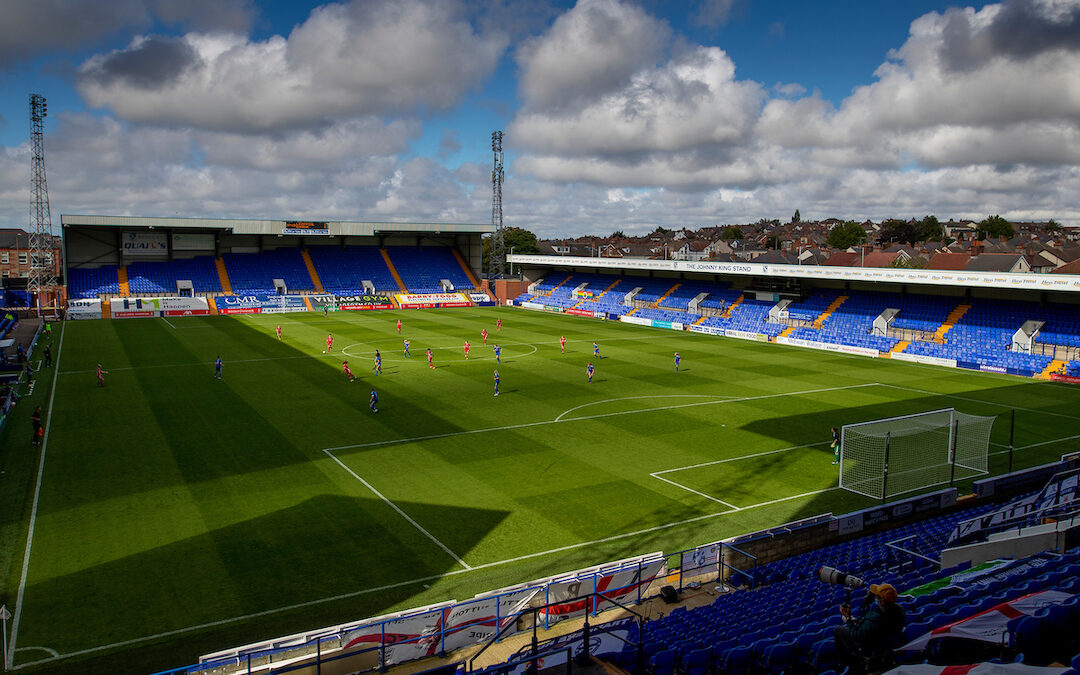 LIVERPOOL Women. Back where they belong at last.

From questions over investment and Vicky Jepson’s dismissal to a rebuild and resurgence under Matt Beard, it has been a long road back and a journey not without its challenges.

However, as Liverpool gear up for their WSL season opener this weekend after two seasons away, there is optimism aplenty.

Last season felt like a major turning point. Piece by piece, Matt Beard galvanised the team and its supporters, not only achieving what they set out to do in winning the title, but doing so with a frankly ridiculous level of dominance and consistency.

A notoriously competitive league ultimately navigated with relative ease, Liverpool are a team enjoying their football again, and they themselves are a team to be enjoyed. It is a team full of life and quality, one with multiple strings to its bow that refuses to simply lie down. The best Liverpool Women’s team we’ve seen since 2018-19.

The job the manager has done since arriving has been remarkable and he has got them to a point where the squad feels far better prepared for the top flight, with more tactical flexibility and sense of direction than the team of two years ago.

It will be a completely different challenge to last season altogether and that the first game is at home to reigning champions Chelsea underlines the step up in quality, but it’s a challenge Matt Beard’s side will no doubt relish and an opportunity to test themselves against the very best. 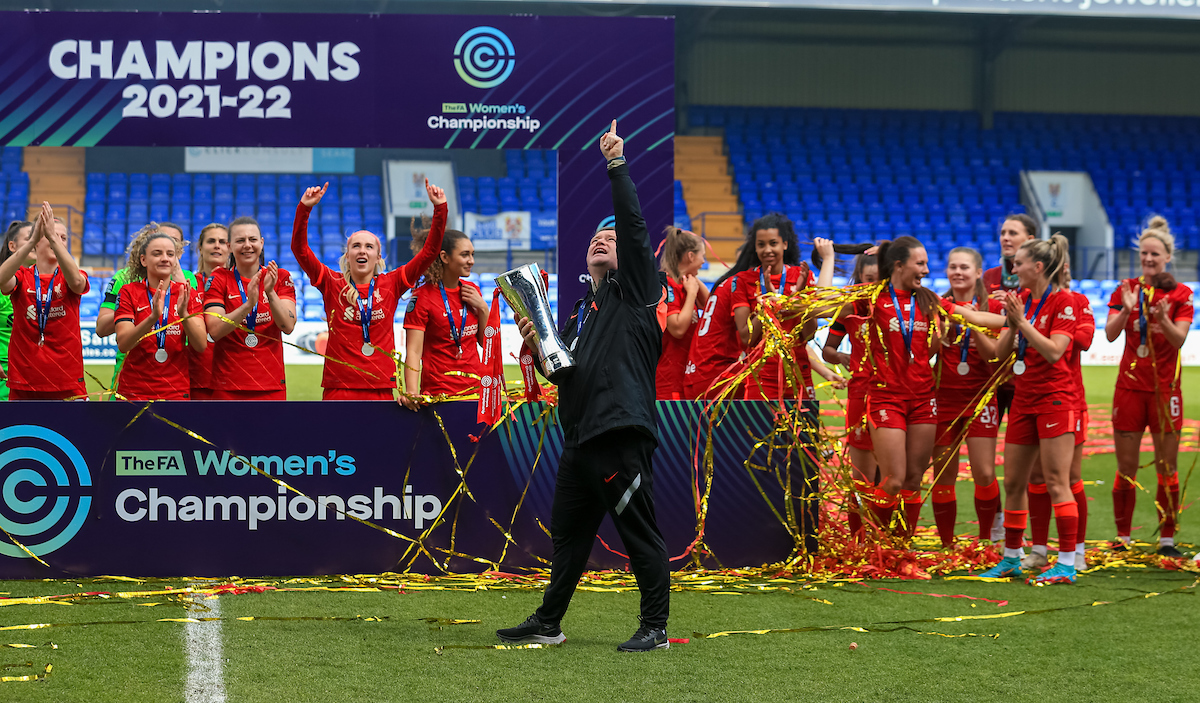 The primary goal is survival, but what Matt Beard is building at Liverpool feels special and he will know his side are capable of more.

They have held their own against WSL opposition in the cup competitions in the past and have enjoyed a strong pre-season this time round, with 1-0 and 5-0 wins over Aston Villa and West Ham respectively alongside an impressive 1-1 draw with Manchester City last month.

In Leanne Kiernan they have a striker who can cause real problems. She was Liverpool’s player of the season last term, narrowly missing out on the golden boot with 13 goals to fuel the title charge and her goals will be key again.

A versatile player capable of playing out wide or through the middle, the Republic of Ireland international is the crucial runner in behind, capable of stretching any defence while showcasing ruthlessness in front of goal. She knows when to make a pass and when to hold onto it or drive, and will have a point to prove of her own following a previous spell in the division with West Ham.

Add to that the marked improvement in the team’s defensive record having gone two months without conceding a goal in 2021-22, alongside the emergence of dynamic duo Taylor Hinds and Meg Campbell at wing back, and there is every reason to believe Liverpool belong in this league.

Unlike years gone by, the core of the squad has been retained and that key players in Leanne Kiernan, Niamh Fahey, Leighanne Robe, Megan Campbell, Rachael Laws, Melissa Lawley and Missy Bo Kearns have all been given new contracts emphasises the progress that’s been made.

To date, Matt Beard’s recruitment strategy has been spot on and this summer has been no different, with quality additions in key areas making for a hugely exciting summer.

Gilly Flaherty, captain during her tenure at West Ham, represents a shrewd piece of business and will bring vast WSL experience to the defence, while Eartha Cummings is a promising understudy to Rachel Laws and Brighton’s Emma Koivisto and the returning Charlotte Wardlaw provide strong competition at full back. 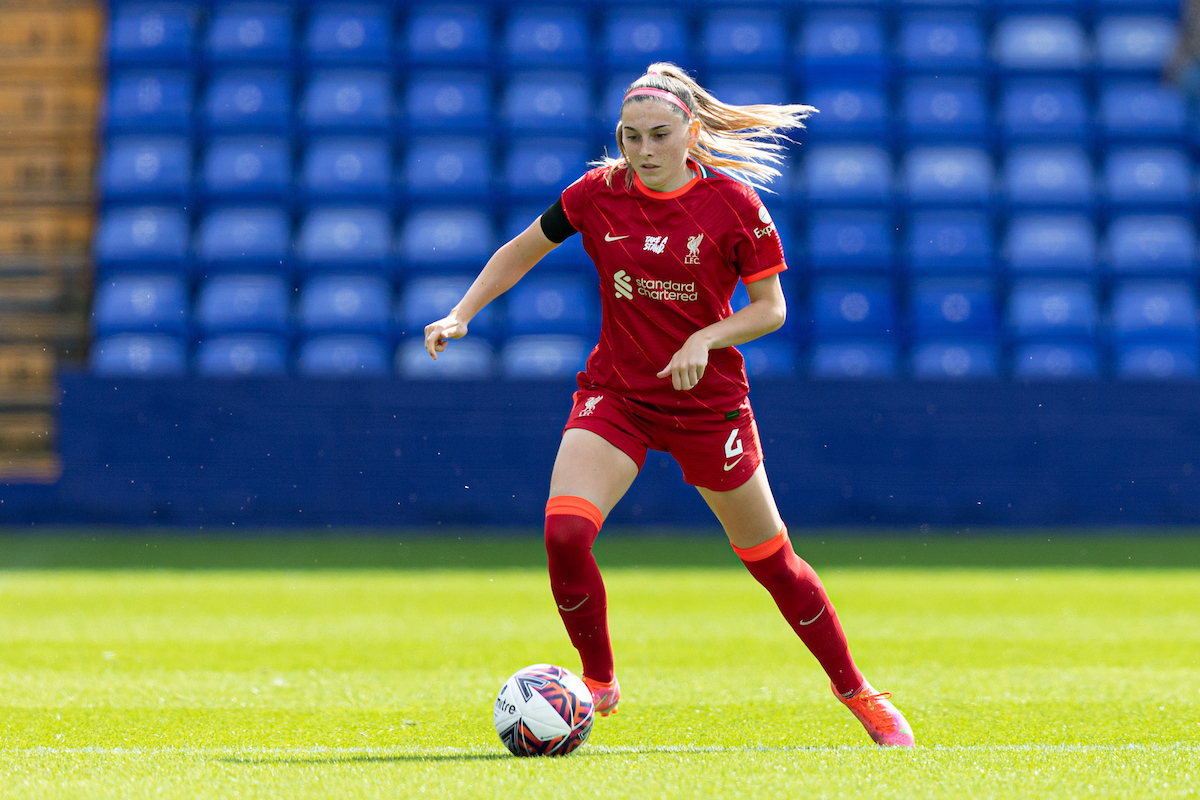 Injecting pace into the frontline, there is an unpredictability to her in that she can take on a defender, has a propensity to shoot and has immense quality in her delivery, all of which will give Liverpool an extra edge going forward. A serial winner, she brings with her a mentality that will be invaluable in the dressing room and her return feels like confirmation of the club’s ambitions to do more than merely survive.

Liverpool’s present trajectory under Matt Beard gives plenty of excitement over what is possible in the weeks and months ahead. It is unlikely they will dominate games in the way they did last season, but it is imperative that when they are in the ascendency they take their chance. Fail to do so at this level, and they’ll no doubt be punished.

This will be a season of battles and Liverpool must go out there and impose themselves. They must take their chances whenever and wherever they come and get points on the board as early as possible. This is a team who deserve to be back in the WSL and one more than capable of causing problems now they are there.

Back in the top flight with the women’s Merseyside derby to come later this month, there is no better time to get involved. Once again Liverpool Women look like a strong outfit. They are a team to be excited about and a side that deserves to be watched.

Get down to a game, show your support and enjoy the ride.

It all starts on Sunday.

“We’ve had to get up to speed, but we have proven we can compete with our preseason results. Everyone is in the right mindset, physically everyone is ready for the season now…” – @jasminem250