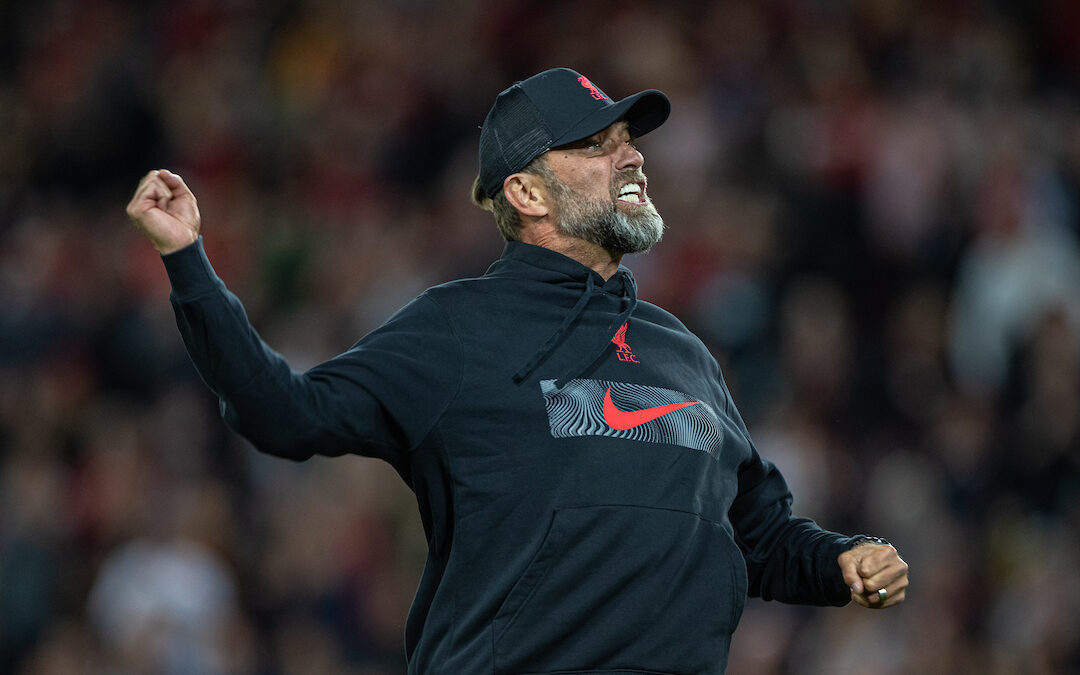 Neil Atkinson’s post-match review after Liverpool 2 Newcastle United 1 in the Premier League at Anfield, as The Reds look out of sorts but win…

YOU don’t get much poetic justice in football.

It’s a genuine rarity. To be clear, you tend to get what you deserve. That isn’t the same thing. You often get vicious irony. You often get hit with narrative. But none of that is poetic justice.

That winner, that was poetic justice. That may not entirely be what Liverpool deserve but that adds to the poetry. Because the strange thing about this game from a Newcastle point of view is that if they had just gone in for the kill then they may have got all three points.

Instead they concede in the time added on after time added on. Instead Harvey Elliott gives their end the big one. Instead Joel Matip dives in front of their bench. Instead the game is in the balance until Fabio Carvalho hammers home onto the underside of the bar and the ball is in the net but never hits the net.

Christ, you know it was agonising. I don’t expect your sympathy doing this job. I occasionally get to knock around with the footballers and the manager and get paid money to talk and write about this nonsense.

But suddenly (suddenly!) as half time, approached a sinkhole opened up about writing about this twice and talking about it four times. There was something downright agonising about that in prospect. Never think the hard end of this that I/we have doesn’t sting.

Liverpool’s entire shape is frankly maddening out of possession and frustrating in it. We’re opened up with something like 2-2-6 when we lose it. We have the main fella too wide on the right first half when we do have it. The thing about having six across the pitch is everything is so wide and too static.

That isn’t the plan. It can’t be and it won’t be. But there are times where the plan, the change in the plan, may be too impossible. At this stage.

Jurgen Klopp can take an extremely large amount of satisfaction from the level of belief that the side he put out had in themselves, in the end. And he can also walk away from tonight knowing a great deal more about his young players and how to help this transition team become the very best version of themselves.

The game started as a somewhat pedestrian affair. It felt like what you would expect, but Liverpool gave Newcastle encouragement. They looked at Newcastle’s press and failed to pass through it. The press was smart but it wasn’t perfect, yet time and time again Liverpool were risk averse.

While Liverpool were risk averse Newcastle were buoyed. They felt they were getting joy so they didn’t stop. Encouragement is something Liverpool need to think about. What I mean by this isn’t straightforward.

I think, in the past, Liverpool have often been happy to dangle encouragement. I think Liverpool have wanted opposition sides to feel like they have a move knowing they will pull the rug.

And it hurt at half time. Liverpool may have had slightly hard lines but both Henderson and Fabinho were poor in the buildup for the goal. You want to do cartwheels on the tightrope or somersaults on the cliffedge? Get them right.

The equaliser is both a great goal and by then deserved. Newcastle had stopped playing but Liverpool needed it. It had to come when it did. Liverpool play a great many games where they kick off de facto one down and the feeling of two down can only last so long. That goal offered hope to a side that wasn’t functioning as we’d like.

The winner never looked on the cards but that doesn’t mean the players stopped forcing it. Stopped believing. They always did. Always thought there was one more push. Like us they may have hoped for something close to double figures added on but in the end it wasn’t necessary. In the end it was wounding.

They are a far better team than the play-acting, time-wasting, bunch of fools who created the stoppage time in which Liverpool’s winning goal was scored. It was Shakespearean. It was Greek tragedy. And the pretend falling over, by the 97th minute was a farce. They were beaten in a farcical manner.

But for Liverpool it was heroic. It was poetic justice. It was magnificently sudden. A season is alive.

“I made sense of the draw so I’ve got nothing else to say other than ‘fucking hell!’. When you watch the goal back, it’s fucking amazing.”