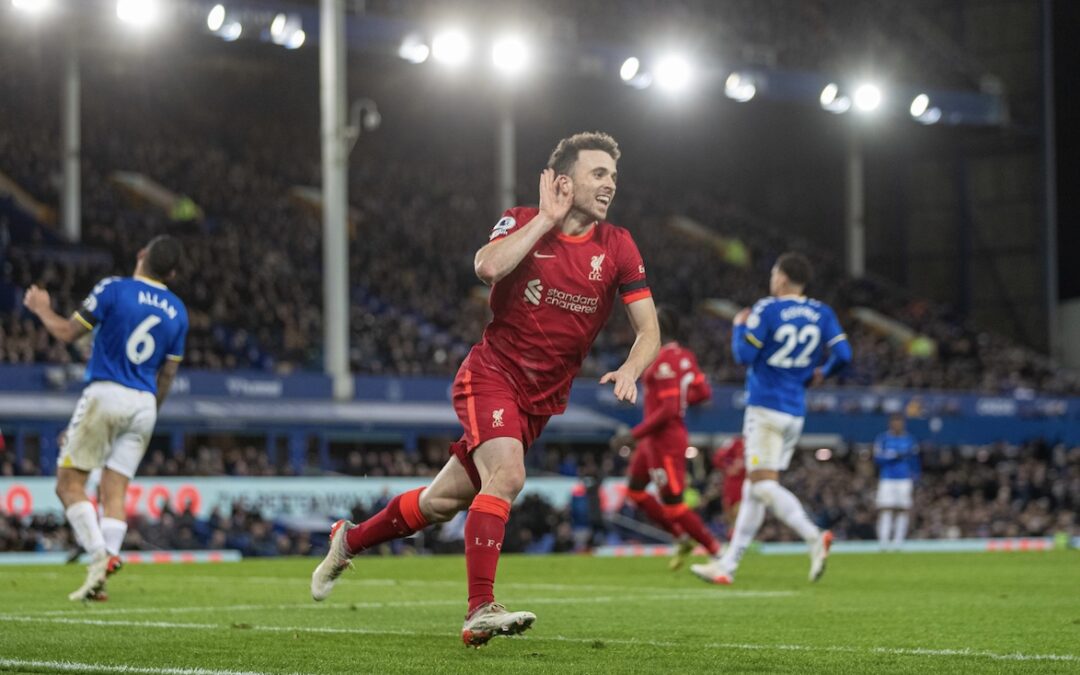 “DIOGO probably will be in as well, he trained yesterday with the team first time. He will train today.

“I have to make a decision, does it make sense that we involve him already or not? But if it is the first time we have five attackers – sounds like Christmas!”

If we hadn’t seen such riches, we could live with being poor, eh?

Liverpool’s deadline day signing of a midfielder, coupled with the returns of Diogo Jota and Darwin Nunez, has things feeling a little lighter going into the weekend.

No, the loan signing of Arthur Melo hasn’t sated appetites for The Reds to act like the super club they are in the transfer market, but in terms of a body it’s one more they can count on for the challenges to come.

The Brazilian won’t be available for Everton, though you’d imagine the chances of a loan signing being thrown straight into a Merseyside derby starting role were slim anyway. A pre-season-less Jota is also unlikely to feature in more than a small bench cameo, but his introduction would be enough of a lift in and of itself.

Curtis Jones and Joel Matip will once again be among the bench mob and may see minutes coming their way depending on how the game goes, and Thiago Alcantara continues to close in on a return.

It’s easy to be doom and gloom about all this, and believe me I have been, but there’s a lot to be said for the lift these returnees will give the lads in the dressing room — both physically in terms of a break and mentally with regards to the morale.

A win this weekend would do wonders for the latter, too.

Liverpool will likely go with the same lineup that started the Newcastle game save for a potential change at left back and James Milner likely replacing Jordan Henderson in midfield.

Mo Salah will be chomping at the bit to get among the goals and Fabio Carvalho will be keen to keep his fruitful cameos from the bench going. Darwin will similarly feel he has a point to prove to his new teammates, coaches and fans.