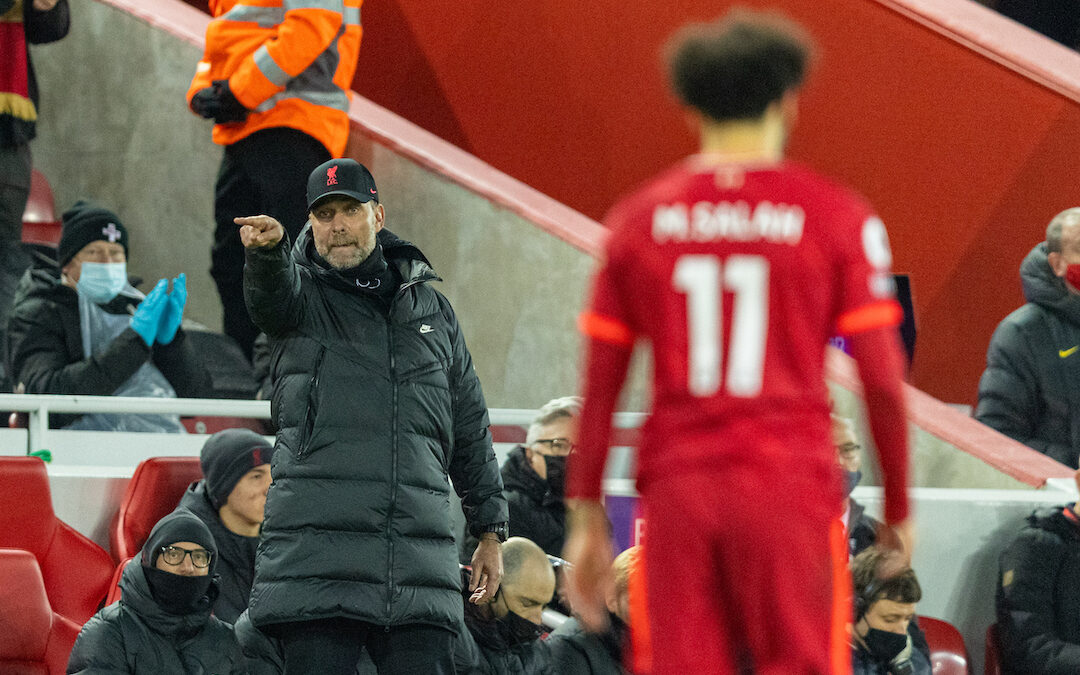 Match preview before Liverpool v Newcastle United in the Premier League at Anfield, with The Reds looking to solidify their momentum…

“WINNING here is special,” admitted the manager back in April following a 1-0 win at St James’ Park.

In the context of recent discussions about Liverpool’s midfield, it was funny to watch the highlights from the last time this fixture was played.

Jordan Henderson formed the base of a midfield alongside James Milner and Naby Keita, with Thiago Alcantara and Fabinho left on the bench — and it was a gamble that paid off. Taking the ball round the goalkeeper, Keita scored the only goal of the game and kept us on track in the title race.

Fast forward four months, and that same midfield starting would undoubtedly raise eyebrows. Gambles paying off, getting good results, and guaranteeing 8/10 performances from our players has not been quite as inevitable, and questions have been asked.

Does Roberto Firmino as a nine still work for Liverpool? Are Trent Alexander-Arnold and Virgil Van Dijk up to the standard of last season? Where do the goals come from in this team without Mo Salah? And then came a 9-0 result which simultaneously silenced the doubters and answered any lingering questions.

Intensity was, once again, Liverpool’s identity. That was clear when Liverpool came back out at half time, already 5-0 up, and the level didn’t drop for a single second. They looked hungry for more, won the ball back high up the pitch, and made sure they were first to every second ball. It was a result we may never see again, but the performance levels must stay the same. 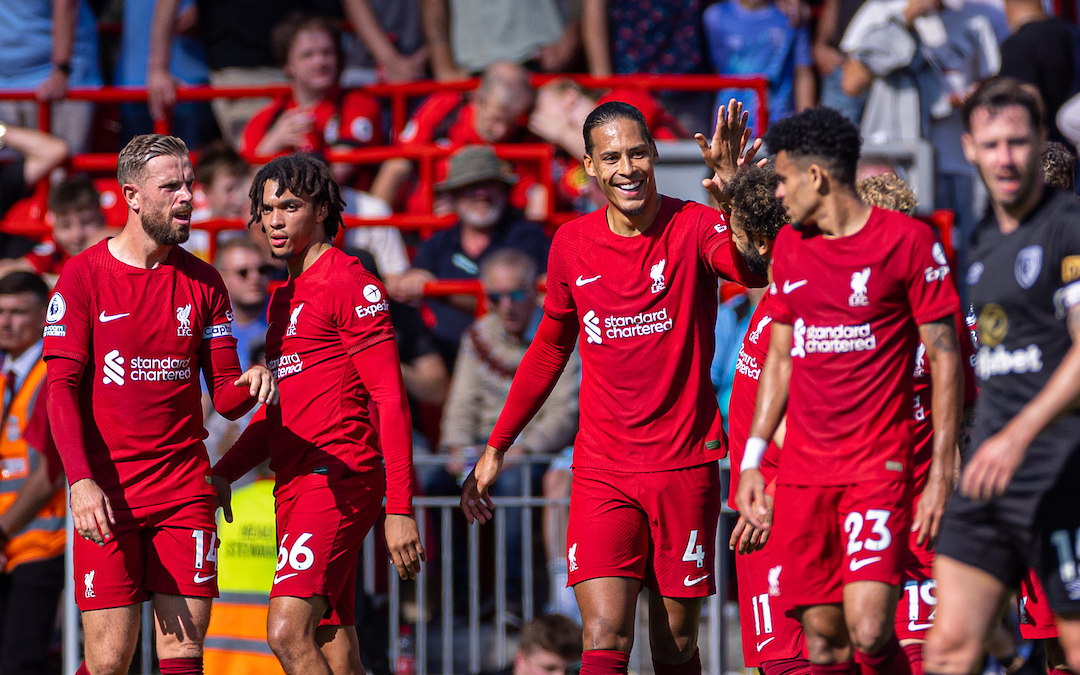 That result in isolation means nothing if the response was temporary. A second home game in a row provides the perfect platform to consolidate and get another win on the board. There are 12 points up for grabs before the September international break, and getting through these games without a slip up would completely change the trajectory.

There’s no secrets of the threats Newcastle pose. Since the new ownership took over in January, the club have strengthened with strong signings and went from a relegation battle last season to finishing 11th in the table. The aim will be higher this year, and judging from their performance against Manchester City, they won’t be phased by any opponents.

It was a partnership of Joe Gomez and Virgil van Dijk that started the fixture back in April, and one that will be assured of its ability to deal with any variation of Newcastle’s attacking threats.

It remains to be seen whether Alexander Isak will be ready to make his debut or whether the duo will be up against the physicality of Chris Wood. A return to the bench for Joel Matip would be welcome, in any case.

Alisson will be there to pick up the pieces, and with both full backs back to their best against Bournemouth, Trent Alexander-Arnold and Andy Robertson should complete the backline.

The midfield is where things get a bit more interesting. Bringing Fabinho back in from the start against Bournemouth proved to be a good choice, and I expect him to start against a physical Newcastle side. Injuries have begun to ease and seeing Curtis Jones returning to training is a huge boost, but Henderson will likely keep his place. 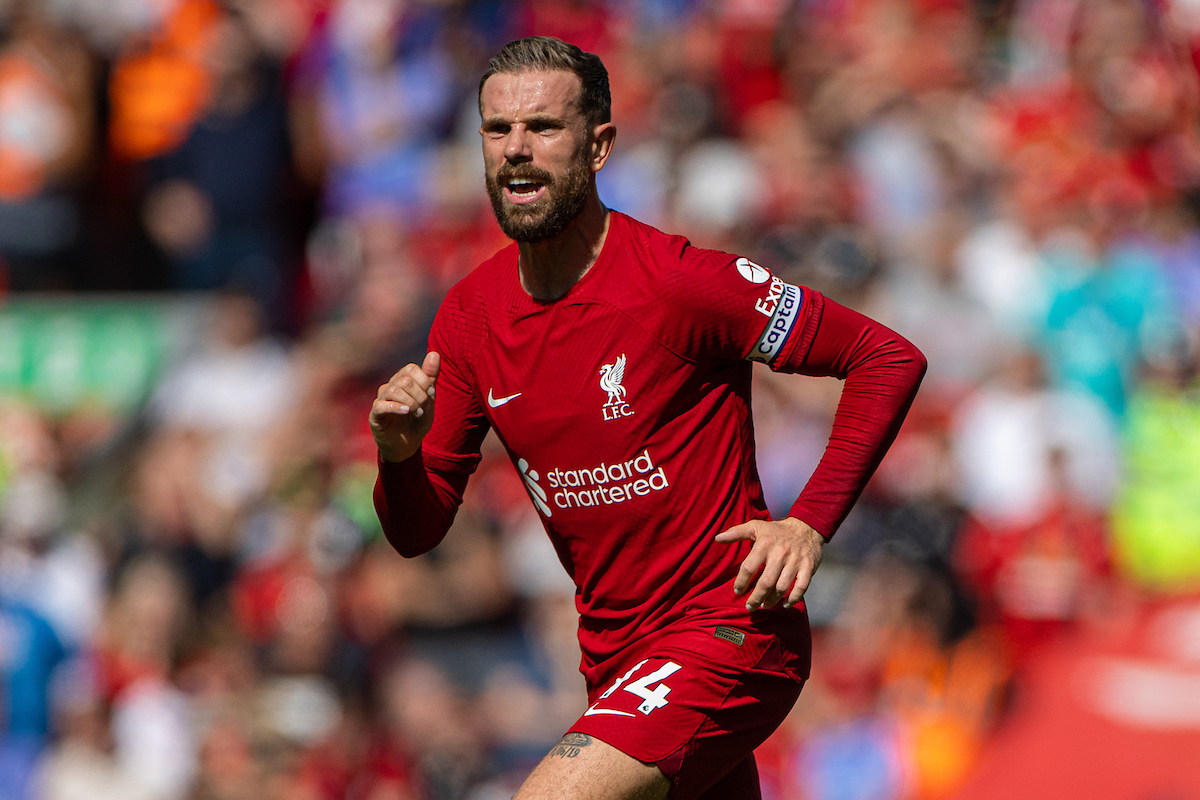 Shifting Harvey Elliott higher up the pitch allowed him and Salah to link up well throughout the game on Saturday, but there was a slight injury concern at half time which led to him being replaced. I don’t expect the manager to take any chances, and found it interesting that he was replaced by Fabio Carvalho rather than James Milner.

I’d like to see Carvalho get a start if Elliott is a doubt. With his first Premier League goal in the bag and confidence sky high, the way he drops his shoulder and drives at opposition defence is exactly what we’ll need on Wednesday night.

Nine goals and assists and not a single one from Mo Salah — what would the odds have been on that? He seemed to find the whole thing quite funny, though, but I’m sure he’ll be raring to be in and among the action tomorrow night.

I don’t think we talk enough about how good a signing Luis Diaz was, and now he’s adding goals to his games. The complete forward? I think so. He’ll start on the left, with Firmino keeping his spot in between the two.

On Saturday, football felt fun again. Now it’s up to Liverpool to try and keep it that way.