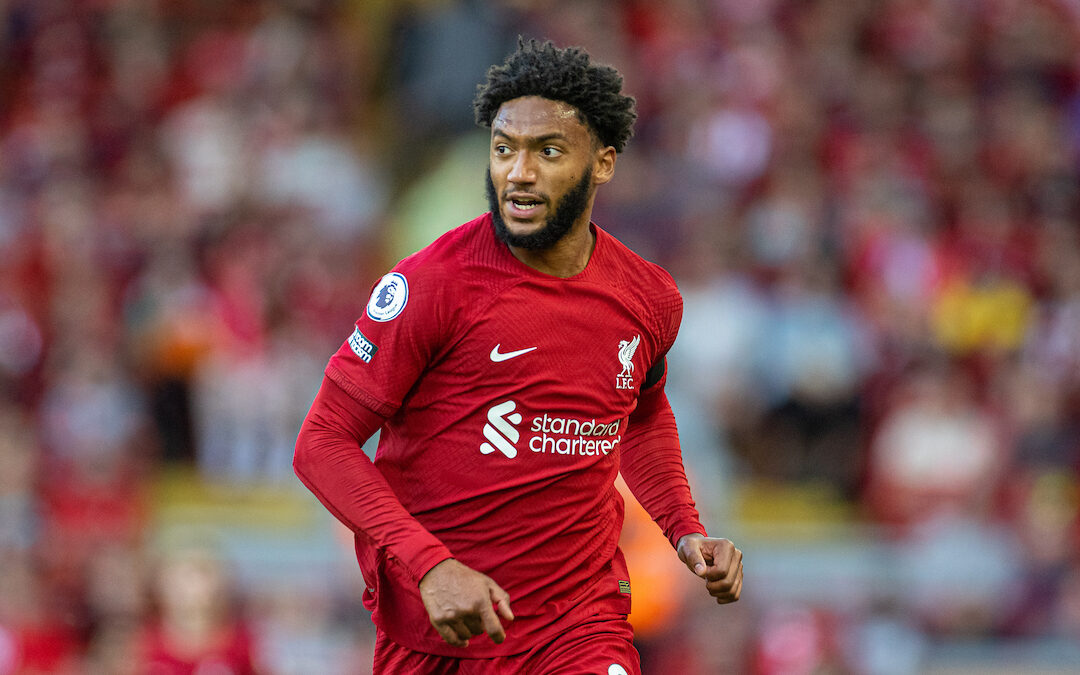 Match preview before Liverpool v Crystal Palace in the Premier League at Anfield, with The Reds looking to kickstart their season…

WHAT an odd week to be a Liverpool fan.

After The Reds’ stellar performance in the Community Shield, I think we were all ready to kick off the season proper with a bang. Head down to the Thames, knock a few past Fulham and kick back for a week before building up to the Anfield return.

That didn’t exactly go to plan. Because of the purgatorial nine-day gap between these two games, we’ve all been left to stew over issues we never anticipated having to talk about.

Midfield scarcity, the number nine position and everything in between – they have all been talked about to death and it still feels like we’re no closer to kicking off against Palace.

And we don’t know how many of these things are actually problems. The sample size is so small, but Liverpool’s draw against Fulham perhaps stands out as anomalous because of Jürgen Klopp’s post-match comments.

It’s very rare, if not a first, for the manager to question his player’s attitudes, but it felt necessary and, on that basis, I think we’d all be surprised if he had to do it again for a very long time. The Axa must have seen as many sessions of arse-kicking as it has rondos and shooting drills this week, but we’ll be all the better for it.

The Qatar situation and its scheduling ripple effects have given the start to this season a stilted, uncanny feel, even without the momentum-stalling draw last weekend. But there’s no better place to be than Anfield after a result like that.

It’ll be a tough game, but if Liverpool do their jobs, focus on their duels and attack the game in all of its small situations from the very first minute, they will slip into that perfectly tuned groove of experienced aggression which has seldom directed them away from victory.

Nevertheless, expect the team selection to tweak the dials.

Despite poor performances, Trent Alexander-Arnold, Virgil van Dijk and Andy Robertson will most likely remain in the lineup. Joel Matip’s injury means a place for Joe Gomez, whose pace could serve particularly useful against the pace of Palace’s attack, though rustiness has stymied him before.

Jordan Henderson and Fabinho will battle it out at number six as Harvey Elliott should be a shoo-in at right central midfield after his superb homecoming cameo. That choice might come down to an assessment of who was poorer against Fulham, as well as Henderson’s energetic ball circulation which could provide the necessary spike in intensity.

With Thiago out, the left side of midfield is open to Naby Keita and James Milner. The evergreen Milner has enjoyed yet another resurgence this season and his experience was an evident nerve settler at Craven Cottage, but will Klopp opt for the more penetrative Keita? That’s a tough one to call.

Darwin Nunez will surely get the nod after his electric, point-salvaging substitute appearance, but with his mind so focused on moving in behind, the left-wing selection has to provide the possessional stability that Darwin won’t.

Fabio Carvalho’s brief link up with Nunez was fruitful, but Luis Diaz has more than enough credit in the bank to keep his place. There might be more pressure on him now that he is the official successor to Sadio Mane, but his exploits and galvanisation of the team in the crucial run-in last campaign should not be forgotten so soon. He could have left London with a brace, too.

Carvalho may remain a dynamic bench option for the time being, but his time will come before long. The quality is there.

We’ve tried to enjoy the weekend, the sun and a little breather. Now the season, to all intents and purposes, begins.

Check out our latest ‘Report Show’ powered by @StatsBomb. @Knox_Harrington looks ahead to Liverpool v Crystal Palace in the Premier League…