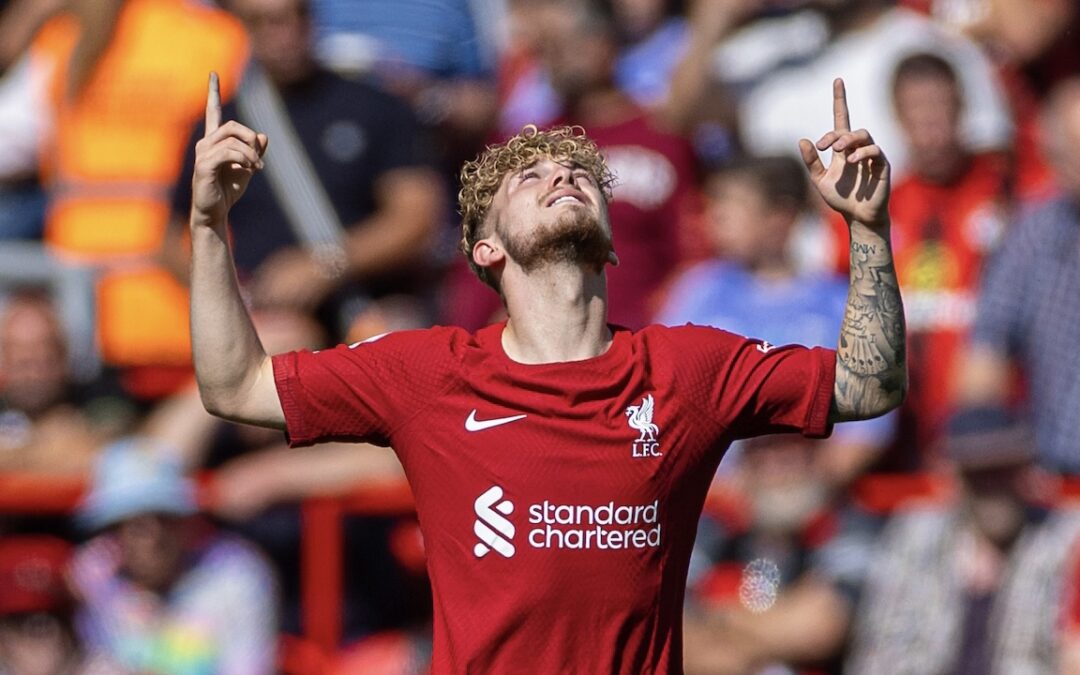 John Gibbons player ratings after Liverpool 9 Bournemouth 0 in the Premier League at Anfield, as Gibbo delivers the 10s The Reds couldn‘t…

What a day that was, then. We demanded a response, the manager demanded a performance and the players rained goals on sorry Bournemouth.

The only thing missing was a perfect 10, so I’m going to give everyone 10 instead. Up for big chats on The Motel dancefloor late if anyone disagrees.

Nicest afternoon he’s had since he rode that horse with a cowboy hat on. Sure he was barbecuing steaks second half. Baptised some kid in The Annie Road for something to do.

Top marks for absolute blammers. Played some passes that were even better. Looks like he’s playing a different game in this mood. Loved the cross Andy Robbo headed over in particular. I bet he’s hardly mentioned that at all.

Shite headers aside, he was great. Was involved in the Best Move Of The Game that the Best Forward In The World missed from a yard. Did some great popping up in mad places and some great being exactly where we needed him. Reckon he enjoyed today.

Best Gomez performance since The Wizards of Waverly Place. I know it’s not hard to be composed when you are 7-0 up and the Bournemouth forwards are eyeing up Ali’s barbecue, but how he works his way out of tight situations and sets us on the attack is still a joy to watch.

Been a while since we’ve seen one of those trademark chipped balls that Mo Salah blammed over. Wasn’t really tested going the other way but good to see him purring again.

Did a bit of six and a bit of eight and a bit of everything in between. Shame Mo didn’t control that lovely ball over the top but then there is a theme developing here, isn’t there? That’s the last time I trust the greatest player on earth. Anyway, much better from the captain and a touch of class at the end.

Haven’t seen a young talent emerge like this since Josh came in on work experience. As soon as the ball dropped to him you knew it was in. Acts like he’s playing in the street and he’s just messing about. Unreal composure and assurance and ability and hair.

Diogo Jota and now this fella. How do we keep signing these brilliant flair players and then turning them into John Toshack? “Yeah, taking on loads of lads is decent, but have you tried peeling away from your marker and meeting a cross perfectly with your fod? Better than Gary’s lad.”

A couple of times you can tell his legs have gone but then well more times than that he was sensational. That’s 100 goals for Liverpool now. What a joy he’s been. What a gift to the world he is.

Probably should have kicked it in the goal a few times but decided to leave it to everyone else today, which just shows the great guy he is. My favourite Mo Salah not scoring moment was when their lad kicked Carvalho in half in the box but the referee didn’t give us a penalty because Mo wasn’t allowed to score.

“9 nil! The reds were fantastic from start to finish. It was a performance that makes you fall in love with them all over again.”