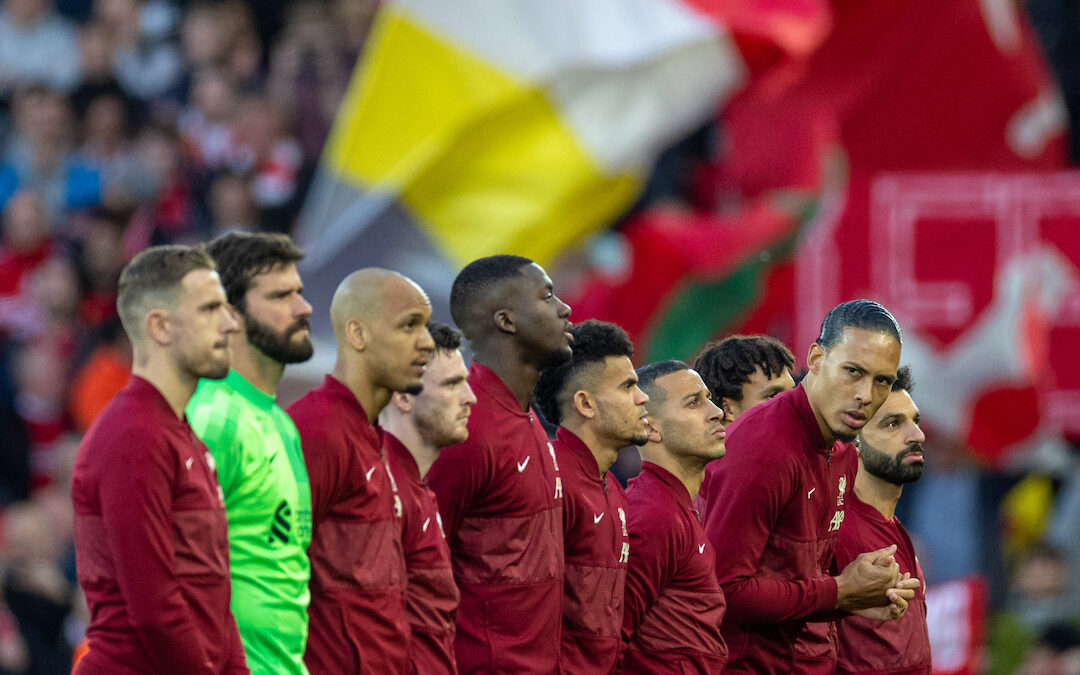 “I DID say one trophy minimum, but when we stare down the barrel of a few… That’s what we are looking at.”

Just 23 years old and on the cusp of a third Champions League final: just another day in the life of Trent Alexander-Arnold.

He’s one of the many players that have made this kind of success seem ordinary when it is anything but. Because let’s be clear, this is an extraordinary group achieving extraordinary things.

It’s a group that wants to be in the history books again come May, and tonight decides whether Liverpool will play every single game of football possible this season. They won’t just settle for that, though, because they know this is as good a chance they’ll ever have to win it all. The odds keep on edging in their favour.

Two-and-a-half-days after playing the first leg, a 12.30pm kick off at St. James’ Park could have easily been a bump in the road. Five changes to the starting lineup — including a surprising midfield selection — immediately raised eyebrows, but Jurgen Klopp showed once more that he knows how to tread the fine line between rhythm and rest.

A quick glance at the bench spoke volumes and reminded us that anything we win this season will be down to Joe Gomez and Divock Origi as much as it will be to Virgil van Dijk and Mo Salah.

It was quite frankly unnecessary for Andy Robertson to run full pelt down the wing in the dying stages of Saturday’s game, but the man is incapable of taking it easy. Not a chance Klopp is going to tell him he’s got to do that tonight, as he goes again with Trent returning to the starting lineup.

“Yes, I know – zero,” Ibrahima Konate laughed when asked how many games he has lost since joining, and we’ll get another glimpse into a very bright future tonight as he lines up alongside the colossus that is Virgil van Dijk.

There will be more chances to be left in awe by the vision and execution of Thiago Alcantara, opportunities to witness the defensive phenomenon that is Fabinho, both led in the middle of the park by our captain Jordan Henderson.

Don’t even get me started on Mo Salah. Leaving your top scorer on the bench was deemed a necessary risk as Klopp kept half an eye on the semi final, but he’ll be back tonight. After all, the main stage is where he thrives.

After impressing in his first few games, the prospect of Luis Diaz getting better with each passing day is a genuinely scary one for each opponent we face. He’ll line up on the left, as Sadio Mane completes the front three and continues to shine through the middle.

It’s some team, but Unai Emery will have a gameplan. With eight players rested from the start in their recent league game, and a further two pulled off at half time, Villarreal will be prepared to play the perfect game of football. We are capable of doing the same.

Remember that this time last year we were fighting for our place to play in this competition. We were still watching football from our homes. We had no idea what was to come both in a footballing and wider world sense sense.

Now, 12 months on? Paris awaits. Get the job done, Reds, and we’ll be taking our seats on the Eurostar in 25 days’ time.

“You think of a Klopp side as all emotion and power… But the way Liverpool need to approach this is to actually take all that out of it.”