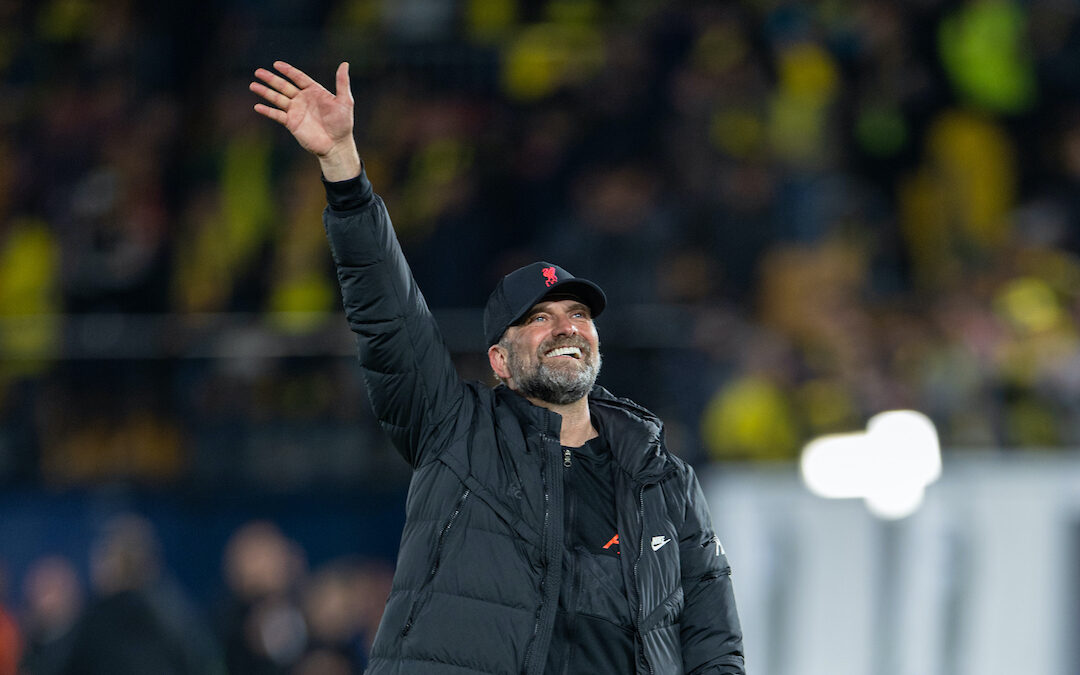 Let’s give them absolutely enormous credit. They had a problem to solve and my god did they have a good go at it. It’s doing a Rubik’s Cube while running. Tracking across a maze while doing calculus. It is solving riddles while being pelted by gunshot.

And they nearly manage it. They nearly pull it off. They cast doubt everywhere. The idea of doubt, uncertainty has been beautifully codified by Pep Ljinders this week in his Coaches Voice discussion around Barcelona. It’s a reminder what it is when you become top dog. When you get shot at and shot at.

But when you shoot at the king, you’d better not miss.

They play a great box, a tight four of centre mids that can go wide that crowd Liverpool, that pull in and out like an accordion, that find their moments and find their tune. They compress the pitch, the manager knowing that they need to play in the smallest possible square. They exploit the idea of room behind both full backs, not just one and then switch. It is a full press. They choose to be better everywhere and as strategies go it is both bold and effective.

But part of what makes it effective is that Liverpool keep thinking they are seconds away from being in. Some more composure, one more touch, and Liverpool would have the pitch to hit from a place of relative peace. Instead they eschew the peace and just hurry over and over.

This is the key thing which changes at half time; not just the idea that Liverpool play at their pace, but the idea that they realise a wide variety of paces are available. You don’t need to go with the first pace you see.

I suspect that was the half time chat. Not knocking people around the dressing room, not acting like it was about toughness, but remembering it was about breathing, about knowing goals come when you let space open up, about not forcing the battle or the counter attack. Liverpool never found their way.

But I could be wrong because Luis Diaz happens. And he is all about forcing the issue. The best way the issue gets forced is him continually pinning down Foyth. Making his life so difficult. Making the tight midfield give. Creating space and time. The game that Klopp and Guardiola envisage is about space, you know. It is an enormous conversation around space and what you do with it.

Fabinho explodes into some. It isn’t an accident. The shot sort of is, but is also a reminder their lads aren’t up to snuff. The keeper is done. It began to be Liverpool’s game before then, but from that stage The Reds weren’t to be denied. Fabinho ought to end this season, whatever happens from here, an unequivocal Liverpool great. Tonight is just another mark on that particular wall.

Naby Keita’s second half is excellent and only excelled by Sadio Mane’s, who shows yet again that there is no football team he won’t drag. Virgil van Dijk finds our way and we know the goalkeeper is serious in all phases.

Be in love because it hurt, didn’t it? Love because the alternative is empty. We are where we are. And where we are is the biggest game in club football and this is what they deserve.

What I deserve. What you deserve. Because it is all an act of love.

“They had a real good go first half but Liverpool showed their class in the second half. We showed why we belong in another European Cup final.”