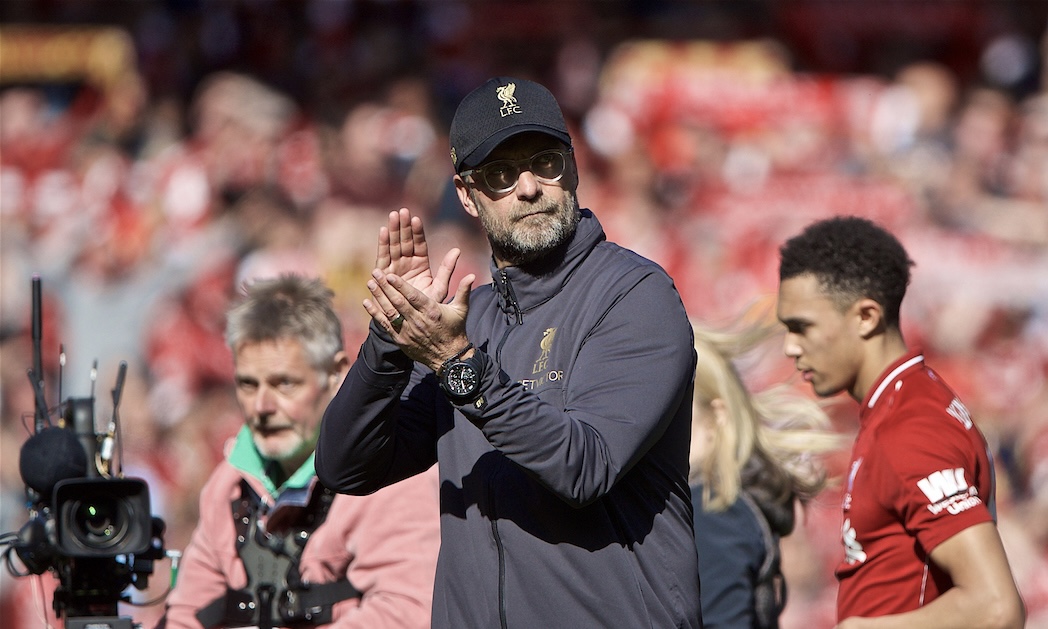 Match preview ahead of Liverpool v Wolves in the Premier League at Anfield, as it all comes down to the final day…

On August 14, when Liverpool kicked off their season with a 3-0 win at Norwich, nobody would have imagined the journey we had just undertaken with these Reds.

You forget just how much Jurgen Klopp has had to use his squad this season, over the course of 61 games. Most would predict Chamberlain’s appearances closest to single digits, yet he features in every group game of the Champions League which helps to bump that figure up.

He may well decide it’s time to move on in the summer, and he’ll do so with our best wishes. It looks like it will spell the end of Divock Origi’s time on Merseyside which is a great source of sadness. His 18 appearances produced six goals, including a couple which will be filed alongside his biggest and best Liverpool goals.

The squad could see more changes come the summer. Takumi Minamino scored his 10th and likely last goal of the campaign on Tuesday night, and he may feel that his 24 appearances weren’t enough to satisfy his appetite for minutes on the pitch. I’d personally like him to stick around, we’ll need his penchant for big goals once Origi has gone.

In truth, I wouldn’t really want to lose any of these lads. After all, they are the ones who brought us to the dance — and this dance is the dance to end all dances. The deepest any team has taken a quest for the quadruple. That is incredible and it takes every single one of them at all levels.

It has taken the occasional cameo from an Academy level player to ease the strain on our most senior players, plus their efforts on the training ground to push those at the top end to be at their elite best week in, week out. To paraphrase Jurgen Klopp on the subject of playing 11 v 11 in training, you wouldn’t want to be playing those other lads at the weekend.

We’ve been so blessed to have this squad and, though it comes with its challenges for the manager to maintain a balance across the board, we have every single one of them to thank for the journey we’ve been on.

As Neil Atkinson said: the manager may not like having big squads, but he has been very good at using it. The number of appearances made by the aforementioned lads show as much.

It will likely be their last of the season, it could well be the last of their Liverpool careers. We’ll never forget their contributions this season. They’re on the cusp of unprecedented greatness and, no matter what happens, nobody would be able to take that away from them.

And nobody will be able to take anything away from this Liverpool squad as a whole, regardless of the outcome. They have achieved what no team has done before, they deserve all our gratitude, and they will feel that inside Anfield.

The days of our lives aren’t over yet.

It’s not over yet…

“Football every now and then can throw a surprise in, it can shock you. Whilst it feels like there’s an inevitability about City… something mad could happen…”