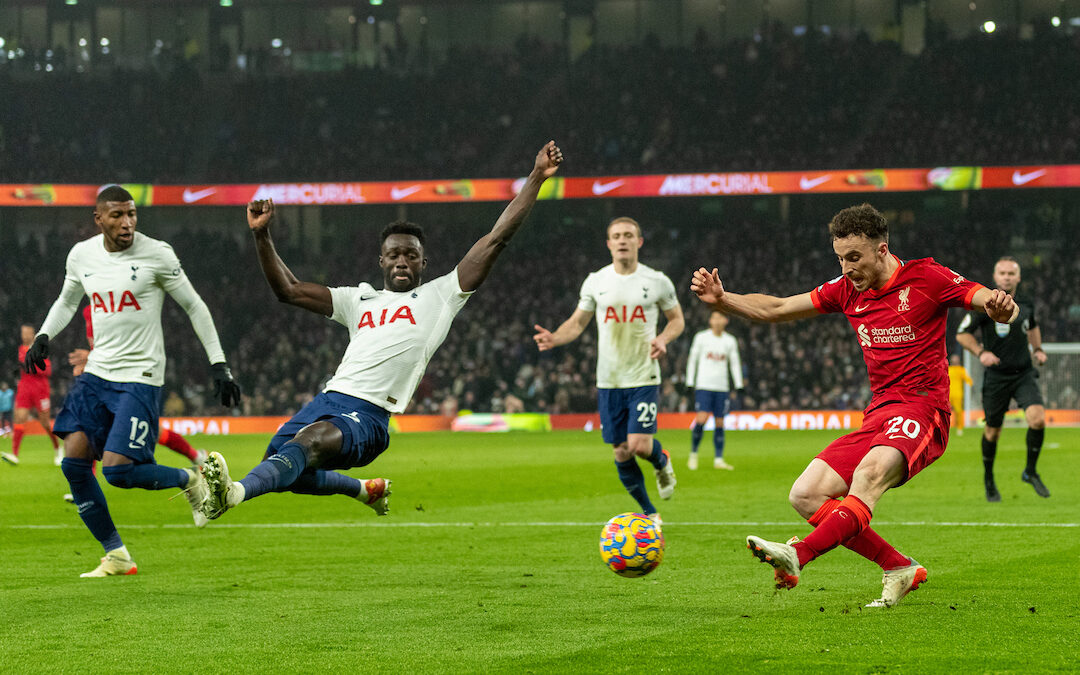 Match preview ahead of Liverpool v Tottenham Hotspur in the Premier League at Anfield, as The Reds can continue to roll on…

LIVERPOOL, the club and city, has rightly been swept up in Champions League final fever this week.

How could we not be? That win over Villarreal had us all beaming about reaching our third showpiece in five years, and dreaming about a seventh European Cup to add to the trophy cabinet.

Then Real Madrid booked their place with yet more madness against Manchester City, and we got ourselves excited all over again. Being fair though, most of us hadn’t quite calmed down before kick off, so come the final whistle in extra time of that game we were all climbing the walls.

It’s exciting though, isn’t it? Liverpool versus Real Madrid in Paris. A repeat of 1981 or revenge for 2018, depending on your generation. Both sound good to me and Mo Salah.

However, before we all get too whisked away by the planes, trains and automobiles, we’ve still got a few more pots to potentially secure. And we’ll all be hoping that the events of this week can be repeated in the Premier League, to add more than an extra spring in our step as we cross over to Calais.

First up for The Reds, it’s Antonio Conte’s Tottenham Hotspur. They’ve been one of those teams that, without having the lived experience of watching them week in and week out, I’ve been particularly intrigued by this season. They looked great against us at their place earlier in the season, but seem to truly flatter to deceive at other times.

That gives me some concerns about them rising to the occasion Anfield will provide on Saturday night under the lights. But then to get overly concerned is to dismiss just how good this football team is that we have the pleasure to be following this season.

Of the lads who added another Spanish team to their list of Champions League semi-final conquests, I’d expect three changes.

Alisson Becker, Trent Alexander-Arnold, Virgil van Dijk and Andy Robertson can expect to be rejoined by Joel Matip. Robbo may have been a question mark had he not been subbed off in midweek, but Spurs pose enough of a threat up top to keep him in for this one.

In midfield, I suspect Jordan Henderson will be brought back into the fray for Naby Keita, given that the Guinean has started twice in a row already this week. Thiago Alcantara and Fabinho should keep their places given their brief respite in Newcastle last Saturday.

Upfront, the wizardry that Luis Diaz displayed in midweek deserves to be rewarded with a start, while the manager will want to keep Diogo Jota’s spirits up after being hooked at half time in Spain. Mo Salah should get the nod with Sadio Mane making way to transform into a frightening option off the bench for Jurgen Klopp and his staff.

It promises to be another huge occasion for The Reds, who continue full steam ahead into this final period of the season. We can’t look too far ahead yet, though. It’s the opposite mentality which got us to this point, and now all our dreams lie within reach.

“I don’t think we’ve ever had a better team than this. Not as much has been made out about our defence. They’ve been trained in catching teams offside.”