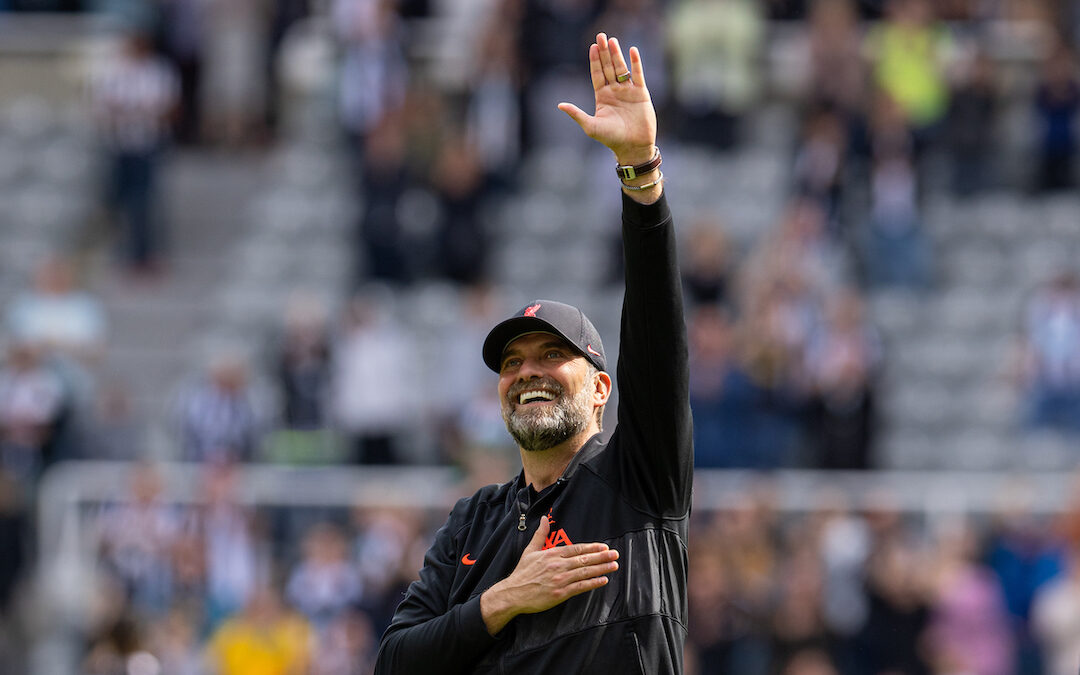 Liverpool didn’t pull their punches. They saw every battle as one to win emphatically. Liverpool were exceptional across the pitch. They won the right and showed their class. Liverpool were the very essence of grown ups. They kept making the right decision when heads would have been lost at other times.

It was a very good game but not a classic. Remember classics? Classics were everywhere. Broadly, games against Manchester City aside, Liverpool have eradicated classics. They have replaced classics with sheer excellence in all phases of play.

Newcastle were quite good but they were never ever going to be allowed to be good enough. They had to play the game held at arm’s length. Had they had a moment of sheer brilliance, a moment of overwhelming destruction of Liverpool’s dreams they may have had a way home. But that was it, a gamble on moments. Liverpool left Newcastle United to wishing and they do that so often.

The matchwinner has a strong claim as being the best player on the pitch. Naby Keita’s contribution this season cannot be underestimated. Should Liverpool achieve at least some of our ambitions from this point, Naby Keita will have been so significant within that.

It’s a strange thing that all of these three starting midfielders are controversial to Liverpool supporters. It’s actually an unsustainable position on all three. There’s a desire to split them, to pick sides. Do you think they pick sides? Are you a grown up? Because they are grown ups. They see the value over and over in one another. Liverpool win the game today in midfield and all three starting midfielders are marvellous.

Today my favourite midfield three was the one that started the game and I loved the one that ended the game. These lads are trying to win a quadruple and as we sit here, as April turns to May that ambition is perfectly reasonable.

James Milner’s performance was excellent and the only context it was excellent within was this game against these opponents today. Not in the context of who he is or where we are. He was just the second best centre midfielder on the pitch with Naby Keita being the first.

Throw a blanket over them, the three of them and Jordan Henderson was there or thereabouts too. The captain showed yet again that he is Liverpool’s most certain man. He constantly snuffs everything out and the tempo is his.

Sadio Mane should score but he remains solid. Diogo Jota is brilliant in moments in the way Newcastle dream of. Luis Diaz distorts the game.

Liverpool keep looking after it all match and they show so much quality. Both full backs are excellent. Joe Gomez wasn’t to be worried about but Andy Robertson was to be adored, to be walked around. He was an outlet at all stages and it is too easy to act complacently about that. But he isn’t just an outlet, he has so much quality.

Greatness is just there. Excellence is ongoing. This is serious. This is happening. They could well be calmer than us, more assured than us. They are the business.

This league isn’t going to win itself. It is great we have these lads to win it for us.

“The reds controlled the game, they managed it well. By in large, it was pretty comfortable. We’re top of the league, they’ve handed the baton to City now…”