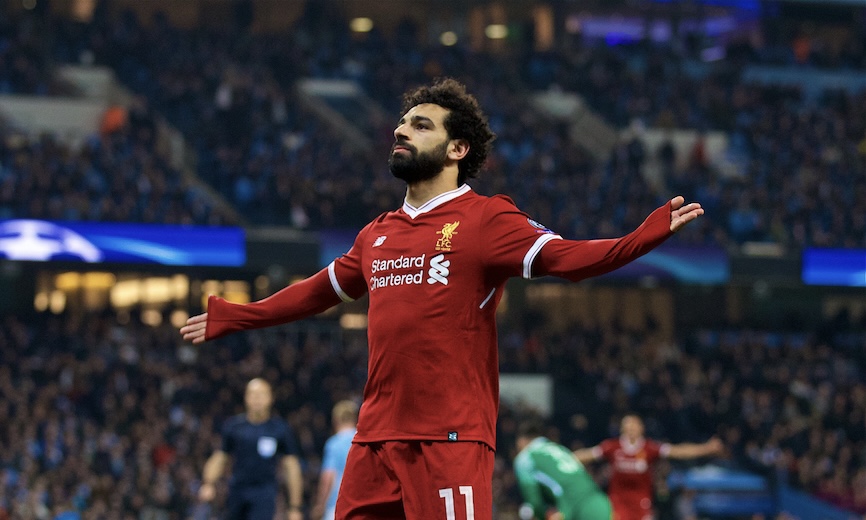 Match preview ahead of Manchester City v Liverpool in the Premier League at the Etihad Stadium, with the chance to steal the march…

SO, it’s finally time. Judgement day. The day of truth. Terrified and excited.

For there to be only one point in it at this stage is something Liverpudlians wouldn’t have necessarily expected just a couple months ago, as we watched Manchester City do Manchester City things. As always, football had a different idea.

I think a fair few of us would sack any additional competition off right here for a successful end to this Premier League season. Of course, the lads’ focus should always be to go and win everything in their power, but above all Liverpool should desperately yearn for the ‘bread and butter’ as Bob Paisley put it bluntly all those victorious years ago.

We can’t afford to see the Premier League trophy take the wrong turn down the M62 again. For too long The Reds have been second best to these lot – campaigns have been sustained in Europe, but the war on the mainland has been one of the struggles.

Although there have been a couple years of irregularity with respective teams’ form, there is no doubt that when these two are at their best it is the most competitive rivalry at the top of world football. These juggernauts have propelled the modern Premier League to new heights – you only have to take a quick look at the 2018-19 title race to understand the levels that have been set.

Liverpool have finally attained a true, sustainable squad to compete with the seemingly endless pot of gold that is Man City’s transfer budget which has secured them their domestic successes. This coupled with the fact that Jürgen Klopp has a fully fit squad, gives us an opportunity with endless scenarios going into the next two months.

For Sunday, the manager will want as many of his most trusted lieutenants as possible on the pitch from the off. That means a back five of Alisson Becker, Trent Alexander-Arnold, Joel Matip, Virgil van Dijk and Andy Robertson, despite the good form of both Joe Gomez and Ibrahima Konate.

In the middle, he’ll likely partner Jordan Henderson and Fabinho with Thiago Alcantara, despite the good form of Naby Keita — though he’ll be a more than welcome option off the bench if The Reds need new ideas or legs. It’s going to be one hell of a bench, by the way.

It’s a game that could be decided in moments, which is why the manager may look to his top three scorers in Mo Salah, Diogo Jota and Sadio Mane, despite the good form of Luis Diaz. Salah will feel he has a lot of boo boys to silence at this moment, and Manchester City are a team he has a history of stunning into silence.

There’s no time like the present. Seize the moment, Liverpool. Steal the march and don’t look back till the end of May.

“I think it’s our biggest ever away league game and Liverpool have made that happen, by pulling themselves round from 14 points back.”