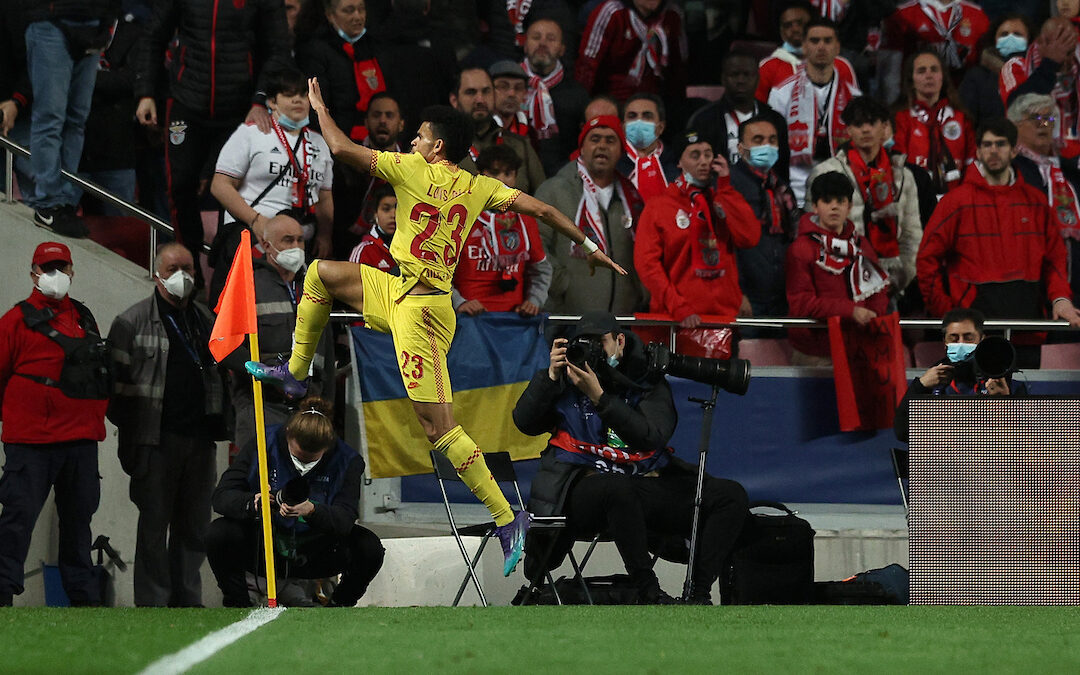 AS I write this, I’m sure I’m not alone in not yet feeling fully recovered from the Manchester City draw.

My head is still in bits after a heart-racing game, I can’t imagine having played in it before having to move on and gear up for yet another big European night at Anfield.

After a hard-fought win back in Portugal last Tuesday, Liverpool’s players will know they can’t be too relaxed. Our boys in Red are more than capable of facing these kinds of pressures though, as we’ve seen a million times before.

This week feels like a particularly watershed one for the club’s ambitions, with an FA Cup semi-final still to come on Saturday — the first since that fateful day against Tim Sherwood’s Aston Villa in 2015.

First, though, the small matter of a Champions League quarter-final second leg against Benfica.

The Eagles prepared for this game by boldly resting five of their usual starters; Rafa Silva, Gilberto, Goncalo Ramos, Alex Grimaldo and Julian Weigl, while Jan Vertonghen was suspended. Darwin Nunez did start though and bagged himself a hat trick, and he’ll have the bit between his teeth still after a goal last week.

Liverpool, on the other hand, go into the home leg with no fitness issues according to Jurgen Klopp — a first for seemingly every Liverpudlian born since the ‘one substitute’ rule was introduced.

That will likely mean at least three of The Reds’ usual back five will be asked to go again for this one, with no room for complacency in the selection. Alisson Becker will of course start in goal, while Trent Alexander-Arnold, Virgil van Dijk and Andy Robertson will probably be joined by Ibrahima Konate given his performances in Europe this season.

Klopp will have to have one eye on the FA Cup semi-final at the weekend with his selection, but he’ll also know the value of rhythm at this stage.

Naby Keita is the most likely to be the lone face introduced to the midfield for freshness, while Fabinho is nailed on to keep his place. It could be a toss of a coin between Jordan Henderson and Thiago Alcantara for the third spot.

Despite his scoring exploits at the weekend, Diogo Jota could be rotated out for last week’s hero Luis Diaz. The second half performances of Mo Salah and Sadio Mane against City will surely see them starting again to give us the firepower we need to proceed, with Salah more likely to be given some form of rest after playing the full 90 on Sunday.

It is unreal to think that The Reds still have the potential to win all four trophies available to them this season, and the size of the task comes into even sharper focus after the result at the weekend.

No time for the mentality monsters to rest on their laurels now. A game at a time mentality and the same steely determination could take them further than we could dream of.

“We can’t be complacent but if we do our business we get to rest a little bit on the pitch. I think Liverpool will start fast and back themselves to put this to bed.”