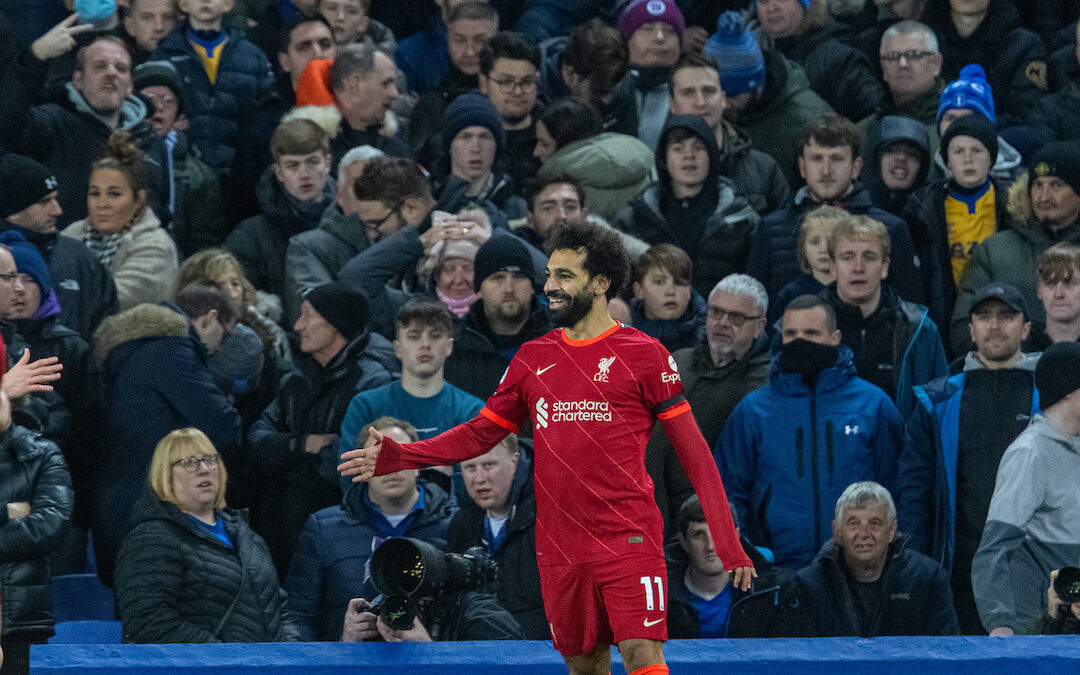 Match preview ahead of Liverpool v Everton in the Premier League at Anfield, where the points should be the main focus…

EVERYTHING was set up for a derby banana skin at Anfield on Tuesday night.

A nemesis struggling with every element of the game, but with the knowledge that their fans would forgive all if they delivered an improbable result. Liverpool knew that, ignored the baying hordes around them and treated Manchester United like it was a 12.30 kick off against Watford.

Suddenly, United were no longer entrenched rivals. They were merely holders of our three points and all other considerations were secondary. We beat them in five minutes.

Sunday sees another rival with a puncher’s chance come to Anfield. This time they’ll be wanting to save not only some face but arguably their entire future. There are three clubs in their marriage. All Everton eyes will be on Turf Moor before we kick off. A loss for Burnley means a must win for the Blues, as does a Claret victory.

Everton need a win of any kind at Anfield and will do all they can to get into our faces and disrupt our rhythm and play. Liverpool must be prepared for that and, though the last run of games has been a test of patience and single-mindedness, they must remain on their guard.

And they will be. We’ve had many kind words over the past month but hardly any of them have mentioned our maturity. The European Cup semi final doesn’t matter till Everton don’t. The Everton game comes first and the rivalry it produces will be irrelevant to the lads on the pitch. It’s all about the points now.

An early Everton goal cannot be allowed to derail us. We must be prepared to fight if need be. This won’t be a cakewalk despite the 47 (forty-seven) points which separate us. Mind you, I did say that on Tuesday too.

With that being said, Jurgen Klopp should be looking to go stronger than he tends to for a home Merseyside derby. Ibrahima Konate should really be the only allowable change at the back, while the midfield and attack should stay unchanged given the nature of the dominance displayed against United.

This is just about the game and not the occasion. Never lose your focus, Liverpool. Never let your ambition lapse. It’s a Liverpool ball they’ve got. Three more points.

Into these, Reds. The points not the occasion. Into these.

“The aims are right there, the trophies are on the horizon. You can see them glinting, so I don’t think there will be any complacency.”