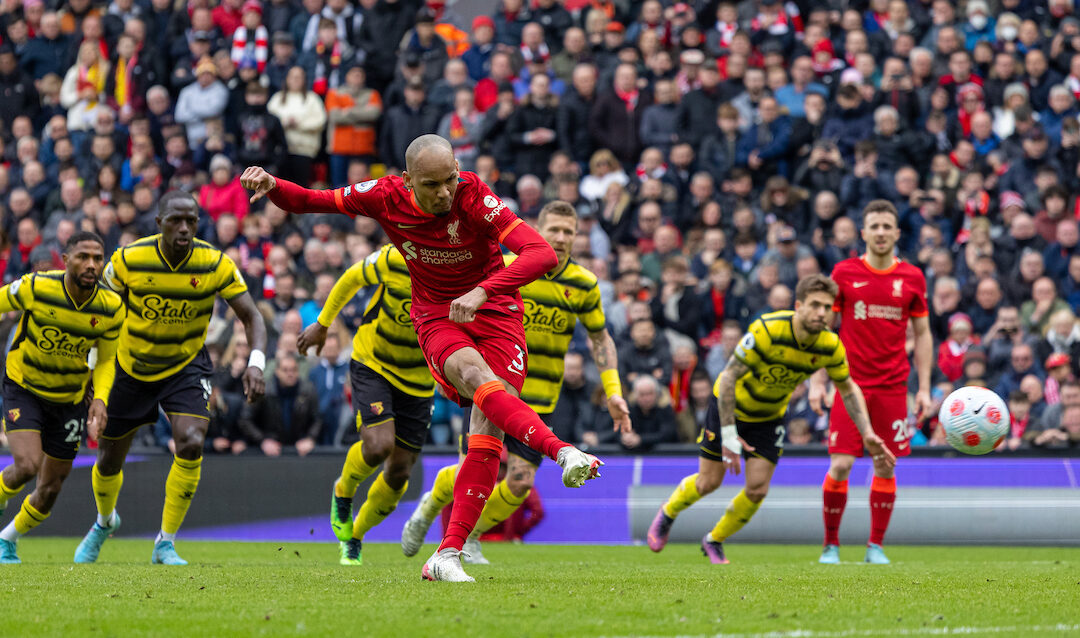 Ten wins in a row, unbeaten at home in the league for over a year and a punch thrown in the title slug out.

And yet…graft, wasn’t it? Anyway. No Johnno today, so these ratings are brought to you by a panel of pricks and fuelled by Guinness.

Sound isn’t he. Asked to do nothing for long periods, he’s always there when needed. Crucial save at a crucial point. Cool as fuck.

Usual bag of energy and endeavour. Looked like he was blowing for tugs at the end and it was tired swing of the boot that plated it up for their keeper after a good move. Boss slidey though.

Given the leg around a little bit and had his feathers ruffled at least once but still emerged from the game smelling better than you.

Job done. Got his work out the way, had his trademark foray forward.

Gave the ground a heart attack when he gave one away second half, but got stuck in, whipped in a great ball for Jota and can be pleased with his work.

Cool as fuck. While everyone else was slashing about in the paint looking for a Stone Roses EP cover to emerge, Thiago was bringing the brush strokes that take the breath away. A touch of class.

Cut a frustrated figure. Harried, chased, kept the energy levels high and kept on talking. Wasn’t his day with the ball though.

Given an opportunity to impress but didn’t take it and his frustration was clear as he trudged off. Seems to get stuck between doing the functional stuff that would clearly impress Klopp and trying to burst the net with a worldie.

Only touched the ball 47 times but one of them was to head home from Gomez’s delicious cross. Has a knack of scoring just when we need it most. Halfway through the half when frustration was building was one of those times.

Didn’t test the keeper but grafted his arse off, buzzed around and made a general nuisance of himself. Kung-fu kicked his way into the Jota goal celebration scenes. Gotta love the fella.

Toiled. Stuff wasn’t coming off for him today and the Watford defence marshalled him well.

Came on. Looked hard. Slotted a pen like he really meant it.

Came on and kicked the ball five times.