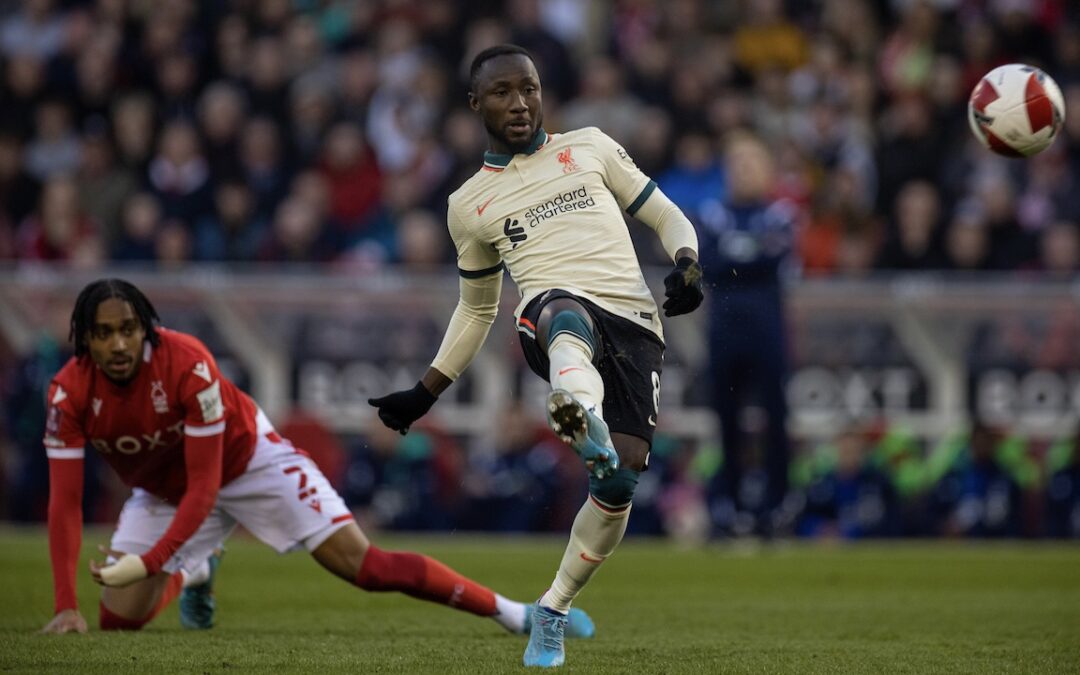 PROPER side them, weren’t they? Absolutely did not mess about.

Fortunately The Reds, while occasionally prone to messing about for spells in games, don’t like to mess about when it comes to results.

That’s another in the bag, another trip to Wembley to come and hopes of another trophy still alive.

Mostly just deals with the stuff you’d expect him to and looks absolutely fantastic while doing so. The way he deals with the attacker trying to round him for their penalty shout is the difference between him and Ederson.

Look, he’s not and nor should we ever expect him to be Trent — and we don’t need that caveat every time we have a chat about his merits as a right back. Thought that he looked mostly great though, and was effective in his attacking involvements.

Another really solid performance against a different kind of attacking threat. He’s so much better bringing the ball out of defence than he gets credit for.

Sometimes looks so unbothered that you wonder if he’s having an off day, but he just deals with everything and makes attackers shit scared in the process.

Was a five or lower before he sets up the goal. I once worried that he was the second coming of Alberto Moreno and he looked every bit of that description.

Thought he carried the ball well but he’ll be disappointed to have not contributed anything properly meaningful — either that or he’s just fuming with Jurgen that he didn’t survive the entire bench coming on.

Probably tired cause he’s played so much football and couldn’t fully make his presence felt.

Divides opinion for not being the midfielder many expected, but thought he was great at all the industrious aspects of being a Liverpool midfielder.

Really struggled to make his mark on the game, but is dead young and recovering from a horror injury so no need to worry.

His lack of impact on the game was probably the biggest testament to how well Nottingham Forest played.

Struggling of late but takes his goal brilliantly and that will hopefully give him a lift after the international break.

Come on and pushed the tempo and got fouled.