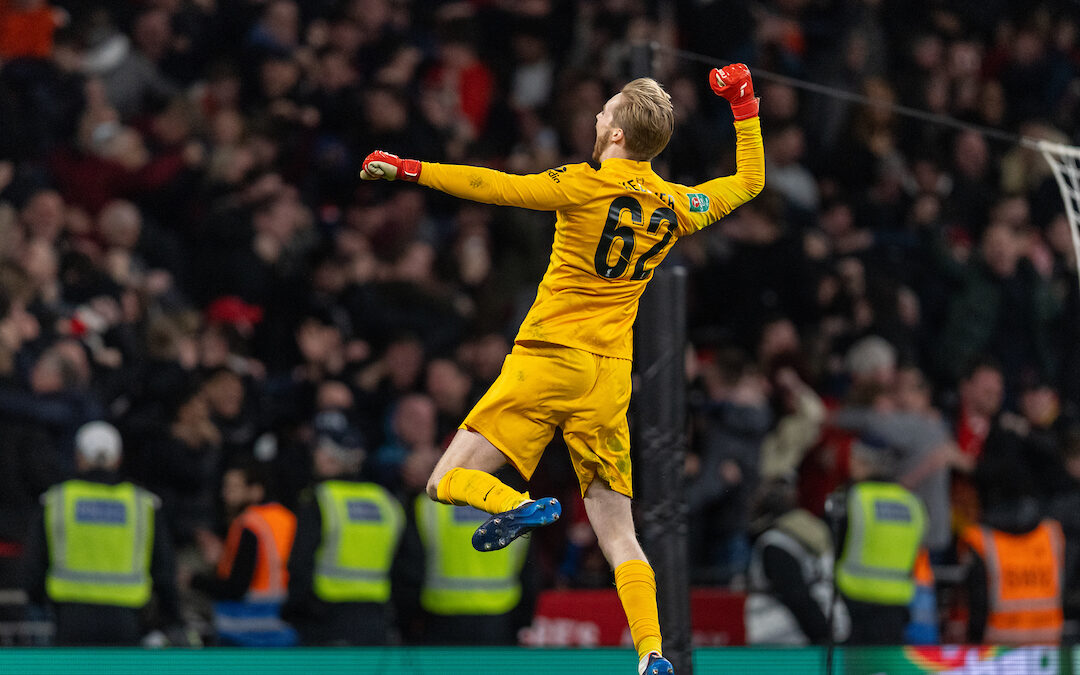 Match preview ahead of Liverpool v Norwich City in the FA Cup fifth round at Anfield, with The Reds looking to build on League Cup success…

FOOTBALL moves on. It waits for no one.

While I’m still trying to let an unforgettable Wembley trip sink in, and getting the last of the Dua Lipa jigs out of my system, the team behind this Liverpool team are already focused on a fifth round FA Cup tie against Dean Smith’s Norwich City side.

Oh, but the scenes. The scenes. They were really something else. Watching 33,000 Reds bouncing to the tune of ‘One Kiss’, while Caoimhin Kelleher and co got their hands on a well-earned trophy was really something that makes this whole football thing worthwhile. The whole thing was absolutely magical and makes you crave more.

So, back onto another domestic cup campaign…

After a great day out on Sunday, The Reds will be looking to keep up the momentum against The Canaries — already beaten across two competitions this season, the Premier League and at the beginning of our League Cup-winning journey.

Norwich will be further weakened by the absence of the likes of ex-Liverpool loanee Ozan Kabak, Brandon Williams, Max Aarons, Andrew Omobamidele, Adam Idah and Grant Hanley — who recently played a blinder against Liverpool at Anfield.

In the red corner, Thiago Alcantara’s injury sustained in the warmup at Wembley has fortunately been described as not serious by Jurgen Klopp: “We don’t know exactly how long. For the weekend, not sure. Maybe Milan? But after that, definitely.”

In any case, Thiago would’ve been nowhere near this Norwich game. His injury does impact things, though. Naby Keita was forced to play 80 minutes while James Milner and Harvey Elliott both came off the bench, playing through extra time before both burying their penalties.

All of that means we’ll likely only see one of Harvey Elliott and James Milner be asked to go again, with the other saved for the bench. The smart money would be on the younger man lining up alongside fellow youngsters Tyler Morton and Curtis Jones.

Behind them, cup hero Caoimhin Kelleher will likely be given another start in goal. The unexpected extra minutes for Milner also all but guarantee a place for Conor Bradley to play alongside Ibrahima Konate, Joe Gomez and Kostas Tsimikas, who will all be champing at the bit having been at the forefront of the Wembley celebrations.

Up top, Alex Oxlade-Chamberlain, Divock Origi and Takumi Minamino will surely all see starts, which will be just reward for their efforts in the buildup to the League Cup final. Taki and Ox will particularly want to put themselves about having not been involved in the capital.

For the first time in a long time, Liverpool have a squad that is completely equipped to compete on all four fronts.

“The reality is to win something you have to be focused on the next step and not the one after that. That’s what we do,” said Klopp today.

With a ninth League Cup in the cabinet, Liverpool are right on the prowl.